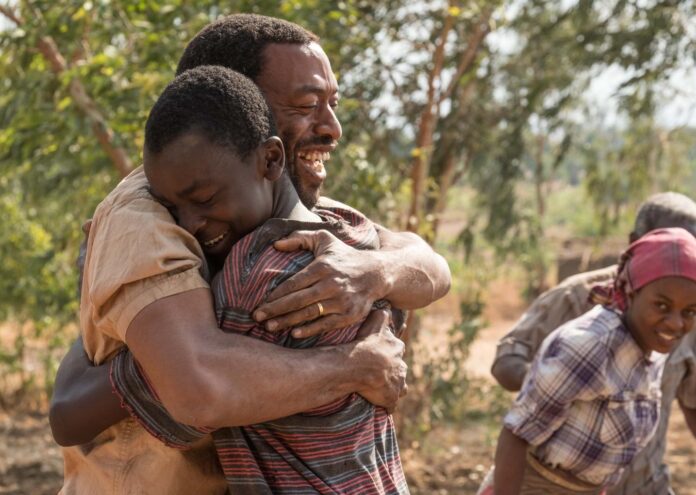 Nigerian Nollywood is one of the three largest film industries in the world, along with American Hollywood and Indian Bollywood, and ranks second in the number of films produced annually, behind only Bollywood. But for us this movie remains practically unknown. And in vain! After all, these films show African life much more realistic than Western ones, and in terms of picture quality they are often not inferior to American blockbusters. And Hollywood stars of African descent are increasingly taking part in filming or acting as directors and producers of films. We’ve put together a whole list of cool African films, from biographical stories to comedies to dramas.

Let’s understand the concepts first. After gaining independence from Britain, Nigeria’s film industry received government support. Local films were supposed to dilute the colonial repertoire of Nigerian cinemas. Very quickly they became popular among the local population because they were based on stories that are much closer and understandable to Nigerians than the plots of American and Indian cinema. However, the real breakthrough in Nigerian cinema came in the 1990s. And only ten years later, the local film industry drew attention in the West. In 2002, an article was published in The New York Times, where the informal name “Nollywood” appeared for the first time, which, however, is not liked by all local filmmakers.

Another important question: which films belong to Nollywood? In addition to filming in Nigeria itself, films from other African countries are often included there, released in English for subsequent distribution in Nigeria. Still, this country with a population of 200 million remains the main sales market in Africa. In addition, the work of Nigerian directors filmed abroad is often ranked as Nollywood. One thing is clear: today Nollywood dominates the entire African continent. Moreover, local films are increasingly winning prestigious awards at foreign film festivals and are nominated for an Oscar.

Now in Nollywood, about 1000 films are released annually – almost the same as in Bollywood. As in Indian cinematography, low budgets remain the main problem for the local film industry, which often suffers from the quality of filming. Romantic comedies and dramas are the most popular in the country, but musicals, horror films, cartoons, and even crime dramas Nolly-noir are also filmed here. Attention! Now there will be a spoiler for absolutely all Nollywood cinema: a decent Nollywood film must have a good ending, otherwise, it will never become popular with the local audience.

Half of a Yellow Sun

Half of Yellow Sun | the Year 2013 | Directed by Biyi Bandele

This is one of the most famous Nollywood films in the world. It is based on the eponymous and very popular book written by Chimamanda Ngozi Adichie. The book has received several international awards and was included in the list of the “100 most influential works of the world”. The film, in turn, won a special prize at the Toronto International Film Festival. The main roles in the film were played by Hollywood stars Ejiofor Chiwetel, known for his work in the films “12 Years of Slavery”, “2012” and “Love Actually”, as well as actress Thandie Newton, who also starred in the series “Westworld”. The main action of the film takes place during the civil war in Nigeria (1967-1970) and tells about the life of two sisters and their families on the territory of the unrecognized republic of Biafra. In the center of the Biafran flag, the sunrise was depicted, or “half of the yellow sun” – hence the name of the painting.

Despite the fact that Nigeria is the richest African country and the largest oil producer on the entire continent, half of its population lives below the poverty line. Income differentiation is such an acute problem here that it is reflected in the plots of films. Perhaps one of the most popular stories in Nigerian cinema is to send the heir (s) of a wealthy family to experience all the delights of life in poverty. It was this plot that formed the basis of “Mechanics”. The film begins with a typical wealthy middle-class apprenticing his son to a huge open-air auto repair shop. And then during the day, the teenager learns all the delights of the life of the working class in Nigeria: love stories, political disputes at dinner, and interpersonal conflicts. In addition to interesting characters, the writers’ sense of humor is also worth noting.

Another story from the “Prince and the Pauper” series. This time, the main character (again a teenager) travels from the United States to Nigeria to visit his aunt and learn more about his roots. Unlike American abundance, there will be no internet, no electricity, or even a normal shower on the spot. Moreover, his cousin is a real swindler who is only looking for a way to heat someone on something. By the way, from this film, you will find out who these people are, who write strange emails about “I want to leave you my inheritance because I have no heirs and I have not long to live”, why are they doing this and is it so profitable!

We end the series “The Prince and the Pauper” with a bright, interesting, and funny social drama “To the North”. This time, the main character is a real metropolitan major and an arrogant person – by the decision of his father, he is sent to go through an army training camp. Yes, not just anywhere, but to the northeast of the country to the Muslim state of Bauchi, known for its strict rules and traditions. The protagonist will have to get to know them, and at the same time shake the strict foundations by creating a women’s running team at a local school. Well, it will also be interesting for us to look at the life of the Muslim part of Nigeria, at the most beautiful landscapes of the region, interesting traditions, and bright national costumes.

Although considered a dramatic comedy, this movie is more like a drama. The plot is based on the story of a Nigerian woman politician who is invited to run for governor of the state. The film shows the political life of the country with corruption (Nigerians also like to show it in films), alliances and collusion, dishonest campaigning, black PR, and other delights of the election race. In addition, not only is the main character a woman, but she also hails from another state and does not speak the local language (there are 300 local languages ​​in Nigeria), and this is an important detail for a political career. The movie ends with a confrontation for the governor of the heroine with her own husband. And then, from the political struggle, the story moves on to the issues of family, marriage, and personal ambitions.

Citation is one of the last Nollywood films to be released on Netflix. In the story, the main character – the best student in the faculty – accuses one of the most popular university teachers, the owner of a Harvard diploma and a whole bunch of awards, of harassment. The ethical commission established at the university will have to sort out these accusations, listen to witnesses from among other students who are in no hurry to speak out against the respected teacher, and decide which side they will take. The film is set in Nigeria, Senegal, and Cape Verde, which is why English, French and Portuguese are mixed in the characters’ speech. It is worth noting that this movie is much closer to our realities than any Western movie about harassment and abuse of power.

It is one of the hardest films in our selection. He talks about the sex traffic from Nigeria to Europe or rather shows the life of Nigerian sex workers in Austria. In general, the sale of people into slavery is considered the third most frequent crime in Nigeria after drug trafficking and financial fraud. All because of the rapidly growing population, extreme poverty, and huge unemployment. According to various NGOs, there are over a million slaves in the country. In search of a better life, tens of thousands of Nigerian women are sent to Europe every year, who are promised jobs as cleaners but are drawn into the sex industry. In addition to standard measures to restrain girls, they are also intimidated with voodoo rituals, which in Nigeria are called “ju-ju”. A similar ritual is shown at the very beginning of the film. By the way, Nigerian women involved in sex trafficking are not so rare in the post-Soviet space. You can see the real story of one of these girls in this Youtube documentary.

The boy who harnessed the wind

Moving on to films based on real events. The film “The Boy Who Bridged the Wind” is based on the autobiography of a young inventor from Malawi, William Kamkwambi… In 2013, TIMES magazine included him in the list of “30 people under the age of 30 who are changing the world”. However, the story in the film begins much earlier and depicts the childhood of a young man in a Malawian village. William was born into a poor family of maize farmers. Due to poor harvests and lack of money, he was forced to drop out of school.

However, a passion for learning and an interest in electronics led to the fact that in 2006, William, from scrap materials and parts found in a factory landfill, made a wind turbine to generate electricity, and then assembled a solar-powered water pump that provides drinking water. the whole village. William’s story became popular thanks to the local press, and in 2007 the young man was invited to speak at TED Talks in Tanzania. Those who saw him perform venture capitalists decided to pay for the young man’s college education, and then he received a university scholarship in the United States. It is worth noting that despite the fact that the British team worked on the film, the already mentioned famous actor of Nigerian origin acted as its director. Ejiofor Chiwetel.

The Queen of Katwe

This film does not formally belong to Nollywood, as an international team working on it, and the shooting took place in Uganda. However, it was impossible not to include it in the selection, especially against the background of the growing popularity of chess, after the release of the series “Queen’s Move”. The Queen of Katwe is a biographical drama about the Ugandan chess player Fiona Mutesi…

Fiona became the first titled chess player in Uganda and represented the country in four world chess Olympiads. The film shows the childhood of a girl who grew up in a slum in the suburbs of the Ugandan capital Kampala and, instead of going to school, was forced to sell maize in the market. The girl started playing chess by accident when she got into a section funded by a Christian missionary program. Fiona’s story is very similar to the plot of “Queen’s Turn” and even looks much more interesting! By the way, the main character’s mother in the film was played by Lupita Nyong’o, who was nominated for an Oscar for her role as Patsy in the Hollywood film 12 Years of Slavery.