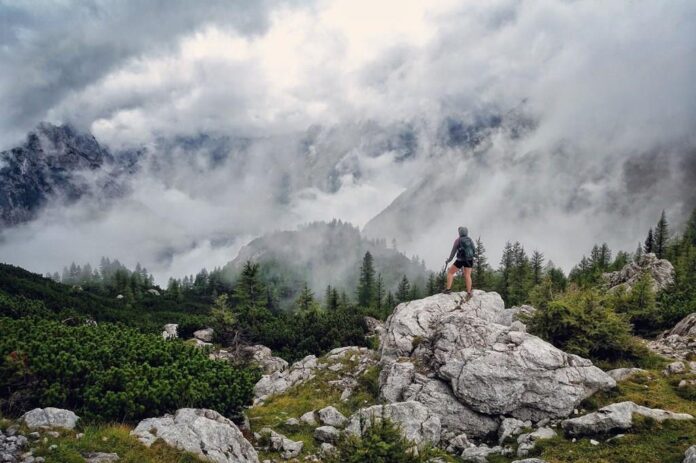 Unusual places for ecotourism: Green Destinations, a nonprofit organization, runs an annual competition among eco-friendly travel destinations and compiles a list of 100 locations that are adopting a sustainable approach. The list is published each year along with stories in which the winners share their best practices in the field of sustainable tourism. Thus, the organizers thank the initiatives that are trying to make their destinations more environmentally friendly, responsible, and attractive to caring visitors.

Of course, being on the list does not imply that the place is completely environmentally friendly. Rather, it means expended effort and visible progress, as there are no fully sustainable tourism destinations. All one hundred places can be viewed on the Green Destinations website, and we have prepared for you a translation of information about ten of them in different countries of the world.

Australia made the list thanks to three natural sites: Lord Howe Island, Townsville, and Port Douglas. Let’s talk a little more about the latter. Daintree National Park in Port Douglas is the only place in the world where there are two World Heritage Sites nearby: reefs and rainforest. The park stretches from the Great Barrier Reef, the world’s largest reef system, to the forest along the Daintree River, home to the world’s most unique ecosystem – both just minutes away from each other. Of course, a huge number of tourists come to the region who want to explore such an unusual landscape: on Four Mile beach you can bask in the tropical sun while admiring the palm trees and mountain ranges, and on the Great Barrier Reef you can swim with turtles and exotic fish. Generally, The Daintree Rainforest, estimated at 125 million years old, is one of the most biologically diverse regions on the planet. There you can find exclusively local animals: for example, southern cassowaries and combed crocodiles.

Romania was marked in the list with only one item, but how! The Vanatori-Nyamt Natural Park has become an excellent example of how to preserve and protect nature, contributing to the prosperity of the diverse fauna and flora of the region. Here you can observe bison in the wild, find traces of the Cucuteni culture, discover medieval monuments, remains of casemates from the Second World War, and monastery villages in the area called “Romanian Athos”.

The so-called “Land of Bison” is a rare place in Europe where these powerful animals can be seen roaming freely in the forest. The program to re-colonize bison in the wild has been successful, with more than 15 calves being born free over the past 5 years.

Throughout the natural park, stretching from mountains to hills and plains, in four protected areas, almost 3,000 species of fauna and flora can be observed. And the ancient source of saltwater is more than 8000 years old. During World War II, it became the last frontier of the front line.

Slovenia is a great destination for ecotourism. Here are the top spots: Bled, Brda, Soča Valley, Ljubljana, Logarska Valley, Miren, Podchetrtek, Rogaska Slatina, Kochevsko. Of all of them, we will focus on the last one.

Kočevsko is one of the regions of Slovenia where it is easy to feel the unity with nature inside a huge forest. While walking through the Kochevsko forest, if you’re lucky, you can meet a wide variety of animals. The most powerful of these is by far the brown bear. It is often possible to photograph the giant during a guided excursion through the forest. If you look carefully and not be distracted, you will certainly notice a deer, roe deer, lynx, fox, wolf, or even a wild boar. And along the lake Kochevye there are many species of birds and small animals, in the lake itself there are schools of colorful fish. In addition, the Kočevsko region is located as conveniently as possible: you can visit it during a day trip from Ljubljana or on the way to the sea.

Puerto Natales is the capital of the Ultima Esperanza province in Chile. The city is located at sea level on the banks of the Senoret Canal and right at the foot of the Patagonian Andes. This place is a concentration of stunning natural landscapes, among which are the world-famous: Torres del Paine National Park and the Cueva del Milodon Natural Monument. From the gentle slope on which the city is located, you can see the Riesco mountain range, the Payne massif, and the South Icefield snowdrifts. Its population is 15,500 inhabitants, but at the same time, the main tourist flow in the region passes here. The Puerto Natales Administration promotes the city as a sustainable tourism destination, engaging local communities, showing the value of indigenous traditions, and protecting and preserving nature.

New Zealand is full of stunning locations, but the experts have chosen only one: the Bay of Plenty. It stretches for 125 kilometers of coastline and includes two marine reserves, 24 offshore islands, the Virinaki te Pua-a-Tane nature reserve, and beautiful beaches. Tourism in the Bay of Plenty region is focused on long-term sustainability and environmental restoration. To achieve these important goals, residents balance the impact of tourism on the environment and maintain their lifestyles, while preserving the heritage of Maori culture and developing the economy.

The island of Taiwan made the list with several places: the Northeast Coast and Yilan County and Lake of the Sun and Moon. Low-carbon travel is a key feature of the latter. The Sun Moon Lake is one of the most important hydropower-producing areas in Taiwan. It is a form of renewable energy based on the use of environmental conditions – in this case, thanks to the circulation of water in the lake. The site has been popular with travelers for many years, with an elaborate cable car system, electric boats, and bike paths.

The list includes the Galapagos Islands and the Anangu Kichwa tribe community. The latter is located on the territory of the Yasuni National Park, including by the UN in the list of biosphere reserves in the world. The park is home to 600 species of birds, 173 species of mammals, 120 species of reptiles, 150 species of amphibians, 250 species of fish, 2,000 species of trees and plants, and more than a million species of insects. Impressive! The area is also home to indigenous tribes such as the Anangu tribe. Community members have long lived according to the core values ​​of their culture: respect for nature and social traditions, both within their tribe and between tribes. Based on their knowledge of the land of their ancestors, the Anangu created rituals that allow visitors to the community to realize the importance and wealth of the Amazon rainforest.

Travelers can take part in unusual tours: for example, go to see the cliffs rich in clay, which are nibbled by the feathered inhabitants of the jungle in whole flocks, making up for the lack of trace elements. The standard set for a happy visitor to the community usually includes observing the vast greenery of the Amazon and its biodiversity while walking on the suspended bridges, canoeing along the streams, attending a local shamanic ritual, stories and legends from the mouth of an Anangu representative, kayaking on tranquil the waters of the Napo River and tasting of local delicacies. Solar panels operate on the territory, programs for sorting waste and purifying used water have been introduced.

The list includes the village of Fiskars and the Posio region. Posio is an ideal destination for tourists who appreciate measured and sustainable travel. The snow-covered trees of the Riisitunturi National Park, Finland’s largest frozen waterfall in Korouoma Canyon, the kilometers-long beaches of Lake Livo – all these completely different attractions are less than an hour’s drive from each other.

Riisitunturi National Park was established in 1982 to protect the hillside swamps, and the Korouoma Nature Reserve was formed around a bedrock fault up to 130 meters deep. In the Korouoma Canyon, the heart of the reserve, there is a gorge 100 meters deep, and a short scenic trail runs past three waterfalls. Another 30-kilometer route runs through the nature reserve and the gorge, but this time following the Korojoki River.

In the Posio region, there is another national park, Syuete, famous for a chain of old forests that stretches across three municipalities. Well-groomed and marked walking trails are laid out here. You can walk to Livoyarvi and Kitka lakes – they are famous for their crystal clear water and an abundance of fish.

One of the largest countries, oddly enough, did not hold the record for the number of places supporting ecological tourism practices. In the United States, the initiative has recognized only three: Breckenridge (Colorado), Vail (Colorado), and Transylvania County (North Carolina).

In the western part of North Carolina, in the heart of the Blue Ridge, surrounded by national forests and common lands, is the city of Brevard. It stands in a ring of 100,000 acres of untouched land, including the Pisgah and Nantahala National Forests, Dupont Forest, Gorge Park, and Headwaters Forest. Thoughtful hiking and cycling trails are equipped here for tourists, and if you are not in the mood to follow the trail, you can look at the third oldest river in the world, French Brod, and the largest rock monolith east of the Mississippi – Looking Glass.

Dubbed “the land of waterfalls,” the city of Brevard and the County of Transylvania has a record number of more than 250 in North America. Brevard is serious about sustainable tourism and is one of the first North Carolina destinations to introduce practices to reduce waste, save energy, improving and maintain critical forest infrastructure.

Most of the places on the list are localities: Kyoto, Miura Peninsula, Niseko Town, Okinawa Prefecture, Shirakawa Village, and Kamaishi Town.

In the city of Kamaishi, located on the southern coast of Iwate Prefecture in North Honshu, travelers can live simultaneously on the ocean and at the foot of the mountains in a uniquely beautiful place. The city of 33,000 was severely affected by the tsunami caused by the 2011 earthquake and is now taking steps to introduce ecotourism.

The city is actively using renewable energy sources and reducing solid waste. The Kamaishi authorities even created a subsidy system for converting residential buildings to new types of energy, such as solar, and for using vegetable fuel for heating. And in order to minimize the impact of transport on the environment, a special bus service has been laid in the city, which allows reducing the amount of personal transport and emissions of exhaust gases.

Previous article
Nollywood: 9 films about Africa filmed
Next article
5 films for those who miss Spain