Finland: What to do in summer and autumn 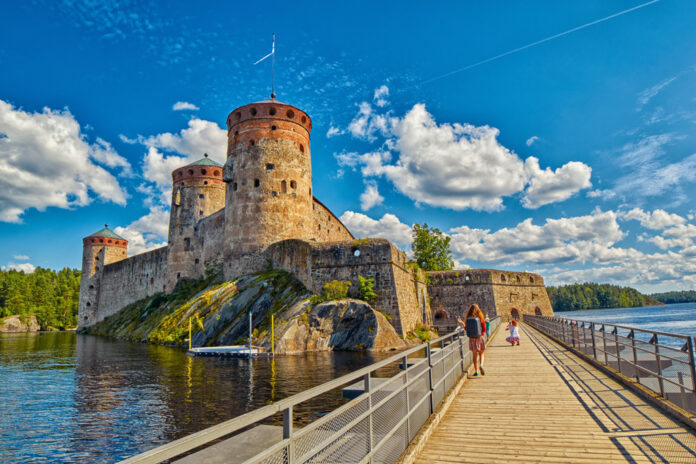 Finland is most often associated with cheap low-cost airlines that allow you to fly to Europe inexpensively, weekend shopping tours, cottages on the lake in summer, and more or less good ski slopes in winter.

But in reality, our northern neighbor is much more multifaceted and here you can find a lot of interesting things at any time of the year. In this article, we will tell you what options for recreation are possible in summer and autumn and what you can do there while it’s not too cold outside.

It is logical to start your acquaintance with Finland from its capital, and if you are visiting Helsinki for the first time, then at least one or two days should be devoted to this city. It is imperative to take a walk in the Esplanade Park, look at the Sea Nymph fountain, wander among the rows of the Market Square and go to the Cathedral on the Senate Square. Climb to the observation deck to the Assumption Cathedral, look into the modern Campi Chapel of Silence and the old church in the Temppeliaukio rock; ride the circular tram number 2/3 and listen to the wind blowing through the organ pipes of the Sibelius monument.

After you’ve seen the city’s main attractions, it’s time to head out to explore the maritime surroundings. Literally 2 kilometers from the coast (15 minutes by ferry) there is an island with a fortress Suomenlinna (Sveaborg), which was originally Swedish, at the beginning of the 19th century passed into the hands of the Russian Empire, and then, by inheritance, went to the Finns. You can walk around the territory of the fortress, walk along its stone walls or look into one of the 6 museums that are inside. If you wish, by the way, you can even spend the night there – there is one hostel hotel on the island.

Another interesting place near Helsinki is the Seurasaari Open Air Museum. Despite the fact that it is located on the island, you will not have to sail there, there is a pedestrian bridge leading to it. This place is popular not only among tourists, but many Finns also come here; here you can take a walk, arrange a picnic, and sunbathe on the beach.
The Seurasaari Open-Air Museum contains all kinds of farms, houses, barns, mills from all over Finland, so if you want to get a little closer to the history of Finland and its architecture, this is a great place to do it. And yes, do not forget to grab some nuts or seeds – a huge number of squirrels live in the park.

Boat tour of the archipelago

Well, if you want to see several hundred small islets around Helsinki at once, go on a sea excursion around the archipelago. Such a trip is at the same time a great way to see the city from the outside, to look at the embankments, palaces, and parks from a new angle and, possibly, to see something new that is not easy to see from land.

If you come to Finland with children, one of the great options for spending your leisure time is visiting the water park, which is located 20 kilometers from Helsinki. This is especially true in summer since one of the main attractions of the Serena water park is its open part, where you can ride on water slides in the open air. In addition to the slides in the open part of the park, there are pools, cafes, and even sun loungers – in case the weather turns out to be so sunny that you want to sunbathe while the children frolic on the rides.

Well, when it gets cool, you can move under the roof – splash in a pool with artificial waves, lie in a jacuzzi, stand under a waterfall, warm up in a Finnish sauna or a Turkish steam room, and, of course, appreciate the remaining slides; there are even more of them inside.

Another option for families with children is the Linnanmäki Amusement Park, which has more than 40 attractions, an oceanarium, slot machines, a 3D cinema, a stage where artists perform, and many cafes and restaurants.

If you like such an entertainment plan, then it is better to allocate a whole day to the park – with a ticket you can bypass all the attractions an unlimited number of times, so all this will take a lot of time.

By the way, you can look into the park even if your budget is very limited – more than 10 rides here are absolutely free, and among them is the Panorama tower, which offers a panoramic view of Helsinki, as the name suggests.

In the national parks of Finland, the infrastructure is well developed – marked routes, information centers, prepared places for recreation, including prepared firewood for a campfire in parking lots, in general, everything that is needed for lovers of active tourism.

The closest national park to Helsinki is Nuuksio, located just 35 kilometers from the capital. The park has several tens of kilometers of marked trails and forest trails for both hikers and cycling enthusiasts.

Nuuksio Park has a lot to do, besides walking in the fresh air – for example, walking in the swamps in swamps and taking a ride on the lake in kayaks or a 12-seat church boat, mastering ax throwing and archery, visiting a deer farm, and playing a forest quest. fish and steam in the sauna by the lake.

Also in Nuuksio Park, there is an interesting nature center Haltia, with many exhibitions and expositions where you can see the nature of Finland in all its glory. By the way, the building of the center is interesting in itself – it is built entirely of wood, it is heated in winter and cooled in summer by 75% due to the energy of the sun and the earth – 15 geothermal wells were drilled in the rock under the center.

Well, for those who want to get away from civilization, there are also suitable places in Finland, for example, the island of Örö, which is located 180 km from Helsinki. By itself, Örö is quite a small island, in the longest part it reaches 3.5 kilometers; however, compared to other islands in the archipelago, it looks like a giant. For a long time this island belonged to the military (at first Russian, and then Finnish) and therefore was closed to the public, but now it is developing as a tourist destination. The main attraction on the island is the 305-mm cannon of the Obukhov plant, model 1907, as well as fortifications, barracks, and observation platforms. Entertainment – sauna, fishing, and bike rental.

And of course, being in Finland, one cannot but get acquainted with Finnish cuisine. Although not as popular as Italian or Japanese, there are dishes here that are definitely worth trying. Among them:

If we talk about Helsinki, then there are quite a few interesting places where the food is delicious. For example, for breakfast, it makes sense to drop by a cafe at the Fazer brand store or the Ekberg restaurant – on weekends, locals are very fond of gathering here. For lunch, you can go to the Juuri concept cafe or the iconic Kappeli and dine at the Meripaviljonki floating restaurant, the stylish Ravintola Nokka, or Savotta overlooking the Cathedral.