Countries of Europe – A Wanderlust for Life 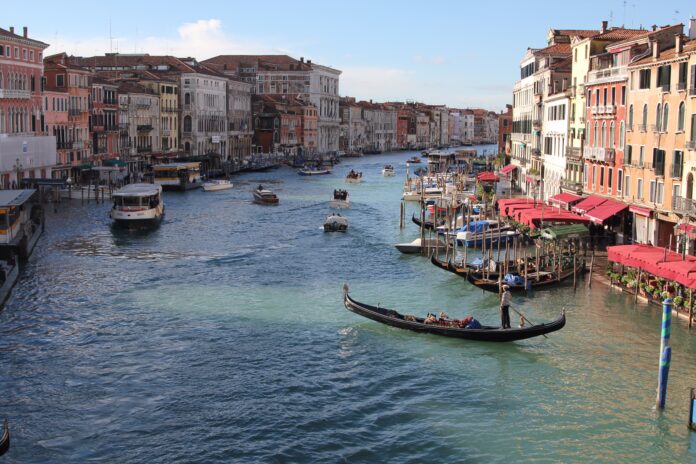 Countries of Europe – Europe is the second-smallest continent, and it could be described as a large peninsula or as a subcontinent. Europe is the western portion of the Eurasian landmass and is located entirely in the Northern Hemisphere. Several larger islands belong to Europe, such as Iceland or the British Isles with the UK and Ireland.

How many countries are there in Europe?
Europe is shared by 50 countries. By the conventional definition, there are 44 sovereign states or nations in Europe. Not included are several countries namely Turkey, which occupies only a small part of East Thrace on the European Balkan Peninsula.
Cyprus, an island in the Mediterranean Sea, is geographically part of Asia Minor (Middle East).
The Faroe Islands, an island group between the Norwegian Sea and the North Atlantic Ocean are a self-governing territory of the Kingdom of Denmark.
Greenland, which geographically belongs to North America, is as well an autonomous Danish territory.
Kosovo is a partially recognized state in the Balkans.
A small piece of Western Kazakhstan is also considered to be part of Europe.

Population
An estimated 747 million people live in Europe. The most populous country in Europe is the European part of Russia with a population of 110 million people, followed by Germany with 83 million citizens, and Metropolitan France with 67 million inhabitants (in 2020).
(Source: UN World Population Prospects)

Do read – Switzerland – The Best 10 Places to Visit

European Regions – Conventionally there are four main geographical regions or subregions in Europe.

Northern Europe refers to the portion of Europe to the north of Western Europe, the English Channel, and the Baltic Sea; it also includes the Baltic republics of Estonia, Latvia, and Lithuania.

Western Europe is the western part of Europe; it is bounded by the Atlantic Ocean in the west, the English Channel and the North Sea to the north, and by the Alps in the south.

According to the United Nations Population Division, approximately 194 million people live in Central Europe (in 2019).

Do Read – Belgium – How to Get Around Like a Local

Conventionally Eastern Europe is the geographical region east of Germany and west of the Ural Mountains. The United Nations geoscheme lists ten countries including the former Eastern bloc countries of Poland, Czechia, and Slovakia (formerly Czechoslovakia), Hungary, Romania, and Bulgaria, the former Soviet republics of Belarus and Ukraine, as well as European Russia.

According to the United Nations Population Division, approximately 290 million people live in Eastern Europe (in 2019).

Baltic Capitals – That should be on your travel radar

Highest Point
With a height of 5,642 m, Mount Elbrus is Europe’s highest mountain. The dormant volcano lies in the Caucasus Mountains in southern Russia.

Mont Blanc at 4,808 m is the highest mountain in Western Europe and the highest peak of the Alps.

Longest River
Europe’s longest river is the Volga with a length of 3,530 km (2,190 mi); the river’s catchment area is almost entirely inside Russia. The river flows into the Caspian Sea.

The second-longest river in Europe is the Danube with a length of 2,850 km (1,770 mi), the longest river in the European Union region flows through ten countries and empties into the Black Sea.

List of official, national and spoken Languages of Europe.

At the fringes of the countries languages may overlap and used interchangeable, this means, people in the border regions of countries might understand and speak the language of the neighboring country.

Is there a common language in Europe so that all Europeans can talk to each other?

Eh, no, not really. There are Europeans who have learned Spanish, French, German, English, or even Latin as a second language, so they might be able to use it in the country where those languages are spoken.

On the other hand, English is on the rise used not only in Europe as a lingua franca, especially by the younger generation of Europeans, even so France tried hard to protect its citizens from the unwanted influence of English on French (language) culture.

However, the EU, the European union of 28 member states has 24 official languages, but in practice only two are used most often: English and French.