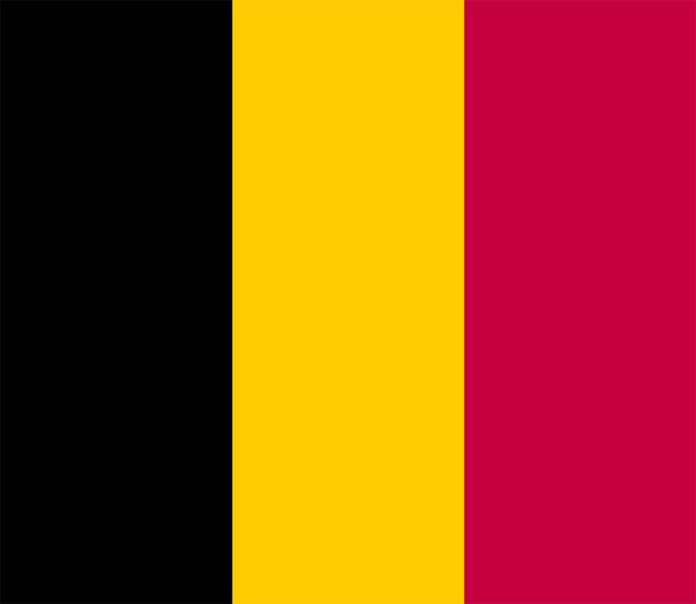 Belgium, grouped with Luxembourg and the Netherlands to make up the Benelux countries, is a fascinating tourism destination. It’s a required side trip on the Grand Tour for beer and chocolate lovers. The landscape is a lush green, and it’s flat for easy rural walking. There are plenty of castles and gardens to keep the traveler enamored with the medieval period busy.

And talk about diversity! Belgium is divided into three regions, each with language, culinary and cultural differences. The Flemish Region or Flanders occupies the north, the Walloon Region or Wallonia occupies the south, and the Brussels-Capital Region is central to Belgium.

Belgium doesn’t seem to take the standard prizes in the “What’s the best place in Europe to visit?” popularity sweepstakes, which is why I tend to think of it as Europe’s Best Kept Travel Secret.

One of the great things about visiting Belgium is its diminutive size and the interesting cities crammed together so they’re just a short train ride from each other. You won’t spend a lot of time (or money) getting from one destination to another. Plus, it’s very easy to get to London and Paris as well as other destinations in Germany, the Netherlands, and Luxembourg.

The Thalys high-speed train whisks you from Brussels to Paris in about an hour and a half. Brussels to London takes a little over two hours. You can be in Cologne, Germany from Brussels on the cheaper normal trains in under three hours.

The major cities popular with tourists are Brussels, Bruges, and Ghent, and Antwerp, followed by smaller cities like Liège, Dinant, Damme, Mechelen, and Mon.

Belgium is also a focal point for World War I sites, many including remnants of the rather brutal trench warfare as in the Trench of Death in Dixmude.

Belgium has a wide range of accommodations. There are usually hotels near train stations, many budgets, a few seedy. You may inspect a hotel before committing to it. There are many hostels in larger cities like Brussels.

Belgium has many self-catering accommodations, from small apartments to sprawling villas for large families and groups. Self-catering can save money over renting hotel rooms, especially for families. HomeAway lists almost 400 vacation rentals in Belgium (book direct).

Farm stays are popular with those who like the rural environment; we enjoyed our stay at Hoeve Spreeuwenburg.

What to Eat and Drink in Belgium

Frites -or the misnamed “french” fries. Pretty much the national dish, except for the superb waterzooi. You have them with mayonnaise. Find: The Best Belgian Frites

Waterzooi-from a Flemish word meaning “simmering water” comes to a hearty stew of local fish (or chicken) with vegetables and herbs, often enriched by a trio of the kitchen god’s best: butter, egg yolks, and cream.

Belgian Endive – White Gold, an endive kept in darkness for most of its life. Often served braised (recipe)

Beer – Aficionados of Bud Lite need not read further. The rest of you who like variety and flavor must try one of these: Lambic Ale, Abbey and Trappist Ale, Witbier (wheat), Sour Ale, Brown Ale, Amber Ale, or Strong Golden Ale. You can even order Pilsner. See Belgian Beer Styles and Food Pairings.

The language spoken in the northern region of Flanders speak Dutch. People in the southern region, Wallonia, speak French. German is spoken in the East near the German Border. English is widely spoken in main tourist areas.

If you would like to learn a few words of Dutch, there are online resources enabling you to do so. One of them is SpeakDutch.

Transportation to and within Belgium

Brussels Airport, east of Brussels, is the only international airport in Belgium. “Taxis with a taximeter are permanently available in front of the arrivals hall. The fare from the airport to the city center of Brussels is normally around € 45. Licensed taxis can be recognized by the blue and yellow emblem. Travelers are advised to avoid unlicensed taxis!” There is also a bus service.

Getting to Belgium – By Train

The Eurostar goes between Brussels and London and fast TGV trains link Brussels with Paris and Amsterdam. There is a Benelux rail pass available as well as one which adds France, and one which adds Germany (buy direct). See Our Belgium Map and Travel Essentials for more detailed transportation information.

Belgium is served by an extensive rail system as you can see on the map above. The Belgian Railway is called the SNCB and its website is here. Many discounts and passes are offered to the tourist or occasional traveler.

The fast trains in Belgium are the TGV trains. They run on three routes shown in red on the map. The red Thalys high-speed train links Paris to Amsterdam, Brussels, Cologne, and Dusseldorf.

Rail passes: A Benelux Tourrail Pass is good for five days of unlimited rail travel throughout Belgium, Luxembourg, and the Netherlands within a one month period. Two adults traveling together get a discount. The Youth Pass will save money for folks younger than 26. A France-Belgium-Luxembourg-Netherlands Pass is also available.

The Eurostar will take you quickly from London to Brussels and other cities in Belgium.

There is direct bus transportation from the airport to Antwerp, Eindhoven (Sabena) and to Rotterdam (Virgin Express).

There are about 150,000 miles of highways in Belgium. You will need a car to take you to the smaller villages.

Belgium enjoys a moderate climate. It rains frequently but for short durations in most of Belgium. For an overview of climate throughout the year in some of Belgium’s most popular destinations see the interactive map at Belgium Travel Weather.

Etiquette and Culture in Belgium

Visitors to Belgium might be concerned about cultural habits and etiquette, especially when business is part of the plan. Executive Planet has information on the most common situations that might get you in trouble.

A restaurant in Belgium is a pretty elegant eating place. If you’re looking for something a little more informal, look for a bistro, café, restaurant-café, or brasserie. While food is relatively expensive in Belgium, you can also find broodjeswinkel (sandwich shops), or pannekoekhuije (pancake houses) offering good bargains on food.

A “menu” refers to the special of the day.

See the food section of our Belgium article for what to look for in the way of food and drink.

Service charges are included in the hotel, restaurant, shopping bills, and taxi fares. Belgians commonly round up the total amount to determine the tip.

The currency in Belgium is the Euro. At the time the Euro was adopted, its value was set at 44.3399 Belgian Francs.

Belgian Chocolate and How It Became Popular

You have checked into your hotel. Bags have been dumped on the bed, a map has been procured from the front desk, and off you go.

It won’t be more than 5 minutes before you will encounter a shop with things made of chocolate. Yes, there are little shells like you’ll encounter in Guylian chocolates–but there are way more tempting ways to market chocolate for some people: if you don’t want your children to gander upon the lusty wonders as you see in the picture, you may need an opaque shopping bag to throw over their heads. Belgians do not flee, especially from breasts.

Belgians make relatively pure chocolate, but so does Italy. There’s a reason you think of Belgian chocolate before you think of Italian chocolate. First of all, there are over 2,130 chocolate shops in little Belgium. Then there’s consumption:

“According to the International Cocoa Organization, Belgium ranks number two in per capita consumption of chocolate, with Belgians enjoying an average of 11.03 kilograms per year.”

During the 17th century Spain ruled Belgium. The Spanish consumed chocolate as a drink from chocolate they got in South America.

Once the Belgians got a taste for it, they looked for their own source. Remember the deep, dark, Belgian Congo? Yep, they exploited it for cocoa beans.

Neuhaus, Belgium’s first chocolate shop, opened in Brussels in 1857. They’re still kicking, and you can even order their chocolate from the US: Neuhaus Chocolates.

It wasn’t so long ago that railway stations weren’t tall sheds or malls with shopping and a jumble of train tracks. Even in the 1970s there were some great, elegant restaurants in some of Europe’s train stations. To go to the station wasn’t all a burden but an adventure.

The station that’s stood out to frequent travelers is Antwerp’s central station. Built between 1895 and 1905, it replaced a wooden station built-in 1854 by Auguste Lambeau.

The station is surrounded by diamond and gold shops. If that wasn’t enough to be reverential about, the 44-meter high glass vault reaching toward the heavens was designed by the architect J. Van Asperen.

You should visit, even if you’re not going anywhere. But then again, there are compelling cities not so far from Antwerp to explore. Look at the chart of departing trains. Dreaming is planning, too.

You could, after all, head to Rotterdam to buy a warm Belgian waffle with chocolate melted on top

The Railway cathedral was recently updated, the renovation started in 1993 was completed 16 years later–in 2009. This, like the chocolate, horses, mussels in great, steaming pots, and long, rambling countryside walks are things about Belgium to remember.

Walking and Biking in the Belgian Countryside

The picture you see above shows you just about all you need to know about the Belgian countryside near the Netherlands border. There are those horses. They are everywhere. The ground is flat. The polder landscape holds a secret: amongst those trees in the background there are waterways, and many of the waterways had towpaths which are now bike and trekking paths that criss-cross the country, even ​between big cities.