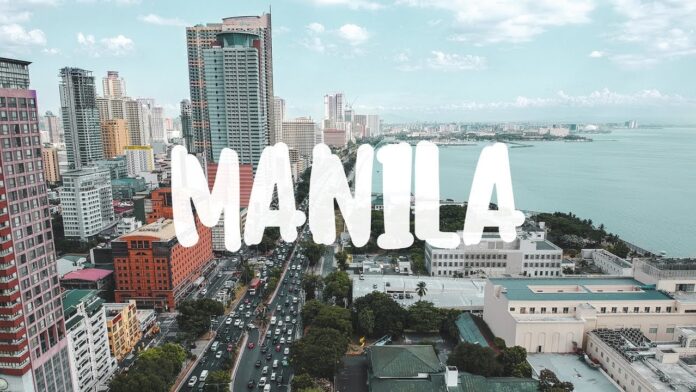 Manila, like many Asian capitals, suffers from overcrowding and has been struggling to get rid of the slums for decades. The unsightly image of the main Philippine city is somewhat brightened up by the remnants of the Spanish architectural heritage (the city was the capital of Spanish possessions in Southeast Asia for 300 years) and islets of modern buildings and shopping centers that are now growing here quickly and densely. However, it is hardly worth spending more than two days on them. Everything outside the concrete city – and that, for a minute, at least 7100 islands – deserves much more attention.

You can eat quickly and safely in numerous and varied fast food chains – they feed not only burgers there. Manila cafes offer cheap and hearty food – rice with all kinds of meat additives. It is interesting to spend evenings in numerous restaurants on the promenade embankments near Rizal Park or SM Mall of Asia. For gourmet delights, go to one of the best restaurants in Manila, Casa Armas, in the Malate area. And all at once: both bread (in the form of Filipino cuisine) and spectacles (in the form of traditional dances) can be found on Adriatico Street. For example, at the Zamboanga restaurant.

Places to Visit in Manila

Conserved in the state of the 18th-19th centuries, the Manila area inside and around the old Spanish fortress (its walls have survived to this day). The main architectural treasures of the Philippine capital: a fort, cathedrals and churches, monasteries, museums, and a university are compressed here for several tens of meters. You can walk along the old alleys on foot, but for the sake of completeness, it is better to go around them in a wheel, an old horse-drawn carriage, decorated with all kinds of ribbons like a wedding carriage.

This structure was built for Pope John Paul II in 1981. But it went down in history for a completely different reason – as one of the examples of the “unheard-of generosity” of the wife of the then Philippine dictator Imelda Marcos. The first lady was known as the main spender in the country (her luggage during her trips abroad was 200-300 suitcases, and her addiction to diamonds became the talk of the town). Coconut Palace is one of her high-profile spendings. The residence cost the treasury an astronomical amount, for the Philippines at that time, an amount of $ 10 million. In addition, in fact, the buildings here are worth seeing a beautiful garden, a park of butterflies and orchids.

Chinatown in Manila’s Binondo district is the oldest Chinatown in the world; mainland Chinese settled here already at the end of the 16th century. The best time to visit it is late January-early February, during the Chinese New Year. However, on ordinary days you can walk or ride in a kalesa along the colorful shopping streets with Buddhist temples, kung fu schools, and Chinese restaurants where shark fins and fragrant steamed dim sum dumplings are prepared.

One of the oldest cemeteries in Manila has long been a popular tourist attraction, not least because it is one of the few places in the city that is quiet and green. It’s not scary here at all and very informative. Many crypts here look better than other residential buildings in Manila. By the way, these crypts sometimes actually become inhabited when relatives come to visit the dead. Some crypts have two floors, air conditioning, toilets, even showers. Guides work at the Chinese cemetery, whose services should not be neglected – for 1-2 hours of excursion they can tell a lot of interesting things about the tumultuous cemetery life.

The Spanish conquistadors began to build Fort Santiago at the same time as the Fortress of Intramuros. He was her keep and the main strategic part. This is a classic medieval fort with soldiers’ barracks, powder depots, and damp dungeons.
In modern times, Fort Santiago has gained fame mainly due to the movement to liberate the Philippines from the colonial yoke. It was in the local dungeons that Jose Rizal, the famous fighter for the independence of the Philippines, was kept and then executed. During the Second World War, the fort was partially destroyed. The walls of Santiago offer excellent views of the well-kept park and the sea.

Built-in 1587, the Catholic Cathedral of St. Augustine is one of the few medieval buildings that survived in Manila after the bombing of the Second World War. This oldest Christian church in the Philippines still operates today. The interior of the cathedral has preserved ancient frescoes, stained glass windows, and carvings. Not far from the church is the Museum of St. Augustine – a real treasure trove for antique lovers.

All the most expensive hotels, clubs, and restaurants in Manila are located on Roxas Boulevard. Life here does not subside for a minute. At dawn, the boulevard is at full disposal of athletes in pursuit of a healthy lifestyle; During the day, it is filled with a motley crowd of locals and idly loitering tourists in a hurry on business, and the sunset on Roxas Boulevard is a must-see when visiting Manila. At this time, the sun paints the sky, sea, palm trees, and sand with thousands of bright colors.

The Orchid Gallery is located in Rizal Park and is a very cozy interweaving of paths, streams, lawns, and ponds. All this is strewn with orchids blooming all year round and many other tropical flowers. There is a small pavilion with butterflies in the park, as well as a good restaurant.

This small, cozy establishment serves traditional Spanish and Filipino cuisine. The appearance of this restaurant, located in a carefully restored mansion from the era of Spanish rule, sets visitors in advance in the right mood and helps them to feel all the nuances of life in the southern colony. Those who are tired of the “white man’s burden” can relax in the nearby Kuatro Kantos Bar coffee shop. The atmosphere is casual and the desserts are delicious. Plaridel Masonic Temple is located almost opposite the restaurant.

Taal is a small volcano with a lake in a crater, located in the middle of a larger lake. This lake, in turn, is an ancient crater formed as a result of past eruptions of the “Big Taal”.

The easiest way to get to Taal from Manila is with one of the tours organized by local agencies. The ascent to the crater starts from the town of Talisay and takes about four hours in both directions.

A place where you can relax for a couple of hours from city noise and smog. In addition to exploring exotic marine life, here you can have fun diving in the aquarium, viewing the fountains, or giving yourself up to be eaten by fish at the fish spa.

Q. Is Manila a safe city?

A – Manila is again one of the least safe cities in the world after dropping eight places in the biennial index released by The Economist Intelligence Unit. The Philippine capital ranked 51st out of 60 cities in the 2021 Safe Cities Index, after being ranked 43rd in the 2019 report and 55th in 2017.

Q. What is the city of Manila known for?

A – Manila, known as the “Pearl of the Orient”, is the capital of the country. The Philippines is fast becoming a destination for foodies, and Manila is known for its diverse cuisine and street food markets, such as the Legazpi Sunday Market, Quiapo Market, and the country’s own Chinatown, Binondo.

Q. What language do they speak in Manila?

A – Tagalog, the official language of the Philippines

Q. Why is Manila more populated?

A – Metropolitan Manila is densely populated and contains a significant proportion of the country’s population. This concentration of people has been brought about by continuous rural-urban migration. the largest single foreign community, representing less than a tenth of the population, is made up of Chinese.

Q. What is the religion in Manila?

A – More than 90% of the people living in the Philippines, including the capital, are Christians, most of the Roman Catholic. The strong influence of Christianity in the city stems from Spanish rule.

Q. Is Manila a beautiful city?

A – Manila, the capital of the Philippines, is often the jumping-off point for the country’s incredible beaches, stunning islands, and unique natural wonders. However, there are many tourist places to visit in Manila alone!

Q. What currency is used in Manila?

A – Despite being considered “unsafe” by some, Manila is safe for families to visit. This is definitely a unique place to take your family. Your kids will get to experience a mix of cultures here, which is always good for them.

Q. What places to avoid in the Philippines?

A – The following locations carry a higher risk of kidnapping and should be avoided:

Q. What is the best month to go to the Philippines?

A – The best time to visit the Philippines is during the dry season between November and April when the country’s beautiful islands and remote areas are fully accessible. The shoulder months of May and November are also good, as there are fewer crowds but the weather is still lovely.

Q. What is the peak season in the Philippines?

A – March to May. These are the warmest three months in the Philippines and are known locally as “summer” – although meteorologists refer to this period as the dry season. This is the country’s peak season because travel between islands is easiest during this period, and delays due to tropical storms or typhoons are rare.

Q. What is the coldest month in Manila?