10 things you must do in the Philippines 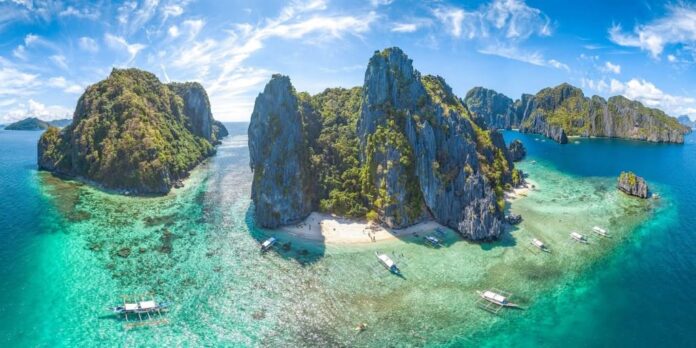 The country is a melting pot of cultures and celebrates Christian, Muslim and Chinese holidays in a big way, celebrating all the festivals as national holidays. Being the third largest Catholic nation in the world, Filipinos still strictly follow Catholicism. Christmas is celebrated in a grand manner from September to Epiphany. Filipinos are sweet and enthusiastic and welcome visitors warmly. Filipino and English are the official languages ​​here.

Gather friends, rent a boat, overpay the captain and see where he takes you. If you’re lucky, your guide will take you to the untouched Philippines with unspoiled wilderness beauty.

You can go snorkelling near Balicasag Island – snorkeling and snorkeling to see the inhabitants of the sea, such as the zebra lionfish, which is very beautiful but deadly. You could stop off at Negros Island and visit the Philippines Marine Conservation Center to see turtles. Make sure to visit the palm-lined Honda Bay, the limestone karsts of Coron Island and the scenic Panay Coast.

Probably, throughout the trip, you will drink water only from coconut, and eat only fresh seafood, but this is not a fairy tale.

Walk on the seabed

There are more coral reefs near the Philippines than anywhere else on planet Earth. There is no better place for diving. Tubbataha Reef is a UNESCO World Heritage Site and is home to sharks, manta rays and turtles. If you sail a little to the east, you can meet rare thresher sharks that circle near the island of Malapascua. The wreckage of the Japanese fleet is often found at the bottom. Many ships were sunk during World War II. Most of them have not yet lost their formidable and powerful appearance, but if you decide to take a closer look at them, then take a guide with you, no one knows what can happen at the bottom of the ocean.

Admire the creations of man and nature

Banaue Stepped Rice Terraces are the most famous landmark in the Philippines and also the most popular. There are always crowds of tourists. If you prefer to avoid crowds, then head to the terraces of the port of Boukari, near the town of Iloilo. They are practically no different.

On Bohol Island, the Chocolate Hills create an extraterrestrial landscape that is breathtaking: tawny hills surrounded by jungle stretch for miles around. Karst formations on Palawan Island can rival the Vietnamese Halong Bay for the beauty of the scenery. The longest underground river in the world, Puerto Princesa, makes its way to the Pacific Ocean through limestone cliffs, creating narrow caves in which to swim and admire the patterned ceiling of the crevice.

The Philippine Islands have hundreds of volcanoes, 20 of which are active. The eruption of Mount Pinatubo became one of the most powerful and destructive in the twentieth century. Today, a pool of greenish-blue water has formed in its crater. Mount Mayon is an “ideal” volcano in all respects. However, it is often closed to the public due to its activity. The safest way is to go to Camiguin Island. There are many volcanoes, but none of them is going to wake up at the moment.

Go to a party

Filipinos love the holidays. They celebrate something every day. If you go to any small village, you will definitely get to the feast and become a guest of honor there. Do you want something big? Visit the Sinulog festivals in Cebu, Ati-Atihan in Kalibo, and Dinagyang in Iloilo. Costume parties, local music, extravagant props, fresh fruit and religious observances all add to the festive atmosphere of the Philippine Islands.

We’re serious. Just buy a beer, as it has been the national drink of the Philippines since 1890, when the first brewery, San Miguel, opened on the islands. For a handful of pesos, you can get a whole bucket of chilled foam. Filipinos are said to be the friendliest people in the world. Therefore, do not be alarmed if someone from the locals calls you to a bar or karaoke – agree, take friends and have a rest.

Three hundred years of Spanish rule have left their mark on stately churches and colonial houses. The walled city of Intramuros is a classic example of Baroque architecture. On the territory of the city is the ancient church of San Augustin with sculpted vaulted ceilings, as well as Fort Santiago, where political activist and national hero Jose Rizal was held before his execution in 1896.

Sour, sweet, spicy – Filipino food is varied and unusual. Adobo is one of the most famous national dishes. The main ingredient is meat (pork or chicken) cooked in a mixture of vinegar and soy marinade. Do you want to remember this trip for a long time? Then order an oxtail stewed in a fragrant peanut sauce at a restaurant – it melts in your mouth. Lechon is the staple of any Filipino feast: a roasted pig, stuffed with all kinds of herbs and spices. Snacks in the Philippines, oddly enough, include ice cream, coconuts, and jelly.

If you want to feel like a real Filipino, then rent a jeepney or a tricycle and go to the mall. The Americans, during their brief occupation, brought the culture of large shopping malls to the islands. The invaders left, but the malls remained. Although, to be honest, indigenous Filipinos are more likely to lie under air conditioning and eat in food courts than buy something. SM Supermall stores are scattered across all cities and islands; you can drop in there at least for the sake of Mang Inasal restaurant. It is famous for its savory BBQ chicken, while Kuya J offers Filipino cuisine.

Lie in the sand and then ride the wave

The Philippines has more than 7000 islands, each of which you can sunbathe. Boracay and Alona Beach are famous for their crazy parties. Guimaras Island is also a popular destination, but if you want to get away from people completely, rent a bamboo boat and sail to any of the thousands of unnamed shores.

Water sports have not been canceled. You cannot visit the Philippines and not surf. Siargao Island is a legendary place that every self-respecting surfer knows about. The huge waves of the Pacific Ocean beckon athletes from all over the world.

Previous article
What to do in Budapest on a Vacation?
Next article
Travel to Doha as soon as possible