Cebu, Philippines – The 10 best things to do 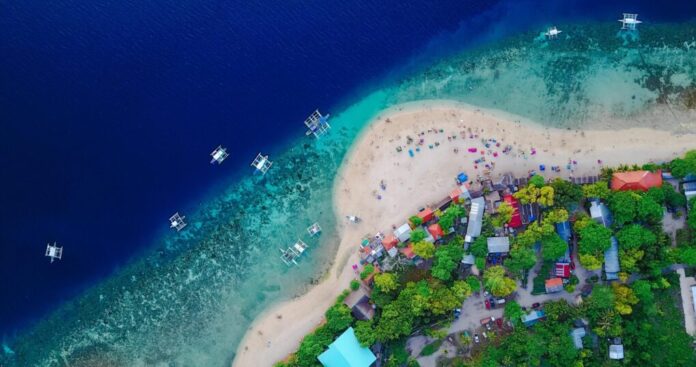 The best things to do in Cebu include riding a local jeepney, snorkeling in Moalboal and, of course, a lot of eating

A mere a two-hour flight from Hong Kong, the former capital of the Philippines is well worth exploring, especially after consulting this list of best things to do in Cebu.

Fin a plethora of fun activities to partake in once you arrive. The difficult part? To choose between them.

In Cebu City there are a bevy of bars and restaurants to suit all budgets, while in Lapu-Lapu you’ll find a wealth of history to uncover—but don’t forget about the glorious beaches surrounding the island.

Best things to do in Cebu

1. Ride in a jeepney

What is it? The Philippines’ most famous method of transport.

Why go? These retro-looking buses are quite a sight to behold. Many of them are former American jeeps from the Second World War and are bedecked in various bright colours. They’re usually crammed with passengers throughout the day, so squeeze in with the locals and get an eyeful of the area.

What is it? Founded in 1565, Basilica Minore del Santo Niño was the first Roman Catholic church in the country.

Why go? It boasts some of the best Christian architecture in the Philippines. It was burned down a year after completion, but rebuilt in the years following, before being destroyed again by fire in 1628. The structure there today was completed in 1739 and is often rammed with locals and tourists alike. The name, in case you were wondering, means Minor Basilica of the Holy Child.

What is it? High-end dining with food as spectacularly well presented as the surrounds.

Why go? If you didn’t have a single bite, but simply went to gaze at the incredibly well-kept Spanish Colonial architecture, you’d leave Circa 1900 happy. But you’d be foolish not to tuck into the impressive variety of international cuisine that’s inspired by Filipino heritage, from seafood chowder infused with kaffir lime and ginger to something very British: the humble pie – filled with slow-braised lengua (tongue) and chorizo, naturally.

What is it? A museum of Spanish documents, artefacts, paintings and sculptures.

Why go? San Pedro was initially built from wood by the Spanish, but was inevitably upgraded to stone in the early seventeenth century. The fort you can now tour dates back to 1738, although some of its most important facets come from the 1890s, when Filipino revolutionaries took control of it.

What is it? A haven for divers on the southwest side of the island.

Why go? Not only is Moalboal beautiful, but it’s home to Basdaku (‘big sand’), a white sandy beach that runs for two kilometers. Here you’ll find numerous divers and snorkelers as the coral reefs are stunning and brimming with marine life. Catch a glimpse of a bale of sea turtles, clownfish, starfish and thousands of sardines. Most of the resorts and hostels offer snorkeling packages, so you won’t struggle to find a clear route to the reefs.

What is it? The lap of luxury in a five-star seaside resort.

Why go? This shining beacon of culinary delights, relaxation and fun in Lapu-Lapu City is just begging to be explored. From private beachside villas with plunge pools to deluxe rooms, this is a tropical paradise. Dine at Azure Beach Club, a blue neon hub that looks out over the sea. There are quality barbecued meats and seafood alongside a huge menu of international dishes and some incredible cocktails. Also try Saffron, an all-day café with a killer buffet. Head here after a session in the tranquil Aum Spa.

What is it? Cebu’s Provincial Museum, which is housed in the city’s old jail.

Why go? Designed in 1869 by Cebu’s only architect at that time, Domingo de Escondrillas, Sugbo has been home to prisoners and revolutionaries, as well as Filipino guerrillas during the Japanese occupation of World War II. Aside from seeing the former detention centre, the museum is also a haven for great exhibits, particularly from the Spanish and American eras. Letters, memorabilia and art pieces are all housed here.

What is it? Two memorial statues in honour of Lapu-Lapu and Ferdinan Magellan.

Why go? This important slice of history marks the Battle of Mactan in 1521, between Portuguese explorer Ferdinand Magellan – who wanted to colonise the region – and native chieftain Lapu-Lapu. The shrine is thought to be in the spot the battle took place.

What is it? According to legend Ferdinan Magellan planted this crucifix as soon as he landed in Cebu in 1521.

Why go? Together with the Mactan Shrine, Magellan’s Cross holds a lot of significance. It sits in a chapel next to the Basilica Minore del Santo Niño on Magallanes Street and while you can’t see the original cross, it is supposedly encased within the wooden cross you can see.

10. Shop while you eat at Abaseria Deli Café

What is it? Authentic and affordable Filipino food.

Why go? Situated in Kasambagan, on the northeast side of Cebu City, Abaseria provides cosy surrounds in which to enjoy innovative local cuisine. The décor is homely, with plenty of art up on the walls, and the prices are very easy on the wallet. If you like what you taste, then browse the shelves for ingredients around the restaurant, which doubles as a deli.

Q. What is Cebu known for?

A – With its sugar-white beaches, azure waters and pristine coral gardens, the island of Cebu in the Philippines is the perfect tropical escape…

A – Cebu is generally safe and violent crime, such as muggings is rare, but be careful when walking around the city at night. A lone tourist walking around dark roads late at night can be an easy target for someone to make a quick buck.

Q. Which is better Boracay or Cebu?

A – Beaches. While Boracay boasts of fine, white and powdery sand; the limited size of the island makes it a toss-up for me. … The beaches in Cebu are great as well (though not as fantastic as in Boracay or Palawan) and you can choose between the ones that are near upmarket hotels (such as in Mactan) or those farther afield.

Q. What is the famous food in Cebu?

A – The dish that Cebu is most famous for is lechon, which originally came from Spain but was perfected here. Despite being widely available right across the Spanish-speaking world, it’s widely agreed that the best version of the roasted suckling pig meal is found in Cebu, at some of these restaurants.

Q. What is the best area to stay in Cebu?

A – Cebu’s 4 Best Neighbourhoods to Stay in.

#1 Cebu City – Where to Stay in Cebu for Your First Time.

#2 Malapascua – Where to Stay in Cebu on a Budget.

#3 Mango Square – Where to Stay in Cebu for Nightlife.

Q. What is the best month to visit Cebu?

A – Cebu has only 2 seasons and the weather remains warm and cool all year round. Similar to the rest of the Philippines, the best time to visit Cebu is between January and April. This is the driest time of the year when you are likely to experience little rain and plenty of sunshine.

Q. What is the old name of Cebu?

A – Etymology. The name “Cebu” came from the old Cebuano word sibu or sibo (“trade”), a shortened form of sinibuayng hingpit (“the place for trading”). It was originally applied to the harbors of the town of Sugbu, the ancient name for Cebu City.

Q. Which is better to visit Palawan or Cebu?

A – Beaches. With its clear waters, blue skies, and beautiful sunsets, Palawan is internationally recognised by many publications to have some of the best beaches in the world. … Cebu does have a fair share of tropical beaches but a huge part of its attractions are still in the city.

Q. How much does it cost to live in Cebu?

A – The total cost of living is around $1,027 in Cebu. The average rent in Cebu for a one-bedroom apartment in the city centre is approximately $636 per month, and utilities cost around $123 a month. Other costs will be around $514 including markets, transportation, restaurants, and sports and leisure for one-person.

Q. What are the traditions in Cebu?

A – For 32 years, the Sinulog Festival is a traditional celebration in Cebu City held every third Sunday of January to honor the Santo Niño (Child Jesus). Basically, the festival is done by a dance ritual, in which it tells the story of the Filipino people’s pagan past and their acceptance of Christianity.

Q. What are the beautiful spots in Cebu?

Q. Does Cebu have nice beaches?

A – One of the top destinations in the Philippines that has some of the most beautiful beaches is in Cebu. Fine, white sand and clear, blue waters are often the characteristics you’ll hear about the province after all.

Q. What is the best thing to do during summer in Cebu?

A – Below are the best thing to do

Q. What is the religion of Cebu?

A – Cebu City religion has varied to many type of belief but the majority of its population are Roman Catholic other believe were known to be Protestant, The Church of Jesus Christ of Latter day Saints, Inglesia ni Cristo, Jesus Miracle Crusade, Jehovah’s Witnesses, Baptists, United Church of Christ in the Philippines

Q. Why is Cebu called the Queen of the South?

A – Cebu is known as the “Queen City of the South” because of its strategic and economic importance to the country. It is one of the most prosperous cities in the country, and sees over 2 million foreign tourists annually.

Q. Is Cebu open for tourists?

A – Cebu City – Open to domestic tourists with Authority to Enter (ATE).