Around Egypt By Car: Where, How And, Why 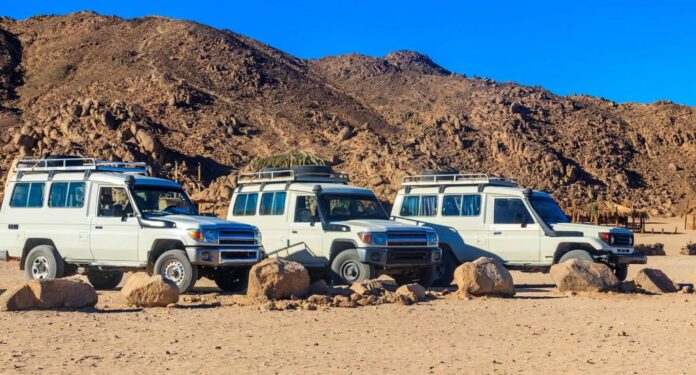 Around Egypt By Car: Anyone who comes to Egypt sees the stark contrast between the polish of the resorts and the unattractiveness of everything else. Even the capital greets tourists with poverty and an abundance of garbage on the streets. What is hidden there, where the foot of a foreigner rarely steps? You can find out by renting a car and changing your boring all-inclusive status to a much more interesting adventurer role.

Is the idea safe

Previously, stories flashed on the network about how the police stopped tourists on the roads and even took them off the trains because of the insecurity of independent travel, but now this probability is close to zero, the main thing is to choose the right route. You can explore the busy banks of the Nile, the Red and Mediterranean Seas, but the North Sinai and the desert areas near the border with Libya are still banned (terrorists are based there).

“Checkpoints are set up every 20-50 km, and in the wilderness, for example, on the highway between Fayum oasis and Luxor , the police can suddenly join car travelers and escort them to the nearest big city.”

What to travel on

It is wiser to rent a car in international offices such as Hertz, Avis and Europcar, whose offices are open in airports and tourist cities. Rates – 30–100 USD per day, to conclude an agreement you need international rights, a copy of your passport and a credit card (credit, debit will not work), on which the amount of the collateral is frozen.

“You can, of course, trust the local distributors at your own peril and risk: it will be half the price, their car park is more shabby, and they do not issue insurance.”

But it doesn’t hurt to get insured: Egyptian drivers are reckless and, to put it mildly, do not obey traffic rules too zealously – it’s good if they warn you about turning with a wave of your hand from an open window. The traffic is chaotic, everyone honks, there are many traffic jams, few traffic lights, speed bumps are everywhere, even outside the cities. The quality of the roads is different: on the main highways there is smooth asphalt, between the villages in the Nile Delta there is a dirt road and off-road. There are a lot of gas stations, gasoline is cheap ( 0.50 USD per liter), parking is allowed literally everywhere.

The most convenient way to start is from Cairo, leisurely exploring its main treasures . At least a day will go to the center with Tahrir Square, the Egyptian Museum , the citadel and the Cairo Tower, from the top of which the whole city is in full view.

“For a couple of days, you will have to explore the Khan el-Khalili market , palaces, monasteries, mosques and parks, not to mention the legendary pyramids of Giza .”

From the capital, we recommend keeping your way to El Fayyum – one of the oldest cities on Earth, founded in 4000 BC. NS. in an oasis in the middle of the Libyan desert. In those days it was called Crocodilopolis – in honor of the god Sebek with a crocodile head. The area was glorified by the funerary portraits found in the necropolis and spread to the best museums in the world. Now you can look at the water wheels, which have become a symbol of the Al-Fayyum province, mosques, the El-Lahoun pyramids, El-Ryan waterfalls, Lake Karun and the Wadi al-Hitan valley with whale fossils included in the UNESCO list.

The next point is Hurghada , where you can lie in the sun, walk along the bustling Sheraton street , admire the El Mina mosque and the Coptic church , and go to the abandoned ghost town of Umm Khuwaitat .

Then we move along the coast to El Gouna – a charming resort similar to Venice . Hotels and restaurants with European service are located on separate islands, between which boats maneuver. To get to the city, you have to go through the checkpoint.

“Nearby there is another respectable resort – Sahl Hasheesh : here they buy land plots of sheikhs and celebrities (Tom Cruise, for example).”

We turn west and reach Luxor , divided into the City of the Living and the City of the Dead . The first one adorns the Karnak temple and Luxor temple with a dilapidated alley of sphinxes. In the second – the Valley of the Kings with the tombs of the pharaohs, the Hatshepsut temple and other impressive objects. And we end the journey in Aswan with the Kom-Ombo temple , the island of Philae priestesses and the dam , designed by Soviet engineers.

Of course, this road route is far from the only one in Egypt. You can head east to Dahab and Sharm el-Sheikh . Or try to get to Abu Simbel , 300 km from Aswan, joining a convoy of sightseeing minibuses guarded by army jeeps at dawn. This is at the very border with Sudan, but the temples of Ramses II and his wife Nefertari, carved into the rock, are too beautiful, for this you can risk it. Or not to risk and conquer the Mediterranean – Alexandria , El Alamein, Port Said and Ras el Bar. And make sure that Egypt is much more multifaceted than tourists are used to thinking.

Previous article
Don’t do it in Egypt: 7 things you do face a fine or jail
Next article
Best Family Hotels in Hurghada: Top 8