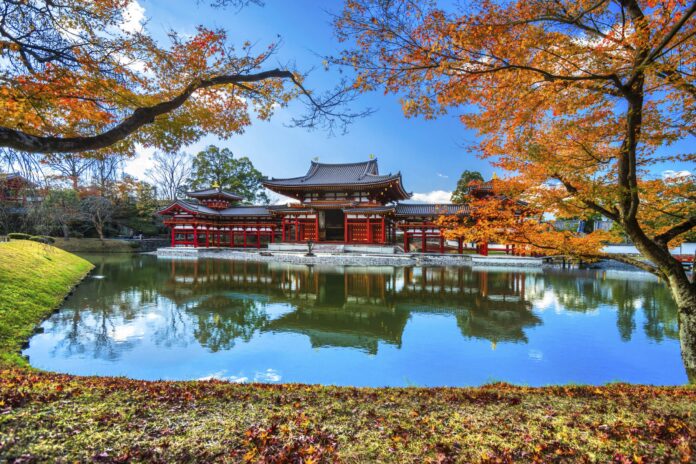 Japan is a country where the fast paced modernity of the booming cities will excite you, but at the same time you wouldn’t have to venture too far away to experience the laid back atmosphere in towns that have retained their old world charm! So if you’re planning a trip to the land of the rising sun, be rest assured that your trip to Japan will be just as magical as the country; simply follow these tips and tricks of the land along with some planning and preparation, that’s it! In this article we will provide you the best japan travel tips. Now simply brace yourself for a fantastic trip.

So here’s the deal about Japan Railway Pass! It may not always be economical to buy the pass! Hear us out. If you’re planning on visiting only a couple of cities, buying a pass would rather be expensive as compared to purchasing tickets directly. Secondly, The JR Pass doesn’t cover all types of bullet trains such as privately owned rail lines, Mizuho and Nozomi, which is the fastest bullet train in the country. So calculate all the train journeys that you will be taking and compare the prices using apps such as Google Maps or HyperDia, before you invest. This is the most important Japan travel tips among the list.

Now, after comparing, if the JR Pass seems more economical, then be sure to order it in advance so that it is posted to your home address. Alternatively, you could also purchase a Suica card which is a reloadable card to use on the Tokyo subway. Any balance left on your card can be claimed as a refund when you leave Japan.

Don’t. That’s what we recommend. The public transport system is very well connected efficient and comparatively economical as well when you take hiring charges and insurance into consideration! Moreover, Japan has left hand driving, so if that is something that you’re not used to, consider using public transport instead. Additionally if you’re driving, you would also have to be aware of all the traffic rules to avoid road accidents and hefty fines!

There’s no better way to show respect to the country you’re vacationing in than by greeting the people in their mother tongue. No, we’re not asking you to learn Japanese, but it wouldn’t hurt to know few of the commonly used phrases in Japanese such as how to ask for directions, how to ask the price of something, the correct forms of excuse me, please and thank you, and perhaps even how to say you have an allergy to certain foods or medications in case of an emergency!

If the dimensions of your suitcases are more than 160 cm you would have to reserve your seat in the bullet train in advance as per the new railway rules. Alternatively, if you do not want to carry your luggage around, you can simply forward it to the next destination using the luggage forwarding service such as Yamato which is available at many hotels and convenience stores as well!

Local guides know all about the city through and through. Even after extensive research about the places in Japan, it may at times get overwhelming for some, especially because of the language barrier. Therefore, in some of the cities atleast it would be a great idea to hire a local guide who would share all of the insider secrets, hidden destinations, and all information there is to know about the Japanese culture.

Japanese people are extremely polite, so as visitors to their country, be mindful to reciprocate their politeness by bowing when you meet someone as bowing is the way to show respect. You should keep your back and neck straight and bow at the same angle as the person in front of you, and this will get you a lot of brownie points for being polite.

8. Remember to take off your shoes

At many places in Japan, it is considered to be rude to wear your shoes, especially inside homes or at religious places. So before you enter, do a quick scan for any signs that ask you to remove your shoes!

Unlike in most other countries, it is considered rude to leave a tip for your server. People might consider it as offensive and most likely will refuse to accept the tip. This is because in Japan, tipping implies that the person doesn’t earn that well!

Except in Osaka, whenever you travel in Japan, while using an escalator please stand on your left. This is so that any person who is in a hurry can use the empty space on the right side to reach their destination sooner.

11. Don’t smoke on the streets

In most of the big cities in Japan, you are not allowed to smoke on the street. If you get caught while doing so, you would have to pay a pretty hefty fine for it! However there are designated smoking areas outside all railway stations and in some restaurants, incase you do want to take a smoke break!

Many Japanese people hold a deep-rooted cultural suspicion towards tattoos, as tattoos are associated with crime gangs such as the Yakuza, who have full-body markings. Because of this you may not be allowed in swimming pools, spas and gyms, unless you cover up your tattoos!

In Japan many stores only accept cash and would refuse to use your credit card. So be sure to carry around the local currency wherever you travel. The most important japan travel tips.

Anytime is a good time to visit Japan! It entirely depends on the season you prefer. The most preferred season is the spring season (March to June) which is also the cherry blossom season. The weather is pleasant, however since the country experiences the biggest inflow of tourists to experience the cherry blossoms in bloom, the prices are quite high. Summer in Japan begins in July and ends in September. Summer is the season of typhoons, so it is hot and you can expect rainfall as well. However, if you want to steer clear of tourists, this is the best time to visit. The fall season starts in October and lasts until December. The fall season is yet another good time to visit as you will be greeted with rust, orange and gold colored trees. The winter season starts towards the mid of December, upto February. Winter can get cold in Japan depending upon the place you’re in!

Q. What is Japan famous for?

A – Japan is known worldwide for its traditional arts, including tea ceremonies, calligraphy and flower arrangements. The country has a heritage of distinctive gardens, sculpture and poetry. Japan is home to more than a dozen UNESCO World Heritage Sites and is the birthplace of sushi, one of its most famous culinary exports.

Q. Is Japan a safe country?

A – Japan’s secure reputation. The 2014 Organization for Economic Cooperation and Development gave Japan the status of “the safest country in the world”. The country has “projected the second lowest suicide rate after Iceland and the second lowest attack rate after Canada.” It is therefore no surprise that people in Japan feel safe.

Q. What should I avoid in Japan?

Q. What are 5 interesting facts about Japan?

A – Here are some surprising facts about the island country.

Q. Why is crime so low in Japan?

A – Cultural Tableau Another reason for Japan’s relatively low crime rate is that the culture does not allow the type of outward expressions of anger and charge that often can be victims of crime.

Q. Can you go to japan without knowing Japanese?

A – If you are traveling to major cities and visiting major tourist destinations with many tourists like Tokyo, Osaka, and Kyoto, then you do not need to worry because some people speak good English. You can travel right in Japan without knowing any Japanese.

Q. What is the best time of year to travel to Japan?

A – As long as skiing is in your travel plans, March to May and September to November are the best months to travel to Japan. It is a country of extremes in terms of its weather, so these months are the best to avoid the high temperature and humidity of Japanese summer or its cold weather.

Q. When should you not go to Japan?

A – Busy Weather – The Japanese have a passion for travel, and they usually travel at the same time, resulting in trips to trains and hotels. The worst time to visit is from late December to January 4, around the New Year; Golden Week, 29 April to 5 May; And during the Obon Festival, about a week in mid-August.

Above where the best Japan travel tips