Ferrara: Things to do 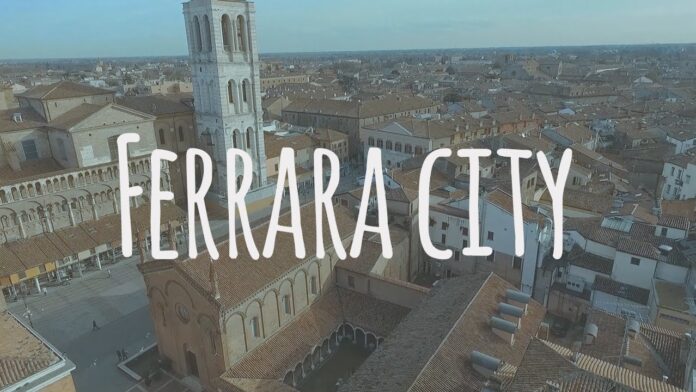 Where to go, what to see, and what to do in the city with just one weekend left, For three centuries Ferrara was ruled by the d’Este family: Alberto V built the Schifanoi palace, Niccolò II – the castle, and under Niccolò III it was called the “ideal city”.

1. In 1208 ****, the city council invited the dukes d’Este, who were the first local aristocrats, to govern Ferrara. Three hundred years later, the family ended its existence as an empty cradle, although it was always famous for a huge number of illegitimate children. The Vatican refused to recognize the marriage of the last of the d’Este-Cesare family, and the Duchy of Ferrara was confiscated in favor of the Holy See.

2. Dispelling boredom (Schifanoia) – this is the translation of the name of the summer residence of the Dukes d’Este (Via Scandiana, 23, entrance € 6). After the fall of the d’Este house, when a tobacco factory was located here, the frescoes of the “Hall of the Months” – the main treasure of the palace – were plastered over. But they were all restored, and now you can again see the smiling Duke Borso in the company of his beloved jester Skokola, a clumsy little man with a thick neck.

3. The Ferrara dialect, according to the Ferraraians themselves, is close to the French language, but from the outside, it does not seem so at all. The local dialect is notable for its voiceless sounds and it was not the absence of vowels.

4. The earthquake of last year frightened the townspeople but did not do much damage, except that the corner of one of the towers of Estense Castle collapsed. Apparently, the goddess Ferrara (her face can be seen on the right side of the entrance to the Duomo) still keeps the city from harm.

Have breakfast in Ferraremo right on the central square, next to the Duomo. The Duomo has many lovely cafes, the most famous of which is Leon d’Oro (Piazza della Cattedrale, 8). There are delicious pastries and you can try pasticcio Ferrarese – a traditional puff pasta with béchamel sauce. It can be salty or sweet, but it is by no means light – only for hearty breakfast lovers.

The old town is surrounded by a wall that is interrupted only once. It is pleasant to walk, run or ride a bike along with it (rental point – Barlati Adelardi, 1). From above, incredible views of the city open. Residents divide their city into “inside the wall” and “behind it”. Inside – a medieval, old part with a Jewish ghetto, outside – a new one, dating back to the Renaissance. The latter is interesting with long straight streets, built taking into account all the subtleties of perspective by the architect-town planner Biagio Rossetti.

Shoppers should keep in mind that on Thursdays, especially in the afternoon, almost all shops are closed. This long-standing Ferrara routine is strictly enforced by the merchants. The most suitable place for shopping in the area adjacent to the castle on the side of Corso Della Giovecca, Mazzini, and Bersaglieri del Po streets. For designer brands, go to the Segreto multibrand (Trento e Trieste, 64).

In the most famous restaurant of the city, Quel Fantastico Giovedi (“That Fantastic Thursday”, Castelnuovo, 9), where Pope John Paul II was, they will be served deliciously and with delight. A two-course lunch will cost € 40 per person.

Estense Castle (Largo Castello, entrance € 6) was originally built as a defensive structure (the architect Bartolino da Novara added three more to the medieval Lion Tower), but the dukes got a taste and finished it so that later the French Louis began to take an example from them in luxurious decoration … The halls of the castle are decorated with beautiful frescoes, and the cellars have preserved traces of the terrible prison past. Take a look at the small palace (the Ferraraans call it a diminutive – palazzina) Marfisa with a wonderful garden, which belonged to one of the ducal daughters of Marfise d’Este (Corso Della Giovecca, 170, entrance € 3).

Be sure to visit the ghetto, where any day of the week, except Saturday, you can get on an interesting tour of the Ferrara synagogues. The ghetto appeared here in 1627 and ceased to exist only with the unification of Italy in 1861.

You can relax and taste wine not far from the central square in the Al Brindisi establishment (Guglielmo Degli Adelardi, 11), where Copernicus once visited. According to local legend, this is the oldest wine bar in Europe – it opened already in 1435.

The tasting menu in the trendy and delicious restaurant Cusina e Butega _ (Corso Porta Reno, 26) _ will cost an average of € 30 per person. Try traditional Ferrara butcher ravioli or black pudding. And in winter, be sure to order passatelli in brodo – a broth made from cheese, nutmeg, lemon peel, and bread crumbs.

What to take with you

More precisely, cappellacci di Zucca is a Ferrara signature dish, invented, of course, by the d’Este dukes (€ 20 per 1 kg in any market in the city).

Traditional dessert made according to a medieval recipe with nuts and chocolate. During the Renaissance, it was called “the dad’s bread” (from € 5, the most delicious – Orsatti Pampapato).

On the first weekend of every month, the Cose d’Altri Tempi antique market takes place in the central square, where you can find cute things for your home, such as pans (from € 40 per 4 pieces).

The most pompous hotel in the city. The interior decoration is on the verge of kitsch: gold candelabra, painted ceilings, plus an abundance of pink and red hues. Nice spa. ( Rooms from € 268).

A 15th-century villa with French tapestries, antique furniture, and a cozy green courtyard just a stone’s throw from the center. Bicycles are provided (from € 116).

New design hotel, the former residence of Lucrezia Borgia and the d’Este dukes, a stone’s throw from the main square. Quality housing for little money (from € 62).

Previous article
Myths about cruises
Next article
South of Corsica: Things to do