South of Corsica: Things to do 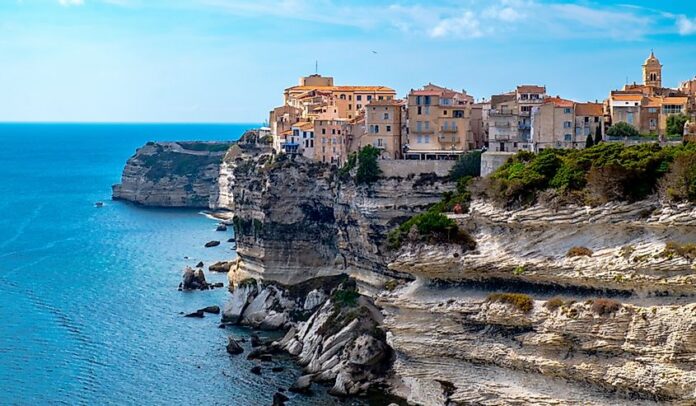 The best hotels, beaches, restaurants, and bars on the island, south of Corsica

The secluded coves of the southern coast, home to the towns of Bonifacio and Porto Vecchio, are home to celebrity yachts in August between Corsica and Sardinia. This part of the island is really best viewed from the sea. In addition, renting a boat for both a day trip and a weeklong cruise is not a problem (see the entry from the sea column for details). Don’t miss out on natural wonders such as the Lavezzi Islands and the white cliffs of Palombaggi. In Bonifacio, one of the most beautiful ports in the world, Odysseus, Polegend, took shelter from a violent storm before he found out that he was among the giants. The south of Corsica could be a VIP reservation with all the Michelin-starred restaurants and chic villas, but outside the high season, there is always a quiet haven on the coast for a relaxing holiday.

Domaine de Murtoli between Bonifacio and Sarten is probably one of the most beautiful and secret places in Europe. The private beach for many kilometers is surrounded by hundreds of hectares of forests and fields. There are only 13 houses here – from cozy one-room Deauville cottages to seven bedrooms. The variety of farm products is impressive: the estate produces meat, grows vegetables and fruits, dispenses rose wine and fish from its own boat for two spacious restaurants. The charm of the place encourages clients (often famous) to book awards in advance during high season (+33 49571 6924, villas from € 1300 per week).

The first island of the Casadelmar boutique hotel, made of wood and glass, by the bay of Porto Vecchio, has an infinity pool from which guests can watch the dolphins swimming in the water. There is also a Michelin-starred restaurant (featuring seaweed anglers, sossobuco tortellini, and winter pumpkin trade winds) and the Carita Spa. However, the prices are the same as in the south of France (+33 49 572 3434, rooms from € 400; snacks from € 38).

At Stella d’Oro (also known as Chez Jules) in Bonifacio, the grandmother cooks and the daughter and granddaughters serve. The menu includes stuffed mussels and spaghetti with lobster_ (7 rue Doria, +33 49571 5909, _ appetizers from € 20).

At Le Patio in Porto-Vecchio, great panorama and DJs to entertain the sophisticated audience (6 Impasse Ettori). Via Notte is a Las Vegas-scale nightclub with go-go dancers, an indoor pool, and Semiubars (Route de Porra).

Sunset from the sea

Previous article
Ferrara: Things to do
Next article
Best Hotels in New York