5 films for those who miss Spain 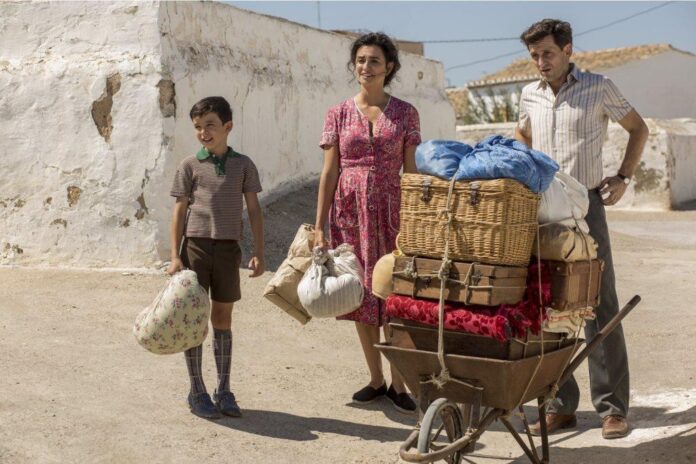 This summer, a vacation on the sunny Spanish shores, we most likely will not shine. To relieve the longing for these dear places, we have selected five films set in Spain – from touching dramas to light comedies. Here are 5 films for those who miss Spain.

Pain and Glory are the most recent and perhaps the most intimate film by the Spanish director. The hero of Antonio Banderas is the alter-ego of Almodovar himself, who looks back at his life and reflects on creativity. It turned out a heartfelt, tender, and funny movie about the first desire, anxious relationship with the mother, love, pain, and dependence.

The action of the film takes place in parallel in two dimensions – memories of childhood and modern reality. The boy Salva and his mother move to Paterna, a small town in the province of Valencia. There, the family settles down in a stone cave underground (by the way, such housing is still found in Spain, especially in the hottest regions).

After the release of the film, such a stream of tourists and admirers of the director’s work poured into Paterna that the authorities of the town even organized tours to the very cave where the shooting took place. And also, as in other films of Almodovar, Madrid plays one of the main roles in the film. The matured El Salvador lives on a classic, wealthy street in the city center, tries to buy drugs in the Lavapiés, and a play based on his text is staged in the Mirador Concert Hall

Elderly Doctor Tom learns that his son, who went to the French Pyrenees to traverse the Camino de Santiago (St. Jacob’s Way, or simply the Way), died in a storm at the very beginning of the road. The relationship between father and son has long been rather cold, but Tom decides to leave his cozy life in California and walk the Path for his son – in order to still try to get to know him better.

Emilio Estevez directed a beautiful and sad road movie, and the main role in the film was played by the director’s father, Martin Sheen. The ” Way ” is both the breathtaking landscapes of Galicia with mountain slopes, forests, and vineyards, and people who meet along the road – with different backgrounds, but one goal, and an attempt to understand that the essence of pilgrimage is not necessarily religious.

“Pandora and the Flying Dutchman”

A beautiful movie about love  – with anguish and mystical drama. The plot intertwines two ancient legends: about Pandora and the Flying Dutchman, respectively.

The famous singer Pandora lives in a small Spanish town, and no man can melt her heart. Everything changes when the mysterious captain of the yacht appears in the city (yes, he turns out to be the real Flying Dutchman from the legend, who is forced to wander the seas in search of a woman who is ready to die for him). All these kinds of passion peppered the sandy shores of the bay – the shooting took place, mainly on the coast of Costa Brava, namely in the Catalan town of Tossa del Mar.

“My Big Spanish Family” is a good movie option for the evening if you want to watch something fun and relaxed. A comedy from director Daniel Sánchez Arevalo, who directed, for example, Dark Blue, Almost Black, shows one day in the life of five brothers, the youngest of whom decided to marry.

We will find ourselves at a fun Spanish wedding, which coincided so! – takes place on the same day as the final of the FIFA World Cup in South Africa. This is almost the most important day for the whole country in 4 years: the Spanish team plays against the Netherlands. In addition to sports excitement and drive, there are family dramas, heart-to-heart talks, and sunny Spain in the background.

A Trip to Spain is almost a virtual tour of the country. The story is simple: British actors Steve Coogan and Rob Brydon set off on a trip to Spain. One goes for inspiration to finish a book and the other writes reviews of local restaurants on the instructions of the newspaper. And in parallel, everyone is trying to rethink their life, relationships, and creativity.

Steve and Rob race across the country, sample local gourmet cuisine along the way, and chat a lot and quite informatively about history and culture. It is worth watching a movie, if only for the sake of seeing Spain in all its varied beauty: from Cantabria and the Basque Country, through Aragon and Rioja to Andalusia.