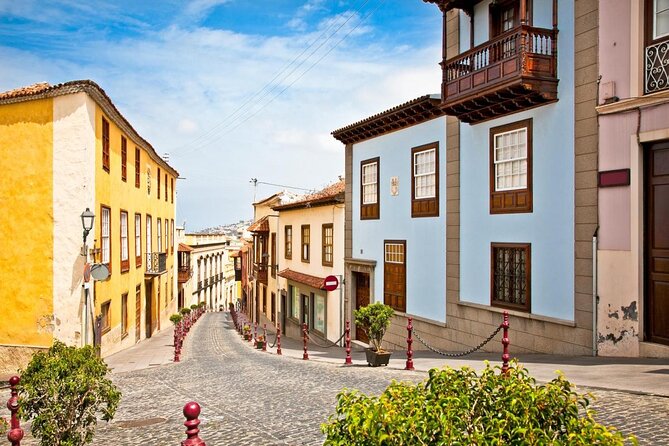 In La Laguna, the weather is always wonderful, with mild winters and not sultry summer days. The city lives its own measured life, its special spirit – the spirit of the oldest city in the Canary Islands – is felt in the small streets, brightly painted houses, and the behavior of local residents, descendants of the Spanish conquerors.

In the 15th century, the conquistador Alonso de Lugo conquered Tenerife and founded La Laguna, the safe capital in the interior of the island. In the original, the name of the city sounds like San Cristobal de La Laguna. The current capital of Santa Cruz de Tenerife was then only a port, which was constantly terrorized by pirates.

Now La Laguna is a historical gem of Tenerife, which has not changed for hundreds of years. Conquistador buildings, cobblestone streets, and the city’s cultural heritage attract tourists from all over the world. The entire “old town” is declared a World Heritage Site and is under the protection of UNESCO.

To feel the soul of the city, you need to walk along with it. Look at the Teide volcano, which can be seen through the narrow streets and is depicted on the island’s coat of arms, hung on the facade of every state-building.

It is better to start your walk from the main square, Plaza del Adelantado, with a fountain in the middle. Here is the city hall and the most gloomy and depressing building in the city – the Palacio de Nava. It is much more welcoming inside than outside – recently the palace was converted into an exclusive hotel of the state chain Paradores.

There is another unusual place in the city – the Convento de Santa Catalina, where the holy sister Mary of Jesus (Sor Maria de Jesus) is buried. According to legend, a girl named La Servita (La Siervita or Sor Maria de Jesus) became famous throughout Spain for miracles of healing. Since she died in 1731 and was buried in the monastery, nothing has happened to her body. Therefore, every year on February 15th, thousands of believers and simply curious people line up in a long queue along the walls of the monastery to see the glass sarcophagus with their own eyes and make sure of the invariability of the relics.

How to get there
To get to La Laguna from Santa Cruz de Tenerife, you just need to take a tram, the only one connecting the two capitals.

There is also the 115th bus from Santa Cruz to the cultural capital, which rises from the sea high into the mountains, crossing the entire island. Even during the trip, you can enjoy the picturesque landscapes of Tenerife.

If you have rented a car, then the task comes down to driving along the T24 highway and finding free parking near Adelantado Square.

What else to see