Places In Israel that everyone should visit 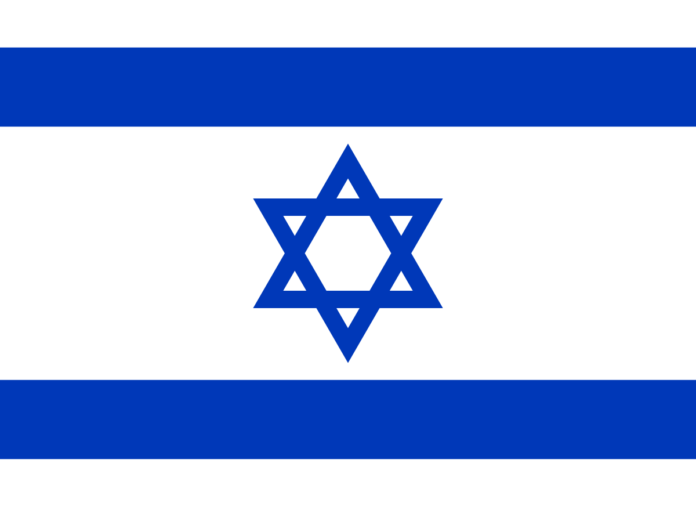 “The land flowing with milk and honey” – this is how the Bible describes paradise, and the Torah describes Israel. So this unique country is often called today. And not without reason, because in the Holy Land cultures, religions, traditions, nationalities, and history since the creation of the world have intertwined in an intricate kaleidoscope. Here are Places In Israel that everyone should visit.

Still not sure where to go on vacation? Here are 10 places in Israel that you absolutely must visit, in addition to the Mediterranean, Red, and Dead Seas.

Jaffa is a favorite tourist destination in Tel Aviv. They say that it was here, in one of the most ancient ports, where hundreds of ships with pilgrims headed for Jerusalem came, Noah built an ark, and Perseus freed Andromeda. Here the Apostle Peter resurrected Tabitha. Here was the army of Alexander the Great. It was for Jaffa that Richard the Lionheart and Napoleon fought at different times.

Walking through the narrow ancient streets and waterfront of Jaffa, you should definitely visit the Museum of Antiquities and History Museum, the underground archaeological museum and the flea market, where you can buy antiques and clothes made of pure cotton for a reasonable fee. At the second, the port market, for an equally moderate fee – oysters, and then try real Israeli hummus (it is considered the best in the country in Jaffa) and a cup of aromatic coffee with cardamom.

A city with an amazing ancient history, wherein equal parts imperial despotism is combined with romance and freedom.

Caesarea is another ancient port, on the site of the ruins of which there is a National Park-Reserve. Archaeological excavations continue there today. During its long history, Caesarea changed both residents and owners many times: there were crusaders and Mamluks, and each built and rebuilt the city for himself, first conquered, then strengthened, in the hope of remaining a full owner.

One of the main attractions of Caesarea is the amphitheater, where concerts are held with unimaginably expensive tickets, but an unforgettable atmosphere. Attending a concert in Caesarea is one of the main conditions that must be fulfilled while in Israel. And also admire the gigantic hippodrome and theater, washed by the waves of the sea, and imagine how a Roman warship drops anchor in this quiet harbor, and the most courageous legionnaires, who missed the land and the usual worldly joys, jump from the side right into the water.

Of course, you will go to the Dead Sea, and from there to the Masada fortress is just a stone’s throw away. Watch the wonderful 1981 film, Masada, before you travel for inspiration. Masada was the last line of defense, where the insurgent Jews, completely cut off from the world, fought the Tenth Roman Legion.

It became a strong Jewish fortress in about 142 BC. And not without reason: from all sides, Masada is surrounded by steep cliffs, and only a narrow path leads to the top from the sea. It was here that the tragic and majestic finale of the Jewish war against the Romans took place. When Jerusalem was turned into a mountain of ruins, and all the cities of Judea, Samaria and Galilee were in the hands of the enemy, the only lonely and distant fortress of Masada continued to hold siege throughout the state. Its defenders were about a thousand people, including women and children. They bravely and selflessly resisted for another three long and painful years, and then they committed suicide in order to remain undefeated.

Today Masada has become a symbol of the courage and heroism of Israel, soldiers take the oath here, and the words “Masada will not fall again” are proudly resounded over the stones scorched by the sun over and over again!

A unique wellness center with several hot springs for bathing. Hamat Gader has been known since Roman times. There is a crocodile breeding farm next to the resort and tourist complex. Its products make up a significant percentage of the world’s crocodile leather exports. In general, you just have to admire the big and small crocodiles.

In addition, the tracts are located close to the main shrines of Christians, which makes them a key place for believers who come here from all over the world. Scientists believe that Jesus and his disciples also bathed in the hot healing springs of Hamat Gader.

The gardens are located on Mount Carmel in Haifa. They resemble the biblical Hanging Gardens. The name “Bahai” got the same in honor of the faith born here “Baha’i”. In fact, the gardens are her symbol. The meaning of the teaching lies in the search for pure love, mutual understanding, the orderliness of life, and harmony. The bright and colorful park is made in Persian style. Not only followers of the “Baha’i” movement strive here: the gardens have turned into a real tourist Mecca.

The plants are looked after by 90 professional gardeners and Bahá’í volunteers who come to their religious center. The Bahai Gardens were opened for visiting not so long ago – in 2001, but seven years later they were included in the UNESCO World Heritage List.

Or Armageddon – it is at this place that the final battle of good and evil will take place (the same Armageddon that gave the name to the Hollywood film), according to legend, all earthly rulers will participate in the battle.

Megiddo is a hill about 60 meters high. In ancient times, it was a city that played an important strategic role: the main military routes and trade routes passed through Megiddo. During excavations, buildings from biblical times were discovered there. In total, archaeologists have uncovered 26 (just think about this figure) layers of settlements of different times, starting from the 4th millennium BC.

Of course, you will go to the Wailing Wall to pray and leave your note. Stay there longer and be sure to visit the Western Wall Tunnel or the Hasmonean Tunnel. It is part of the ancient city of the time of King Herod and runs from the square at the Western Wall to Via Dolorosa, the street where Christ’s path to the crucifixion ran.

The tunnel is separated from Via Dolorosa only by the inner wall of one of the shops. The owner could not sell it to Israel, otherwise, he would have been killed by Muslim fanatics. When exiting the tunnel in the Arab quarter, for the safety of tourists, a security guard will certainly accompany them.

During the tour, you will walk along the foot of the Temple Mount, under the medieval houses of Jerusalem, which was underground 2,000 years ago. Here you will also touch the largest stone in the world – the stone of the Western Wall, weighing more than 560 tons. This is one of the largest stones ever raised by the efforts of a person without any technique.

These cave grottoes were washed by the sea in a pliable chalk rock. In the recent past, it was possible to get close to them only from the side of the water, and even then only the most daring and courageous swimmers were capable of such a feat. In 1968, a gallery for tourists was punched into the rock, later a cable car was built.

For many centuries, the Rosh HaNikra cliff was the site of the passage of armies and trade caravans from Syria and Lebanon to Egypt and Africa. The carving of a tunnel in the rock is attributed to Alexander the Great – the emperor moved south to capture the Phoenician city of Tire. The first road was paved by the British during the First World War, during Second World War they also made a tunnel for the railway. After the end of British rule, the area came under the control of the Israeli army: the Lebanese border post is located just two kilometers from Rosh HaNikra.

An ancient Arab city, perfect for leisurely walks: you can wander around the fort along the sea, stroll along the narrow streets with several markets, buy yourself coffee and spices, and, of course, refresh yourself with local hummus.

In terms of wealth and the number of historical monuments, Akko is second only to the capital of Israel, Jerusalem. Already at the entrance to the city, you will see the remains of ancient walls, and later you will get acquainted with the main local highlight – the third largest mosque in the whole country, al-Jazzar. Opposite the mosque is buildings from the time of the Crusaders: huge halls where the monks of the Hospitaller Order received pilgrims. Actually, the order was founded to help the pilgrims who come to the Holy Land. The monks opened the so-called “hospitals” where the traveler could receive medical care, food, shelter, and even armed escort.

One of the most impressive buildings in Akko is the forty-meter fortress. It served as the residence of the rulers, it also housed an armory and a prison. The city does not cease to attract tourists with a unique feeling of touching eternity, even when modern music sounds in the halls of the Hospitallers, and theater festivals are held on the embankments.

Lake Kinneret, or Sea of ​​Galilee

The Kinneret is the main source of fresh water in Israel.

The entire coast of the lake is marked by temples erected at different times in memory of the miracles performed here by Jesus Christ. These places are considered the cradle of Christianity: Christ came here to preach to the inhabitants of fishing villages, he walked on the water of the Kinneret “as if on dry land”, read the Sermon on the Mount of Beatitudes, and increased the number of loaves and fish in Tabgha. Here he healed the sick and found disciples here.

Today, you can swim on the lake on a replica of the ship that sailed on the Kinneret at the time of Christ. These walks are very popular with pilgrims.