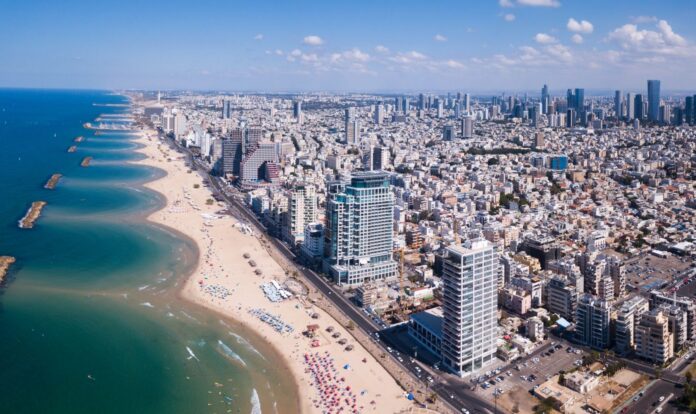 The best time to visit Israel is usually during spring (March to May) or autumn (September to November). At this time, you will find less crowds, cheaper accommodation, and the best weather (even for hitting the beach). Summer is the most popular and therefore the most crowded, but it can often be extremely hot and unpleasant.

Whenever you decide to leave, use this guide to help you plan your trip to this small but charming country known for its rich culture, fascinating history, stunning beaches and generous food. is.

Israel is the only majority-Jewish state in the world, and as such, all Jewish holidays are national holidays.

They follow a lunar calendar, so the dates are different each year on the Gregorian calendar, but usually they fall in a certain month or season. Some turn into a nationwide celebration for the entire week, while others are more gloomy or have special rules that may affect your stay.

That said, it is important to research what happens at each holiday. For example, at Passover (usually in April), rearing Jews do not eat bread, cakes, and other foods made from cereals, so it may be difficult to find those foods during that week. Yom Kippur (usually in September) is a fast day, and everything in the country stops (even public transport and many roads) before the night and starting the next day. Holidays such as Sukkot or Festival of Tabernacles (usually in September or October), Purim (usually around February), and Yom Hatzmaut (Independence Day in May) are rowdy celebrations.

It is worth noting that Muslim holidays, which change every year because they follow the Islamic calendar, are also observed in parts of Israel. Lailat al-Miraj is a major event at the Dome of the Rock in Jerusalem, as it symbolizes Mohammed’s rise to heaven. Eid ul-Fitr, the end of Ramadan, brings celebrations to the Muslim Quarter of the Old City in Jerusalem. To determine when these holidays arrive on the Gregorian calendar, check before traveling.

Israel also has a number of secular festivals, including the Red Sea Jazz Festival, Israel Festival, Jerusalem Beer Festival, and Tel Aviv Pride Week, which attracts large-scale international crowds every June. Hotels and other accommodations are more expensive and get booked up quickly during holidays and festivals, so plan accordingly — Passover is one of the most expensive and popular times to travel to Israel.

Even if you do not come during a long holiday, Jews celebrate Shabbat every weekend from sunset on Friday to an hour after sunset on Saturday. In practice, this means public transport stops plying in many conservative neighborhoods – in fact, Tel Aviv introduced limited bus service in late 2019 during Shabbat only. Taxis and other services are also limited, and in conservative neighborhoods in particular, many restaurants and shops are closed. Of course, Shabbat is not just about boundaries, it is also a wonderful tradition.

If you can invite yourself to someone’s home for a Shabbat meal, then you are ready for a real treat. It is also a good time to relax, hang out and go for long walks. And, one of the best activities to do before Shabbat on Friday morning is to visit one of the big outdoor markets, or to see shook, bustling pre-shopping — Machan Yehuda in Jerusalem or Shuk Hakarmel in Tel Aviv are both lively options .

The Weather in Israel

Israel is in late spring / early summer (April, May, or early June) or autumn (September and October) to avoid extreme heat, with elevations creeping down to the mid-90s in some places in summer. It is best to travel. While the weather is slightly more unpredictable during these times (be prepared for occasional rain showers), you can expect average temperatures in the 80s, which can be seen on beach days, hiking, and sightseeing. Ideal for travel.

Most of the country experiences a mild winter in the 50s. However, it can rain in the winter, and some parts become cold – notably Jerusalem, which can experience low and occasional snowfall in the 60s. Mount Hermon in the north, likewise, gets so cold that it is the only ski resort in the country.

Despite the often oppressive heat, summer (July and August) is still the most popular time for tourists to visit Israel, and prices usually reflect this.

Passover week is probably the next most popular time to travel in the spring. Attractions, beaches, hotels and restaurants can become quite congested and expensive due to schools, workplaces and many government offices being closed all week. If you plan to arrive during Passover, book early.

Winter in Israel is rainy season and it can be quite wet depending on the year. Although Jerusalem is one of the coldest cities and the Negev desert becomes cold at night, the winters are generally mild. Attractions, restaurants and shops are less crowded and flights, hotels and rental cars are generally cheaper (during December when U.S. schools are on vacation).

Spring is absolutely lovely in Israel, with wild flowers blooming and temperatures creeping up to the mid-70s and 80s. It has a pleasant beach and hiking season, and is perfect for trips to the Negev Desert, Dead Sea and Jordan Valley – some of the hottest parts of the country that are often unbearable in summer. Spring also brings some of Israel’s best holidays and festivals.

Summer in Israel can be very hot. However, it rarely rains in summer, so if there is hot weather then you are guaranteed good. This is the most popular time for tourists; Many attractions fill up quickly and the beaches of Israel are crowded. While there are no Jewish holidays in summer, there are many festivals.

The fall in Israel is very pleasant, as the oppressive heat of summer dissipates and the temperature is mild. The Jewish New Year arrives in the fall, and there are many holidays in this season.

Destinations which are a must visit do read and explore

Q. Is Israel a safe country?

Q. Why is Israel famous?

A – When the First World War ended with the Allied victory in 1914, the 400-year-old Ottoman Empire came to an end, and Great Britain took control of what was known as Palestine (modern-day Israel, Palestine and Jordan). have done.

Q. What is special about Israel?

A – In its basic laws, Israel defines itself as the Jewish and democratic state and the nation state of the Jewish people. The country is a liberal democracy with a parliamentary system, proportional representation and universal suffrage. The Prime Minister is the head of government and the Knesset is the legislature.

Q. Which language is spoken in Israel?

Q. Which is the best month to visit Israel?

A – The best time to visit Israel is in spring or autumn, as the days are pleasantly warm, the temperature is around 79 ° F, and the nights are cold. It can be quite hot during the day from June to August, with an average temperature of 90 degrees Fahrenheit.

Q. Is Israel expensive for tourists?

A – As a western country, the cost of traveling in Israel is higher than in the rest of the Middle East. You have to expect Western European prices and you will not get any bad surprises. Having said that, there are some ways you can save money and travel in Israel, at least on a budget as well.

Q. Can you drink alcohol in Tel Aviv?

A – Israel generally has a relaxed attitude towards alcohol. The drinking age of 18 is loosely enforced, with bars open until the last customer arrives home, and it is not uncommon for young people to drink beer on the street or enjoy a bottle of wine in the park .

A – Yes, unless you are actually coming from Iceland, visiting Tel Aviv is very expensive. With the possible exception of Jerusalem, it is certainly the most expensive city in Israel.

Q. Is it dangerous to visit Palestine?

A- You should be especially vigilant in this area. The cities of Bethlehem, Ramallah and Jericho attract a large number of tourists, including organized tourism, and there have been no recent reports of any serious incident involving foreigners. However, you should use caution when traveling anywhere in the West Bank.

Q. Is Israel a rich country?

A – Israel was ranked 19th in the 2016 United Nations Human Development Index, indicating “very high” growth. It is considered a high-income country by the World Bank.