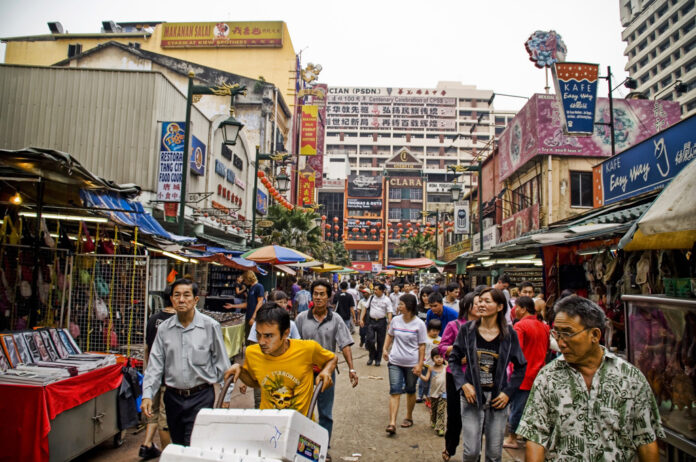 Kuala Lumpur – the capital of three civilizations: Imagine that you have only three days to travel to Southeast Asia and you cannot choose which country to go to. In Bali, taking selfies with islanders in national clothes? To Hong Kong, walking around Chinatowns? Or maybe to Sri Lanka, visit Hindu temples?

Travel to Malaysia: here you can do both. In this country, the culture and traditions of three civilizations at once are mixed: Chinese, Indian and Malay.

The Chinese and Indians settled in Malaysia thanks to the British, who needed labor to develop distant colonies. Of course, both Indians and Chinese have swam to these lands before. But the mass migration of these peoples occurred precisely during the period of British colonization. Today, the Chinese are the second largest ethnic group in Malaysia (22%) after the indigenous population – Malays, while Indians are in third place (10%).

In Kuala Lumpur, as in any metropolis, ethnic diversity is especially noticeable and manifests itself in everything: from architecture and cuisine to taxi drivers. With the latter, by the way, be on the lookout and negotiate the price in advance – in Malaysia, as in most Asian countries, it is in the order of things to bargain everywhere.

The main architectural attraction of Kuala Lumpur is, of course, the Petronas Towers. They simultaneously mark the city’s business center on the map and serve as a guide for tourists – if you get lost, just raise your head and look for the skyscrapers. The Twin Towers are considered an example of modern Malay architecture – the top of each of them in cross-section forms a Muslim star: Islam in Malaysia is the state religion.

What does a Chinese man do when he settles in a new place? That’s right: it opens the market. If you are the type of person who likes to wander among the malls, ask the price and choose the right jewelry among the piles of Chinese jewelry, go to Jalan-Petaling. In this area of ​​Kuala Lumpur, descendants of Chinese settlers organized the largest open market in the city. The main Chinese shrine of the city is also located here – the Temple of Guan Di, the Taoist god of war. And literally, in five minutes’ walk from it, there is Sri Mahamariamman Temple – a Hindu temple with the most intricate facade, which resembles a carved box. It seems that the architect managed to fit all the Hindu gods into it.

Indian migrants brought their famous cuisine to Malaysia. Today, the culinary traditions of the Malays, Chinese, and Indians are completely intermingled. When ordering lunch in restaurants in Kuala Lumpur, do not forget to specify how spicy this or that dish will be – Indian chefs do not know the measure of spices.