Places where Game of Thrones is played 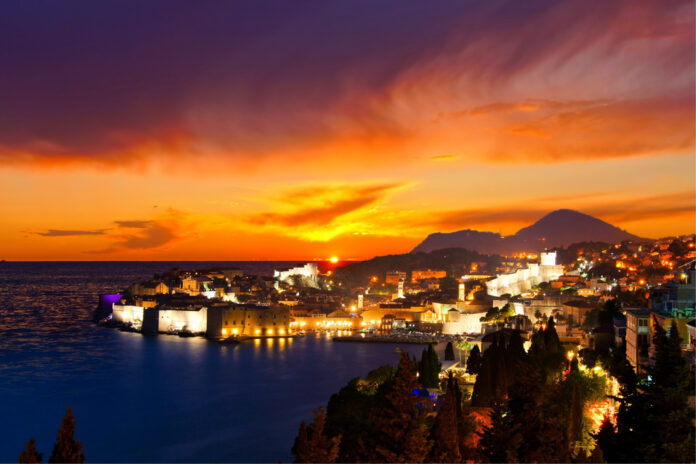 Places where Game of Thrones is played: Friends, winter is already here! A new season of Game of Thrones is about to be released. While fans argue about the fate of Jon Snow in anticipation of new plot twists, we found familiar places from the series in real life. It’s time to open the veil of secrecy!

Place in the series: Astapor
Plot details: This city is located in the Bay of Slavers. Its symbol is a huge harpy clutching a chain in its claws. Trafficking in human beings is flourishing here, which brings a good income. In this city, Daenerys finds his army of the Unsullied, which becomes a loyal ally of the Mother of Dragons in the struggle for the throne.

Place in reality: Essaouira
History details: Astapor is actually the port city of Essaouira. It is located in Morocco on the Atlantic coast ( map ). The first mentions of this settlement were recorded more than 2,700 years ago. In the 16th century, fortress walls began to be actively built in the city, which has survived to this day and served as scenery in the series.

To get to Essaouira, you first need to fly to Marrakech. A regular bus runs from it to the “slave-owning Astapor”.

Place in the series: Braavos
Plot details: The Free City of Braavos is the birthplace of mysterious assassins called the Faceless. He is known to fans of the series due to the fact that Arya Stark was here, fleeing the horrors of Westeros. Left all alone, Arya gets a job in the Black and White House. In this temple, she tries to comprehend the essence of the Many-Faced God.

Place in reality: Sibenik
History details: To create the scenery for Braavos, the film crew chose the small Croatian town of Sibenik ( on the map ) with a population of only 37 thousand people. The first mention of it dates back to 1066. Despite the fact that during the wars the city several times passed from one empire to another, its historical center is well preserved.

To get to Sibenik, you need to fly to Zagreb or Dubrovnik. Buses run from these cities several times a day. Travel time is about seven hours.

Place in the series: Yunkai and Pentos
Plot details: Pentos is a large port, a haven for nobles and merchants. He is also one of the Free Cities. Since Pentos is located closest to King’s Landing, the main characters of the series appear here every now and then.

But Yunkai belongs to the slave cities. It is under its walls that Daenerys acquires his new companion and lover – Daario Naharis. He leads a squad of mercenaries that goes under the banner of the Mother of Dragons and helps her to win.

Place in reality: Ait Ben Haddou
Story details: This fortified city in southern Morocco played two strongholds at once in the series. But in real life, it is not very big, but colorful and with a rich history.

Ait Ben Haddou was founded in the 11th century to control the caravans that passed through these places ( on the map ). Closer to the XX century, the city fell into complete desolation, but recently it has been reconstructed and is gradually turning into a tourist center.

This place really attracted Hollywood directors: apart from Game of Thrones, films such as Gladiator, Alexander, The Mummy, Prince of Persia, and others were filmed here.

Place in the series: Winterfell
Plot details: The very old ancestral castle of the Stark family. From the very first series, the castle does not give the impression of a comfortable place. The climate and the lack of resources are clearly affecting. In addition, during the series, he is attacked several times.

Place in reality: Doon and Ward Castles
Story details: These castles are fully consistent with the image and spirit of Winterfell. Doon Castle was built in Scotland at the end of the 14th century ( map ). Throughout its history, it was used for its intended purpose, and as a prison, and as a hunting lodge. In the 19th century, it fell into disrepair, and restoration attempts were unsuccessful.

In 1984, the Earl of Moray transferred Dong Castle into state ownership. Since then, it has been somewhat ennobled. Now the castle is open to tourists all year round. You can get to it by bus from Glasgow or Edinburgh. In the time it will only take an hour and a half.

Castle Ward is significantly younger than its colleague on the set ( on the map ). It was built in the 18th century on the shores of a lake in Northern Ireland. One of the first scenes of the series was filmed here – the arrival of Robert Baratheon in Winterfell.

The easiest way to get to the castle is from Belfast, where the international airport is located. Next, you will need to drive to the city of Strangford. And from there to Ward is already a stone’s throw. You can take a taxi, bus or bike.

Place in the series: Water gardens in Dorn
Plot details: The country residence of the House of Martell. It is located near the capital, Sunspear. The Highlord and Ruler of Dorn are often here. He suffers from a serious illness, so he prefers to stay away from prying eyes.

Place in reality: Alcazar of Seville
History details: For almost 700 years, this chic palace in Seville was the seat of the Spanish kings ( on the map ). Its construction began in 1364 on the ruins of an old Arab fortress. The Alcazar has been perfectly preserved and has been included in the UNESCO World Heritage List since 1987. All everyday scenes that took place in the Martell residence were filmed in this palace.

Getting to the Alcazar is easy: you just need to find a suitable ticket to Seville.

Place in the series: Fighting pit in Meereen
Plot details: Here, on the day of the opening of the fighting pits, the Sons of the Harpy attacked Daenerys and her associates here.

Place in reality: Arena in Osuna
History details: Osuna is a small Spanish town located 90 kilometers from Seville ( on the map ). Once upon a time, it was in its vicinity that Julius Caesar won his last victory. Today only 18 thousand people live here. One of the main attractions of the city is the bullring.

To see the legendary battle site of Daenerys and the Sons of the Harpy, you need to fly to Cordoba or Madrid. The remaining kilometers will have to be covered by bus.

Place in the series: King’s Landing
Plot details: The main city of the series. Capital of the Seven Kingdoms. The concentration of power and deceit. Every seedy lord dreams of hoisting his flag on the tower of the Red Castle. But few succeed. In King’s Landing, luxury and poverty, asceticism and lust, courage and cowardice are closely connected. All these aspects of ordinary human life are fused together and hypertrophied to the limit.

Place in reality: the cities of Dubrovnik and Split, forts Manoel and Ricasoli.
Details of the story: Since there is always something happening in King’s Landing, the creators of the series had to find several suitable locations for filming at once. Here are three of the most interesting ones.

1. Dubrovnik
Croatian city with a history of more than 1300 years ( on the map ). Its main attraction is the well-preserved old residential quarters of the 17th century, which run right into the sea. If you forget for a moment from the sounds of a modern city, you can imagine yourself as a real inhabitant of King’s Landing with all its secrets and intrigues. Not far from Dubrovnik is the Lovrienac fortress, which served as a backdrop for filming a number of episodes of the Red Castle ( on the map ). In particular, the bloody battle of the Blackwater was filmed near its walls.

Fortunately, to get to King’s Landing, it is not at all necessary to gather an army under your banners. You just need to book a ticket to Dubrovnik. And you are in the capital of Westeros!

2. Split
Even more ancient Croatian city ( on the map ). The date of its foundation is considered to be 305 AD. The main pride of the residents is the well-preserved palace of the Roman emperor Diocletian. 17 centuries after its construction, it became the site of Cersei’s public humiliation.

Getting to Split is easy. Most often you can fly from Russia with one transfer.

3. Forts Manoel and Ricasoli
The ruins of the old fortifications of the Order of Malta have long been closed to tourists. Forts Manoel and Ricasoli were badly damaged during the Second World War. But thanks to Game of Thrones, they have experienced a rebirth. Fort Manoel became the Baylor sept ( on the map ) for several days. It was on its steps that the key scene of the first season with the participation of Sean Bean was filmed. And Fort Ricasoli, thanks to its powerful walls, appeared several times in the series as the Red Castle ( on the map ).

You can see these forts by flying to Malta. Both are not very far from the airport.

Place in the series: Lands Beyond the Wall
Plot details: Cold spaces beyond the Wall are not as deserted as they seem at first glance. In addition to all evil spirits, harsh and bearded people live here. They live by hunting and raiding border villages. Wildlings are a real headache for the decent citizens of Westeros.

Place in reality: Iceland
Almost all of the scenes with the Night’s Watch and the wildlings were filmed in Iceland. The harsh climate and incredibly beautiful nature perfectly convey the atmosphere of the lands beyond the Wall.

So, for example, to recreate the atmosphere of a lifeless white desert, the film crew went to the Vatnajökull glacier ( on the map ). It, by the way, occupies 8 percent of the entire territory of Iceland.

The wildling camp of Mansa the Raider was set up in lava fields with the difficult-to-pronounce name “Dimmuborger” ( on the map ). And the key intimate scene between John and Igrit was filmed in an incredibly beautiful cave – Gryotagya ( on the map ).

If you want to repeat the route of Jon Snow behind the Wall, we advise you to fly to Iceland and see this stunning country with your own eyes. You most likely will not meet white walkers and wildlings, but a warm welcome and incredible nature – no doubt about it.