Hoi An – a city of museums and tailors 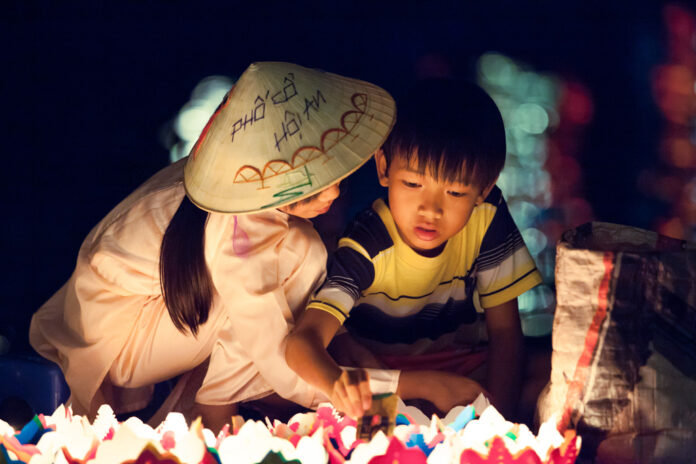 For a close acquaintance with Vietnam, an ordinary two-week vacation is not enough. Vietnam is a country with special geography. Stretched from north to south for three thousand kilometers, with a different climate – cool in the north, frost in the mountains, in the south – almost tropics, with a different culture – the north and south have recently fought against each other. Therefore, choosing between the two extremes, the experienced traveler starts from the golden mean. It is also the geographic middle – welcome to central Vietnam, to Hoi An ( on the map ), an open-air museum city.

There are not one or two museums in the city, but – buckle up just in case – eight hundred and forty-four! That is, almost every building in the central part of the old city is officially recognized as a monument of antiquity, which preserves and demonstrates the peculiarities of the life of colonial Vietnam. Therefore, when in 1999 specialists from UNESCO came to Hoi An, they, without hesitation, wrote down the entire city as a World Heritage Site. Even one of the bridges over the Tubon River, which divides the city in half, has been turned into a museum.

Tickets at the museum box office, which is also the tourist information center, are sold immediately in a pack, ten pieces each, to cover the whole street. These museums are essentially private houses where Vietnamese families still live. You can enter the museum without fear of intruding into a private space – only the courtyard and a couple of central rooms are given for guest visits. The hostess maintains order in the rooms, answers tourists’ questions, not forgetting to offer traditional Vietnamese souvenirs: “This photo is my grandfather. Next to him is Comrade Ho Chi Minh. Would you like to buy a silk lantern or a set of tea bowls? “

Anything that is not a museum in Hoi An is either a restaurant or a clothing store. It is because of the numerous clothing stores that Hoi An is informally called the “city of tailors”. In every such store, a man or woman can order a complete set of clothes: from a three-piece suit and silk scarves to leather shoes. And collect wallets and purses for change. As in museums, Vietnamese work here as families: women invite clients and take measurements from them, men sew, children get underfoot, everything is in business.

Hoi An is a small tourist town in the Quang Nam province in central Vietnam. The population of the city is approximately 120 thousand people. In 1999, Hoi An was listed as a UNESCO World Heritage Site as an example of a trade and port city in Southeast Asia.

Previous article
Velankanni: A Complete Guide
Next article
Places where Game of Thrones is played