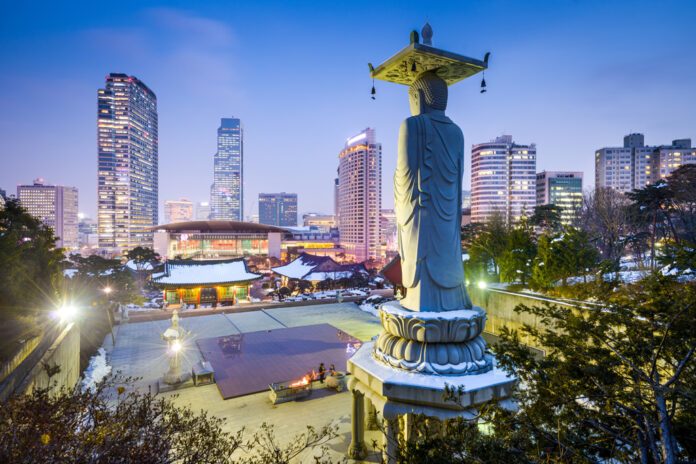 Several years ago, South Korea canceled visas for Russian citizens. A visa is still required only for students, immigrants, and those who intend to work in the country. But tourists can stay in South Korea for 60 days. We found ten reasons to travel to a country that in less than half a century has turned from the most backward corner into one of the most progressive countries in the world. But for all the speed of this progress, ancient traditions are still honored in Korea. Here are 10 Reasons to visit South Korea.

South Korea is quite popular with tourists looking to improve their health. The healthcare system here is one of the best not only in Asia but in the whole world. The main directions of medical tourism: plastic surgery, dentistry, gynecology, oncology. In addition to the newest medical centers, you can undergo treatment in traditional Korean ways – this will certainly appeal to those who dislike doctors and medicines, preferring traditional methods of treatment.

You can improve your health and immunity in chimchilbana. On the Internet, such a place is usually called a “Korean bath”, which, to put it mildly, does not come close to reflecting its capabilities. As a rule, this is a large complex with a sauna, massage, swimming pool, steam bath, fitness center, cafe, and other conditions for a good rest with benefits for the body. Seoul’s most famous chimchilbans are Dragon Hill Spa, Sports Club Seoul Leisure, and The Spa in Garden 5.

Seoul is one of those cities that never sleeps. In principle, this can be said about any metropolis, but life in the South Korean capital really does not stop for a second. There are always crowds of people on the streets: during the day they rush on business, in the evening and at night they rush to clubs, bars, and restaurants.

There are colorful establishments at every turn – both inexpensive and top-level, where the bill per night can easily match the budget of the entire trip to South Korea. The most hurricane area of ​​Seoul in this regard is Gangnam. This is the epicenter of the capital’s party life. A lover of cocktails, parties until the morning, and spontaneous acquaintances should stay here.

In ancient times, this city was the capital of the state of Silla, and now it attracts travelers with many monuments of Korean culture. It houses the eponymous national park, as well as the impressive Gyeongju State Museum, which displays ancient Korean household items, as well as clothing, sculpture, and painting.

In the city center, you will find the fortresses of Mönhwal and Wolson, and a little further – Lake Pomun. Near it, you can stay longer because there is the Possum summer theater, numerous resorts, hotels, and a huge park. The city is considered one of the main tourist destinations in South Korea, so it regularly hosts festivals and exhibitions, including international ones.

The largest island in South Korea is a resort with a good climate. There are still few tourists here, and the infrastructure is well developed. There are several resort areas, the most famous of which are Seogwipo and Jungmun. They have equipped beaches with all the amenities for vacationers. Here you can also go diving, horse riding, and archery.

Jeju is popular with honeymooners and some venues have been created specifically for them. If you are not shy, take a look at Love Land Park – there are about 140 sculptures frozen in unambiguous poses. Well, if you prefer classic tourist spots, welcome to the traditional Korean village. And the most interesting object on the island is Mount Hallasan, which is the highest point (1950 meters) in Jeju and the best place to photograph the sunrise.

The Taekebsan Ridge runs through the eastern part of South Korea. The highest point is Daecheonbon Peak – 1708 meters in height, it is second only to Hallasan volcano and Chirisan mountain. The national park is especially popular with tourists in autumn when the trees turn bright yellow and red.

However, there is something to see here in the summer as well. The park contains unique plants, including dwarf cedar and edelweiss. Animal lovers will be able to get to know the Korean musk deer, the Himalayan bear, and the eastern goral. The site has been on the list of UNESCO World Heritage Sites since 1994.

It is the second-largest city in Korea, home to more than three and a half million people. The largest port is also located here, as well as a huge number of resorts and sanatoriums. In 2002, Busan hosted the FIFA World Cup – then there were definitely enough tourists here, but after the high-profile sporting event, the city was not forgotten.

Busan has first-class beaches, national parks, and hot springs. However, the main attraction of the city is the Buddhist temple of Beomeosa, where the three incarnations of Buddha are located. It was built on Mount Krymcheonsan in 678. The temple is one of the oldest in South Korea.

The long name belongs to a traditional Korean village near Namsan Mountain. Rather, it is a museum located in the center of Seoul. But being here, it’s easy to forget that skyscrapers, neon signs, expensive boutiques, and pretentious establishments are within walking distance.

The museum opened in 1998 and includes the Namsan Gugaktan Traditional Korean Music Center, a classic Korean garden, and a time capsule site. You can appreciate the national architecture – there are five hanoks (houses). All of them at one time belonged to people of different social strata, and you can see the difference in decoration and decoration between the houses of wealthy and less wealthy Koreans.

You can buy absolutely everything in the shopping centers of South Korea. And for this, you do not have to go to Seoul. For example, Busan is home to the world’s largest department store, Shinsege Centum City. You can walk through the halls from morning to evening for several days, which will surely delight travelers and darken the mood of travelers. However, sometimes this can be beneficial: they left their companion in a department store, and themselves – to walk around the city.

In addition to the usual global brands, Sinsega Centum City offers many local Korean brands that specialize in cosmetics and accessories.

This park will captivate you for the whole day, and the attractions will appeal to both adults and children. The roof of Lotte World is said to be visible even from satellites. The park operates without breaks on weekends, every day from morning to evening.

In addition to attractions, you will find a shopping center, a cinema, several cafes, and a hotel. Lotte World is a great family destination. It is more focused on children, but adults will not get bored either.

On the grounds of Changdeokgung Palace, you can find Huwon’s Secret Garden, which is divided into four sectors with different landscapes. The garden was made without interfering with nature, so it remained intact. Deoksugung stands out for its European-style interior buildings, and Gyeonghigung was a royal residence during the Joseon dynasty, its decoration is especially luxurious. It is difficult to single out one of the palaces – they are all worth a visit.

Previous article
Taiwan : The Travel Complete Guide
Next article
Things to do in Tokyo