Western Ghats – Get Beyond Limits 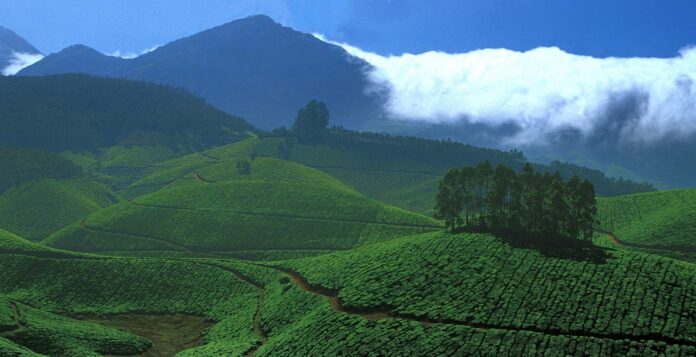 Older than the Himalayan mountains, the mountain ranges of the Western Ghats represent geomorphic features of extreme importance with unique biophysical and ecological processes. The site’s high mountain forest ecosystems influence the Indian monsoon weather patterns. Controlling the region’s tropical climate, the site offers one of the best examples of a monsoon system on the planet. It has an exceptionally high level of biological diversity and endemism and is recognized as one of the world’s eight ‘hottest places’ of biological diversity. The site’s forests include some of the finest representatives of non-equatorial tropical evergreen forests anywhere and are home to at least 325 globally threatened flora, fauna, birds, amphibians, reptiles and fish species.

The Ghats is internationally recognized as an area of ​​immense global importance for the conservation of biological diversity, in addition to areas of high geological, cultural and aesthetic values. A range of mountains running parallel to the west coast of India, approximately 30–50 km inland, the Ghats cross the states of Kerala, Tamil Nadu, Karnataka, Goa, Maharashtra and Gujarat. These mountains cover an area of ​​about 140,000 sq km in a 1,600 km long stretch which is only interrupted by the 30 km Palghat Gap at about 11 degrees north.

Older than the Great Himalayan range, the Western Ghats of India are geomorphic features of immense global importance. The outstanding universal value of the Ghats is manifested in the unique and attractive influence of the region on large-scale biophysical and ecological processes throughout the Indian peninsula. The mountains of the Ghats and their distinct mountain forest ecosystems influence the Indian monsoon weather patterns that mediate the region’s warm tropical climate, presenting one of the best examples of a tropical monsoon system on the planet. The ghats act as a major barrier, preventing rain-fed monsoon winds that come from the southwest during late summer.

An important feature of the Western Ghats is its exceptionally high level of biological diversity and endemism. This mountain range is recognized along with Sri Lanka as one of the world’s eight ‘hottest spots’ of biological diversity. The forests of the Western Ghats contain some of the best representatives of the world’s non-equatorial tropical evergreen forests. There are at least 325 globally endangered (IUCN Red Data List) species in the Ghats. The globally threatened flora and fauna in the Ghats is represented by 229 plant species, 31 mammal species, 15 bird species, 43 amphibian species, 5 reptile species and 1 fish species. Of the 325 globally endangered species in the Ghats, 129 are classified as vulnerable, 145 endangered and 51 critically endangered.

Q. What is the Western Ghats famous for?

A – The mountain range that runs along the western coast of peninsular India from Tamil Nadu to Kerala, Karnataka and Goa to Maharashtra is known as the Western Ghats and is known for its majestic beauty. It is also included in the top eight biodiversity hotspots in the world.

Q. Why is the Western Ghats called Ghats?

A – The range extends northward to the Tapti River and southward to Cape Comorin at the southern tip of India. The Ghats, as they receive extremely heavy rainfall from the southwest monsoon, are included in the major watersheds of peninsular India; Inland rainfall on the plateau is very light.

Q. Where does the Western Ghats start and end?

A – The range begins near the city of Songadh in Gujarat, south of the Tapti River, and runs for about 1,600 km (990 mi) through the states of Maharashtra, Goa, Karnataka, Kerala and Tamil Nadu, across the Marunthuvaaz Malai, Swamithop Ends near the southern tip. India in Tamil Nadu.

Q. Which are the Western Ghats in India?

A – A range of mountains running parallel to the west coast of India, approximately 30–50 km inland, the Ghats cross the states of Kerala, Tamil Nadu, Karnataka, Goa, Maharashtra and Gujarat.

Q. What animals live in the Western Ghats?

Q. What is found in the Western Ghats?

A – The Western Ghats is one of the world’s biodiversity hotspots with over 5,000 flowering plants, 139 mammals, 508 birds and 179 amphibian species. At least 325 globally threatened species are found here. This range covers 70,000 km2 and forms a catchment area for a complex of river systems that drains about 60% of India.

Q. How many hills are there in the Western Ghats?

A – 10 mountain ranges and the highest peaks of the Western Ghats. The Ghats mountain range is one of the major tourist attractions of the country, also known as the Sahyadris range in the state of Maharashtra, Goa and Karnataka.

Q. Which is the highest hill station of Western Ghats?

Q. Is the Western Ghats a World Heritage Site?

A – India’s 1,600-km-long Ghats, a mountain range with forests older than the Himalayan ranges, has been added to the list of World Heritage Sites by the United Nations. The Ghats mountain range is recognized as one of the eight “hottest places” in the world of biological diversity.

Q. Why is the Western Ghats a World Heritage Site?