Busan South Korea : Places to Visit & Things to Do 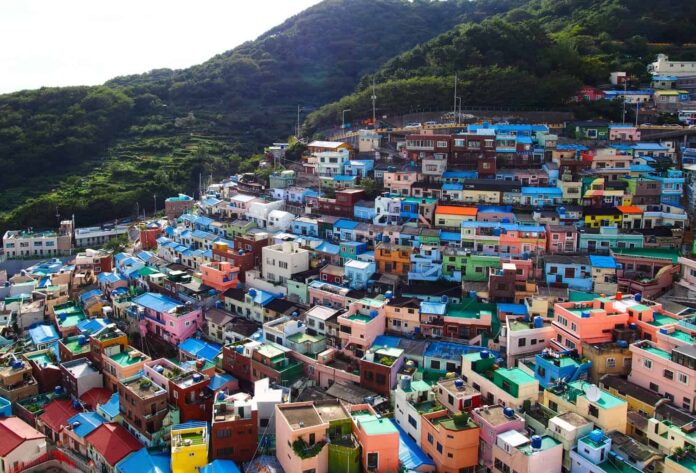 Busan South Korea, lures tourists by skillfully playing on the capital’s shortcomings. They say that there is smog and skyscrapers, but we have a sea space; they have a dominance of “McDonald’s” and “Starbucks”, here – the freshest sushi at the Chagalchi fish market; finally, in “their” Seoul there is a brand new “Disneyland”, and in “our” Busan – a whole scattering of authentic royal castles – just half an hour away. It is a rare case when almost everything said about yourself is true.

In Korea, Kyoju means the same thing as in Russia – Suzdal is a preserved fragment of antiquity, where people come to wonder: “people lived before!”. Is that the “Korean Suzdal” has a richer history, and more palaces. Otherwise, everything is the same: old buildings and rural leisure, plus excellent restaurants of old Korean cuisine.

The area next to Busan Railway Station is possibly the strangest place in the city. Chinatown in the Korean metropolis, from the sidewalk to the roofs covered with signs in Russian. This combination will amaze anyone. Those who are not particularly impressionable are usually finished off by the name: for some reason, the Russian-speaking Chinatown is called “Texas” in American. However, the main thing in “Texas” is not its ethnographic oddities, but its exceptional usefulness for the Russians. Koreans living here are from the USSR. They remember Russian very well and readily help to orientate themselves in Korean incomprehensibility: food, sizes, prices, etc. Or change the currency at any time of the day.

There is also the largest concentration of cheap Japanese restaurants (about 2 km to the Chigalchi fish market) and, of course, Russian cafes with pancakes and borscht.

Be prepared: earlier than in 2-3 hours the children cannot be pulled out of here. Especially dangerous in this sense is the 80-meter tunnel under the aquarium, from where, like from the seabed, you can count for hours swimming over your head sharks, stingrays and orange clown fish.

The kilometer-long beach in the Busan city limits is the most popular resort destination in all of Korea. Cons – during the season (from June to August) on weekends there is a crush here and there are too many vacationers who come from all over the country. Pros – coarse white sand and proximity to other interesting places, such as the Busan Aquarium and a couple of smaller beaches.

The oldest spa resort in Korea. They say that back in the Middle Ages, Korean kings with their servants warmed bones at the local hot springs. Now a huge 5-storey spa complex with a jacuzzi, baths, restaurants is built over the springs, where you can “get lost” for the whole day. The most popular spa procedure among Koreans is polishing steamed leather with special rough towels. Just keep in mind that for the pampered European skin, brutal Korean procedures can be too painful.

Read More About Busan – Busan Top Things to Do