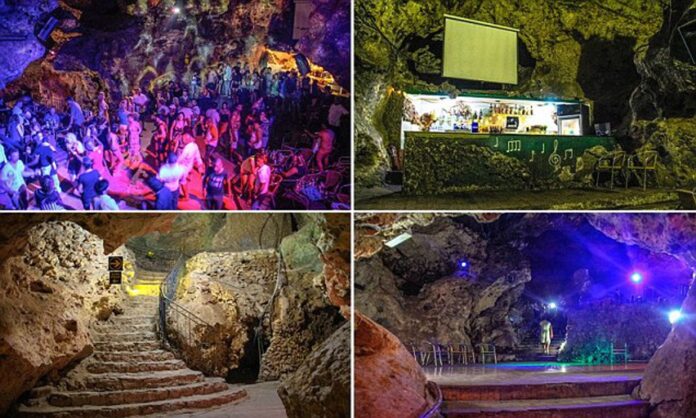 Disco Ayala Cave: We are already accustomed to the fact that today nightclubs open in the most unexpected places – hangars, abandoned metro stations and factories. But in the Cuban city of Trinidad, they went even further and opened a disco in a “natural environment”, or rather in a real cave.

The owners of the club claim that the cave was inhabited even before they had the idea to turn it into a disco. Allegedly, robbers and bandits were hiding here, after the name of the most famous of whom, Carlos Ayala, they called the disco. But the bad reputation of the cave does not bother anyone, but on the contrary, it serves as a kind of advertisement.

Indeed, it would be strange if such an excellent platform stood idle – in the alcoves and tunnels of the huge cave there are three bars, five dance floors with different music and several stages. The natural possibilities of the cave were used to the fullest – in some rooms for ventilation and partly for lighting, through holes were made in the vault of the cave, and instead of installing stairs, the steps were cut right in the stone. In total, up to four thousand people can have fun in the cave at the same time!

The entrance to the club is inexpensive, only about three dollars, for which you will be given a drink right at the entrance. The disco opens around twelve, and an hour later cabaret-style shows for tourists begin – acrobats, sword swallowers and snake tamers, in general, all the best at once.