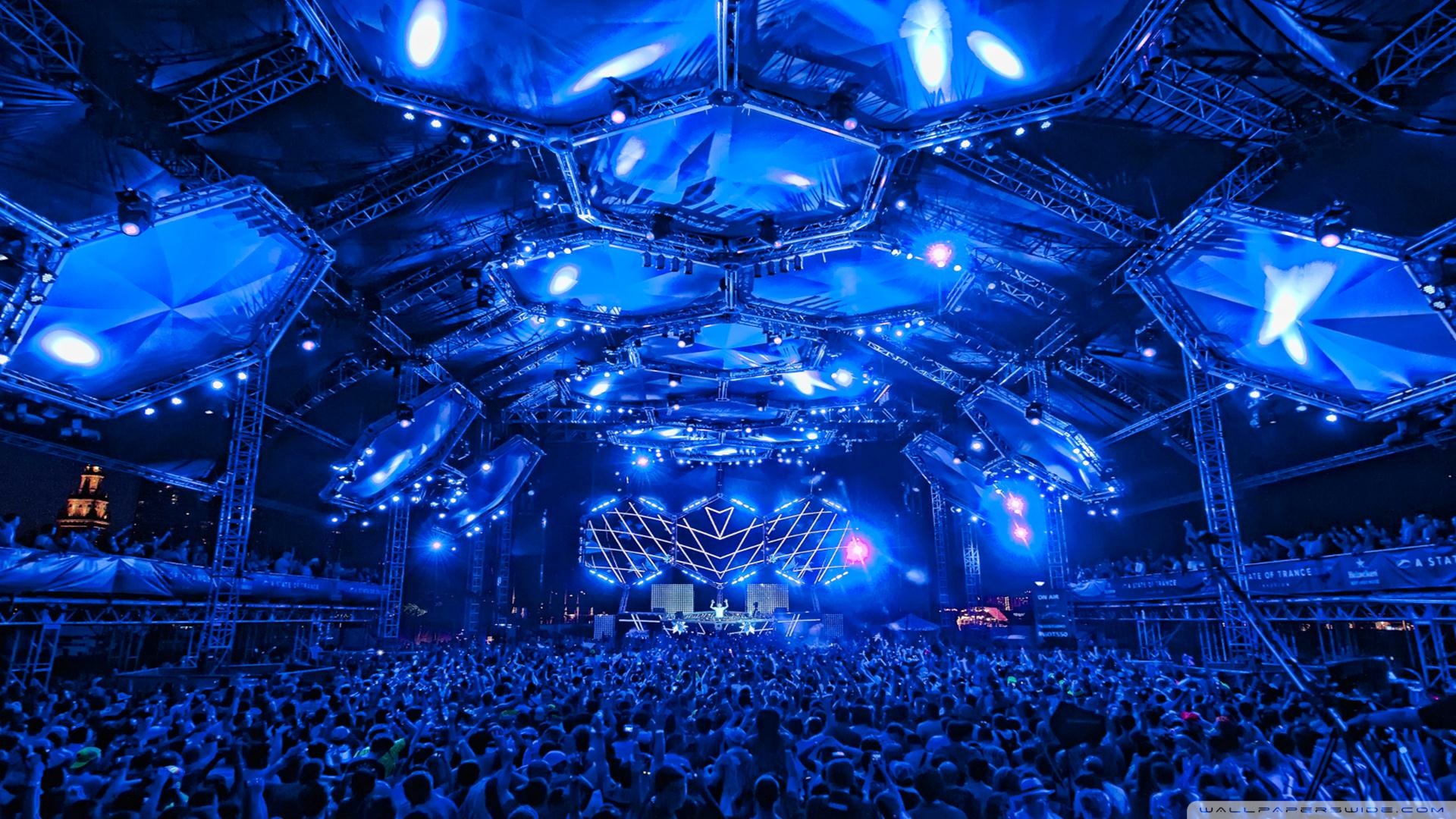 In today’s age of exposure, the coming of the new indigenous music festivals has been drawing music lovers like a moth to its flame and everyone wants to be a part of them! These days the most epic way to explore a tourist destination is through its events and carnivals. What better than to have music accompany that! For travelers and music lovers alike, this eclectic mix of the most awesome-sauce music festivals whether on the beach, in the hills, under a banyan tree, or inside a fort are worth traveling for. Top 10 Music festivals in India.

One of the biggest cultural tourism festivals in the country, the Hornbill Music Festival has been luring a plenitude of tourists over the years. This 7-day cultural fiesta is held amidst the scenic environs of Kohima in December where you can get to witness the biggest rock contest in the country as well as learn about the rich cultural heritage of the place all under one roof. The fabulous state of Nagaland is known for its handloom and handicraft goods designed by the exotic Naga tribes along with the plenitude of natural attractions for tourists to indulge in. If you love your feasts, dances, games, and music, all in good measure, you are in for a remarkable treat! One of the best music festivals in India.

The newest epochal music event, Magnetic Fields is one meant for your visual as well as sensory delight comprising of three epic days of music, art, food, and magic! The newest kitsch carnival to hit the music market, Magnetic lives true to its name pulling in hordes of contemporary acts and crowds to its spectacular venue. This splendid music festivals in India takes you to the exotic paradise of Rajasthan and is a blast. Mostly so because of its fabulous location set in the regal magnificence of Alsisar Mahal in Shekhawati surrounded by the natural splendor of the triangle formed by Bikaner, Jaipur, and Delhi. Be mesmerized by not just the freshest sounds in the country but also the royal ambiance projecting from this magical festival every year in December.

Held at an altitude of 5,500 feet in Ziro valley, the Ziro Festival takes place in September drawing thousands of tourists who love the setting of beautiful mountains and pine trees. The festival aims to encourage fellowship between musicians of Northeast India. Ever since its launch in 2012, the Ziro Festival has served as a platform for artists to meet other artists. Arunachal Pradesh’s idyllic location proves to be perfect for such a friendly and eco-friendly event.

Have you ever pictured yourself in the presence of verdant pastures grooving to some electric music with a cool breeze brushing against your shoulders? Well, this dream might just come true if you head to the picturesque environs of Ziro Valley and drown in the sounds of over thirty artists.

The festival doing the rounds and known as the best-organized indie music festival in the country, NH7 Weekender is held in the cities of Pune, Bangalore, Kolkata, and Delhi over three days.

Not only is this a mega party of different genres of music and international performances all under one roof, but it is also an extravaganza held in some of the most exciting cities in the country. So if you are planning on heading to a Weekender celebration near you, it is best to check out at least two of them to get your heart’s fill of travel, music, and good times.

If you are craving a quiet holiday enjoying the traditional folk music and arts of Rajasthan, make sure to attend its International Folk Festival held at Mehrangarh Fort, Jodhpur every October. The festival is an open stage for acclaimed folk artists, musicians from India and across the globe to engage in a musical bonanza.

Not just that, music lovers attending this elegant event can also explore the spectacular ‘Blue City’ of Jodhpur which is an architectural masterpiece laden with fascinating structures and glittering medieval streets.

This two-day annual event held in the Sula Vineyards in Nasik is a mix of electronic music, Dubstep, Reggae, and the likes with a healthy dose of wine, fashion, leisure, and delight. The fascinating music experience of Sula Fest is quite the attraction for concert-starved Mumbai folk.

Starting off as a celebration of the wine company’s 10th harvest, the festival has since then grown with the inclusion of amazing musical performances. Being a three-hour drive from Mumbai, those visiting the fest also get a chance to be spiritually enlightened by the town of Nasik that is a blend of the ancient and the modern boasting of numerous forts and majestic temples. Music festivals in India.

This three-day festival of adventure, music, healing and culture is held every September in an amazing resort located in one of the most beautiful valleys caressed by the supreme Himalayas and the Beas River. This one-of-a-kind fest showcases the finest artists from genres of Psy-Trance, Trance, Hi-Tech and Electronic Music to Rock, Jazz, Fusion, Classical, R&B and Folk Music.

It also offers a platform for everyone to exhibit their multiple talents whilst encouraging unity and blend of various cultures. Since this spiritual event is held in Manali, it provides travellers a chance to explore its picturesque environs and traverse the natural splendor of its Himalayan surroundings.

Having achieved cult status as the world’s 9th best dance festival, Sunburn is no stranger to music lovers. Pulling in the biggest names in the electronic dance music industry and closing the year every time in December, Sunburn is a mammoth party and an amalgamation of music, entertainment, food, and shopping.

Set in Goa, the major appeal of Sunburn is that while one can enjoy the electronic sounds, the presence of amazing beaches, rich colonial architecture and a myriad of exciting adventures make this a memorable Goa Festivals.

This authentic camping music festival, which celebrates music genres from folk, indie, and non-mainstream to electronic dance, has its venue in the outskirts of Bangalore for three glorious nights at, end of January every year. This festival is not just about the music but being held on countless acres of lush lands outside Bangalore, it has upped its game to make for a more comfortable and open experience for campers and travelers.

What is unique about Storm is the mix of adventure sports along with living music which makes the experience even more dynamic. What is even better is that due to its location, campers can even scour around the beautiful locales of Bangalore and its nearby getaways for an extended holiday!

A unique three-day fest promising to take you away from the mundane is a celebration of art and music held at the Lake Resort, Naukuchiatal in Uttarakhand. This creative retreat features bands, artists, writers, photographers, painters, graffiti artists, performance artists, tattoo artists, and potters in a melange of talent and in the presence of a vibrant flea market.

Escape is the perfect way to spend some quality time with friends and family about 300 km from Delhi. It is set around the scenic getaway of Naukuchiatal or ‘lake of nine corners’, a small hill station in Nainital housing a picturesque lake situated at 1220 m and surrounded by stunning hills on all sides. It is within an enchanting valley offering opportunities of angling and bird watching along with rowing, paddling, or yachting that appeals to young and old alike.

Q – Which are the biggest festivals of India?

Q – Why is Diwali celebrated?

A – The festival of lights, Diwali is celebrated to pay respect to Lord Rama, who returned to his kingdom after 14 years in exile, where he fought the cruel king, Ravana.

Q – Which are the famous festivals of North India?

Q – Which are the famous festivals of South India?

A – Onam and Pongal are the main harvest festivals in South India celebrated in August-September and January respectively. Offering prayers to Hindu deities and family feasts are the highlights of these festivals. Besides, Nehru Trophy Race in Kerala is a popular festival that sees a large audience flocking to see the competition. Another one of the famous festivals of South India is the Hampi Festival. These celebrations in India are held in Karnataka and exhibit the essence of culture and history through music, dance, drama, and art.

Q – Which are the different festivals related to farming celebrated in India?

Q – Which festival is celebrated in spring season?

A – Holi is the major festival celebrated in the Spring Season in India. The festival is also given names like Festival of Colors and Festival of Love. It is celebrated with organic colors and water while a number of delicacies such as gujiya and dahi bhalle are prepared in different states of the country.

Q – How many festivals are celebrated in India?

A – There are diverse religions in India and each of these religions has their own number of festivals. Every state in India has about 20 to 30 grand festivals that is celebrated at different times of the year. Ganesh Chaturthi, Independence Day, Holi, Deepavali, Navratri, Gudi Padwa, Eid, and Republic Day are some of the most important festivals of India.

Q – What are the national festivals of India?

A – Republic Day, Independence Day, and Gandhi Jayanti are the three national festivals of India since they are all centred around Indian Independence and hold a connection to India’s Freedom Struggle from the British colonial rule. The Indian government makes grand preparations for these festivals each year on a massive scale and the country celebrates these in unison. Republic Day is celebrated each year on 26th January, while Independence Day is celebrated on 15th August and Gandhi Jayanti on 2nd October.

Q – What is the most important Hindu festival?

A – Diwali, also called Deepavali or Vijayadashami is the most important Hindu festival in India. It is essentially the Hindu celebration of good over evil and marks the day when Lord Ram returned home with Goddess Sita and Hanuman after defeating Raavan and completing their 14-year exile.

Q – Why India is called the land of festivals?

A – India is referred to as the land of festivals owing to its rich amalgamation of different cultures, ethnic backgrounds, languages, religious sentiments, diverse history, and different traditions in all the states. There are about 20-30 varied festivals celebrated in each state itself, and almost every week is marked by an important festival that the country celebrates in unison.

Q – Why do we celebrate Gurpurab?

A – Gurpurab, or Guru Nanak Gurpurab, is an important festival celebrated by Sikhs to commemorate the birthdays of all of their ten gurus. It is an essential religious festival in the northern region of India, especially in Punjab, Delhi, and parts of Haryana. The birth anniversary of the first Sikh guru, Guru Nanak, is known and celebrated as ‘Guru Nanak Prakash Utsav’ and it is believed to be one of the most sacred festivals for Sikhs. Gurpurab will be celebrated on 12th November this year.

Q – Why is Nagaland called the land of festivals?

A – Nagaland is often referred to as the land of festivals since it is a place where one festival follows another throughout the year. No matter which time of the year you travel to Nagaland, you will always be able to witness one or more ongoing festivals in Nagaland, and the experience will be awesome since festivals in Nagaland are typically accompanied by fol music, dance, laughter, and lots of good local food. In Nagaland, even the name of the festivals are symbolic and they hold a strong significance in the culture and folklore of various tribal communities living in the state.

Previous article
Galle, Sri Lanka – The Top 10 Things to Do in 2022
Next article
PUSHKAR – HISTORY, ‎FESTIVALS, AND LANDMARKS