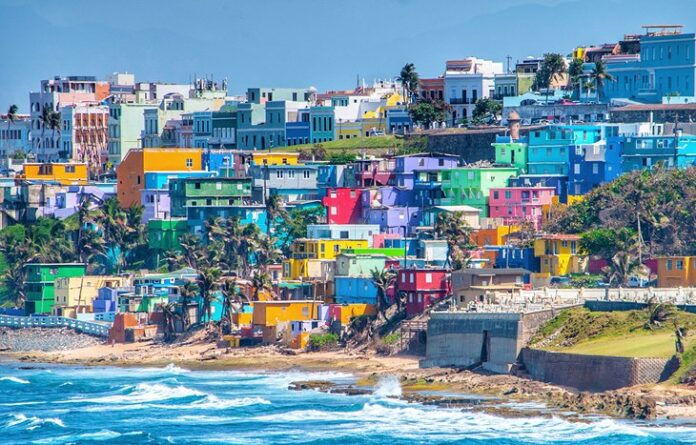 Puerto Rico is a state located on the island of the same name in the Caribbean. Translated from Spanish, its name means “rich port”, and although it originally meant something completely different, today it clearly explains the popularity of Puerto Rico among tourists from all over the world. Resorts for all tastes and ideal beach vacations are just the tip of the iceberg; Today we will tell you about the treasures of Puerto Rico – places that you cannot help but fall in love with.

New generations of the inhabitants of the island respect the heritage of their ancestors, so in Puerto Rico, modern hotels peacefully and organically coexist with century-old buildings. San Juan, the capital of Puerto Rico, was built up in layers, so any of the historical eras can be seen within the city. Thus, the famous Spanish restaurant La Mallorquina opened 150 years ago. The best paella on the island is served, as it was a century and a half ago, within the walls, painted with pictures of elegant ladies of the 19th century. The city itself is surrounded by the fortress wall of Fuerte San Felipe del Moro, which is about 500 years old. The first Christian church in the western hemisphere was also built here. The Cathedral of San Juan Bautista, which adorns the center of the old city, was erected from wood in 1521, and later restored with stone. The jewel of a journey into the past is the Tibs Indian Ceremonial Center in Ponce, a restored village of the Arawak Indians who lived in the Caribbean in 25 BC. This center will soon be 2,000 years old!

2. Festivals for any occasion

No matter what time of year you decide to visit Puerto Rico, you will surely find some vibrant festival. Ease of enthusiasm and cheerful disposition of Puerto Ricans make even a modest event a holiday. Parades and performances take place here for any occasion, be it the festival of orchids or pineapples, beer or sugarcane and … the list is still very far away! The San Sebastian Street Festival is celebrated on a large scale, during which a colorful parade is held, dances are arranged, tents are pitched with traditional treats and objects of local craftsmanship. Every year since the 1970s, thousands of tourists have flocked to the old town of San Juan in mid-January to be part of the busiest and most fun festival in Puerto Rico.

During colonial times, Puerto Rico was a rich port in terms of export – the island was actively growing coffee, sugar and tobacco. Nowadays, farms and plantations have passed to private owners and still produce goods of excellent quality using traditional technologies. Excursions to cane and coffee plantations will be especially interesting for families, because here children can get acquainted with real rural life and see with their own eyes that sugar and coffee do not grow in a supermarket. And in the city of Vega Baja there is a farm where horses are bred and trained, where you can communicate with these smart and kind animals.

4. Dancing until the morning

Salsa is the calling card of Puerto Rico. Everybody dances here and always, as if they were born on the dance floor. In the evenings, groovy rhythms can be heard from cafes and restaurants, musicians perform here and there, and smart people dance until the morning. If you don’t feel confident about going out on the dance floor, you can take a lesson first; many cafes and clubs host special training evenings for beginners. Well, if your interest in salsa goes beyond night dancing, take a tour of San Juan called the Salsa Route. The tour passes through old music shops, themed monuments, bars and restaurants, gradually revealing the history of the development of salsa as an integral part of the culture of Puerto Rico.

Puerto Rican rum is the main ingredient in many local cocktails, including the famous Piña Colada, which was invented here. Instead of the well-known Bacardi, be sure to try local rum that you are unlikely to find anywhere else, such as DonQ, Palo Viejo, Ron Llave or Ron del Barrilito.

After a night of adventure, the most enjoyable morning activity is the leisurely brunch at Panadería. This is the name given to street bakeries in Puerto Rico that work in the morning. They serve excellent coffee, fresh pastries, hearty breakfasts and lunches. There are dozens of these bakeries all over the island, in every city.

It is worth a little drive away from the beaches inland, and wild landscapes will open up in front of you, striking in their beauty. The main natural attractions of Puerto Rico are the Camuy River Cave Park, which is a long cave with an underground river, the Parguera Nature Reserve with a complex system of coral reefs, and the rainforest of the El Yunque National Reserve. The island of Puerto Rico is relatively small, you can drive around it in one day by car, so sightseeing tours are popular here, where in one trip you can see caves, mangroves, coral reefs, manatees, Puerto Rican frogs and rare birds.

These two strange words are the names of small satellite islands located east of Puerto Rico, which can be reached by ferry from Fajardo or by small plane from San Juan. On the island of Culebra, there is Flamenco Beach, where old rusty tanks, left here forty years ago, can be seen from the sand – a surreal nature for memorable photographs. And the beach of Zony was chosen by sea turtles crawling out here to lay their eggs. On the island of Vieques, you need to stay overnight and spend it in Mosquito Bay – a bay full of bioluminescent plankton that glows at night with bright neon light. In the afternoon, it is worth going to Sun Bay Beach to watch wild horses. Both islands have beautiful beaches, hotels and restaurants, so you can stay there for a few days and take a vacation while on vacation.