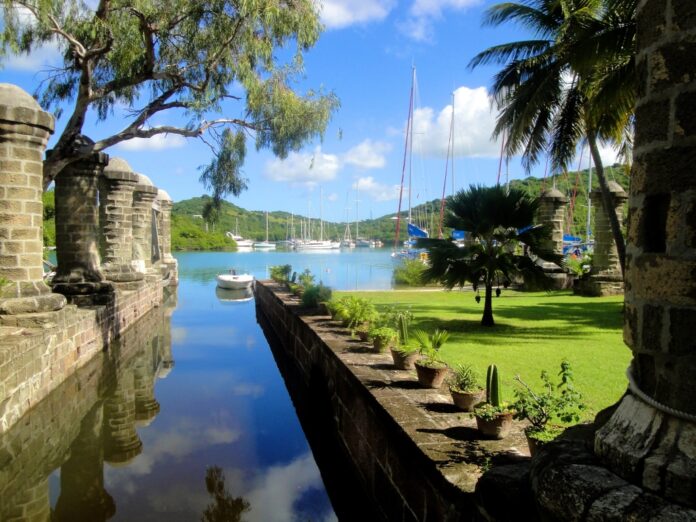 “The Antigua Naval Dockyard and its associated archeological sites consist of a group of Georgian naval structures set within a walled enclosure, surrounded by highlands on a series of naturally occurring narrow bays, which On the defensive fortifications were built. The dockyard and its associated facilities were built at a time when European nations were battling for ocean supremacy to gain control of the lucrative sugar-producing islands of the eastern Caribbean. Antigua’s location as a front-line naval dockyard facility gave the British Navy a strategic advantage over its rivals at a crucial point in history.

“The construction and operation of the Antigua Naval Dockyard were made possible through the labor and skill of enslaved Africans, whose contributions to the establishment of the facility and, more broadly, to the development, trade, and industrialization of the British Empire were important.”

To be inscribed as a World Heritage Site, every application must know why the site is unique. The World Heritage Committee established nine criteria for inscriptions ranging from cultural to natural. Antigua Naval Dockyard and associated archeological sites are marked under criteria (ii) and criteria (iv).

Criterion (ii): Demonstrate a significant exchange of human values ​​over time or in the cultural sphere of the world, on the development of architecture or technology, monumental art, town-planning, or landscape design.

The Antigua Naval Dockyard and its associated archeological sites demonstrate a significant exchange of human values ​​within the Caribbean and between the region and the rest of the Commonwealth, on the exploitation of natural topographical features for architecture, technology, and the strategic military. an objective. Enslaved Africans in the British Navy and Army service built and worked on facilities that were vital to the growth, trade, and industrialization of the British Empire. The buildings and archaeological structures and remains of the Georgian period stand as testimony to their efforts and continue to influence their descendants’ architectural, social and economic development.

The Antigua Naval Dockyard shows exceptionally how the British Admiralty Building prototype was adapted to cope with the extremes of climate, and the lessons learned in the Caribbean in creating such buildings were later successfully applied to other colonies. Among the most prominent witnesses of this interchange, Clarence House demonstrates how English Georgian architecture was modified to suit the warm tropical climate and to counter the threat of disease and the emergence of a distinctive colonial Caribbean Georgian architecture; And the Officers Quarters and Senior Officers House demonstrate how building forms were adapted to suit the climate of the Caribbean, with the addition of features such as storm shutters and verandas. Few other sites demonstrate this transition from British prototypes to the use of colonial building forms as clearly as the Antigua Naval Dockyard.

Criterion (iv): To be an outstanding example of a type of building, architectural or technological ensemble, or landscape that represents (a) significant stage(s) in human history.

The Antigua Naval Dockyard and its group of associated archeological sites were built exploiting the area’s natural features (the deep waters of the English Harbour, the chain of hills protecting the bay, the jagged contours of the beach, and the narrow). entry) in a period when European powers were at war to expand their sphere of influence in the Caribbean. Overall, the property represents a classic example of Georgian naval amenity in a Caribbean context.

The Antigua Naval Dockyard and its associated archeological sites demonstrate the process of colonization by a major naval power in the 18th century and the global dissemination of ideas, building forms, and technologies, as well as the exploitation of geomorphological features conducive to construction. Defense of a strategic compound.

The World Heritage Inscription is not a one-time award, but a recognition of the long-term successful management of a heritage site. To ensure that our inscriptions are protected, national parks engage in research, establish better interpretation and knowledge of park rules and regulations, and make data-informed decisions regarding stabilization and visitor management.

Q. Where is Antigua Naval Dockyard and Related Archaeological Sites?

A – Nelsons Dockyard is a cultural heritage site and marina in English Harbor located in St. Paul Parish on the island of Antigua in Antigua and Barbuda. It is part of Nelson’s Dockyard National Park, which also includes Clarence House and Shirley Heights, and is a UNESCO World Heritage Site.

Q. Why are Antigua Naval Dockyard and Related Archaeological Sites are famous?

A – The Antigua Naval Dockyard and its associated archeological sites demonstrate the process of colonization by a major naval power in the 18th century and the global dissemination of ideas, building forms, and technologies, as well as the exploitation of geomorphological features conducive to construction.