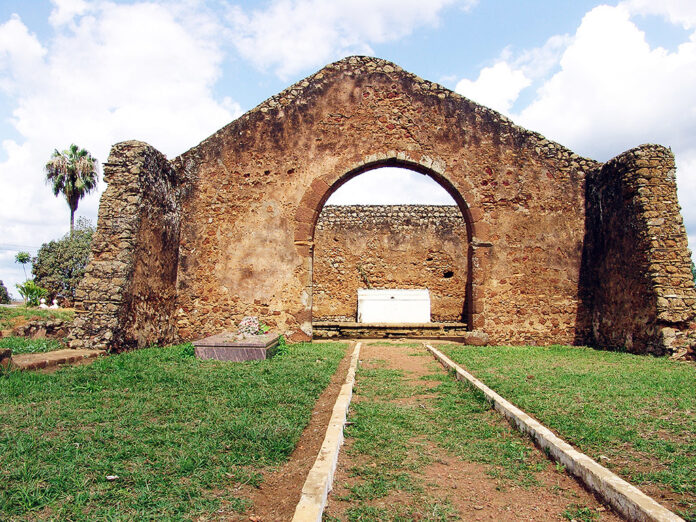 Mbanza is located in the extreme northern Angola, about 40 km from the city of Kongo, the international border with the Democratic Republic of the Congo. It is located on a prominent ridge at the edge of the Congo Basin rainforest. The World Heritage Area covers about 0.9 km (within a much larger current settlement of more than 15 km) that serves as the political and religious center of a prosperous city, which has existed for nearly eight centuries. , which includes an extended period before the arrival of the Portuguese in the 15th century.

The region is important because of its long history as the capital of one of the largest formed kingdoms in Southern Africa from the 14th to the 19th centuries. It was at the center of the major slave trade route between Central Africa and the Americas. After the arrival of the Portuguese in the 15th century, the indigenous culture began to be influenced by Christianity and the local elite began to adopt the Western way of life. Mbanza Kongo shows profound changes, more than anywhere else in sub-Saharan Africa, due to the introduction of Christianity and the arrival of Europeans.

The World Heritage Site is small and the remains belong to the two main periods of the region’s history – the pre-colonial and post-colonial periods. There is little tangible remains of the pre-colonial period as the buildings were constructed from local (mud and wood) materials, and the original city was occupied and in ruins in 1568–1571. Therefore, the knowledge of this period is based on a limited amount of archaeological and intangible evidence. During the colonial period the Portuguese introduced stone buildings using Western construction techniques, including many churches, and these form the basis of the built element of the site that can be seen today.

The archaeological elements of the site include four main excavations, including the Tadi dia Bukikwa (probably the remains of a Jesuit college mentioned in 1624); Madungu (a moat used as a garbage dump near some country houses and containing artifacts from the 15th – 17th centuries); Lumbu (probably a royal residence) and Mapindi e Tadi (places associated with the funeral ceremonies of kings). Built elements of the site mostly date back to the 19th and 20th centuries, but they include the remains of Kulumbimbi, the first Catholic cathedral built from local rubble in the late 16th century. There are several more recent churches, a new Royal Palace (built in 1901), and traces of colonial architecture, including a Portuguese fort and municipal administration buildings.

Google Earth View: To view satellite imagery of Mbanza Kongo on Google Earth, click here. This opens a new window, so when you’re finished, close the Google Earth page and you’ll be right back here to continue browsing. The image opens on the Semitario dos Reis do Congo (the tomb of the king) and the adjacent Mukulumbi (remains of a 16th-century Catholic cathedral) close to the northern part of the airport’s runway.

Zoom out for a view of the extensive World Heritage Area located to the east of the modern-day airport and covering an area approximately 350 meters wide on either side of two long avenues and bounded by a clearly visible major road to the east in satellite imagery. There are no archaeological remains to be seen at this scale, but satellite view shows some churches and other major historical buildings, providing a good basis for understanding the modern context of this site.

Q. What does mbanza mean

Q. Why did the Congo Empire collapse?

A – The kingdom declined from the mid-16th century, when the Portuguese, moved away from the interference of Kongo’s rules on trade, shifted their interests further south to the region of Ndongo.

Q. Why was the Congo Empire important?

A – Slavery and royal rivalry. In the following decades, the Kingdom of the Congo became a major source of slaves for Portuguese traders and other European powers. They also show their accounts on the buying and selling of slaves within the country and the capture of slaves in war that were given and sold to Portuguese traders.

Q. What was the impact of the Portuguese on the Kingdom of Kongo?

A – The Portuguese claimed the island of Sao Tome off the west coast of Africa to establish Chinese territory. The farms required many laborers and the Portuguese pressured the Kongo for more and more slaves. As a result the population of Kongo came to an end.

Q. What is the historical Kingdom of Kongo known for?

A – The Kingdom of Kongo, with a population of over 2 million people, prospered through trade in ivory, copper, salt, cattle hides and slaves.