Things to do in Tokyo 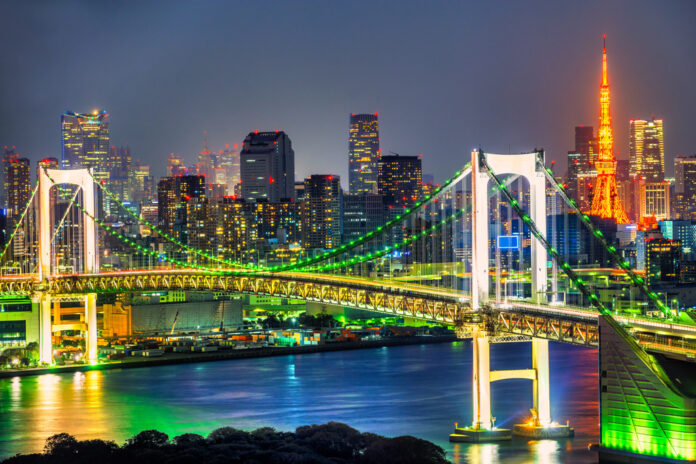 Tokyo can be safely called one of the most famous cities in the world, along with New York, Paris, London, and Hong Kong. Many dreams of visiting the Japanese capital, but in fact, few make these dreams a reality. Here are the top 8 things to do in Tokyo.

There are several reasons for this: the image of the most expensive city in the world, language and cultural barriers, the remoteness of Japan, and the high cost of the flight. But in reality, everything is not so scary: a trip to Tokyo can be quite inexpensive (no more expensive than to the same New York or London) – the cost of the flight depends on the season, and every third resident of the capital speaks English.

The earthquake of 1923 almost completely destroyed the city, and what survived in 1923 was destroyed during the bombing of 1945. Tokyo was rebuilt almost from scratch in the second half of the 20th century, and therefore today is one of the most modern capitals in the world. But this does not mean that there is nothing to see in the city – quite the opposite!

Things to do in Tokyo | 8 most interesting places

is not just a market, it is a giant food court with a great selection of the freshest seafood and fish. The main attraction on Tsukiji is the tuna auction. Visiting the auction is free, but the number of places for tourists is limited and the queue must be occupied in advance, no later than 4.30 in the morning. After the auction, wander around the market, appreciate the variety of marine life, and be sure to have breakfast or lunch at one of Tsukiji’s sushi bars (market restaurants close around 13:30).

Ueno Park has several museums, temples, and even the oldest zoo in Tokyo. Be sure to visit the Japanese Art Gallery in the main building of the Tokyo National Museum (Honkan) and the National Museum of Science and Nature. At the opposite end of the park from Honkan is the interesting little Shitamachi Museum, which is a life-size recreation of the dwellings of the poor neighborhoods of Tokyo before the earthquake.

Meiji is the largest and most popular Shinto shrine in Tokyo, dedicated to Emperor Mutsuhito and his wife. It was thanks to Mutsuhito, who chose a pro-Western course and opened Japan to foreigners, that the country became one of the world’s leading powers. Meiji is located in the depths of the ancient Yoyogi Park, which is visited by thousands of Japanese every day. The park is equipped with bicycle paths and a basketball court, and there is a bicycle rental service.

Quarter The Harajuku Quarter, located in Shibuya, is one of the most unusual places in Tokyo. On Sundays, cosplayers gather here, young people in fancy costumes in the best traditions of anime. Photos of funny-dressed Japanese teenagers were taken here.

The most famous intersection in the world, perfectly expresses the spirit of Tokyo. Place yourself on the second floor of Starbucks in the Tsutai Bookstore building and watch thousands of people cross it in all directions at the same time. Please note that there are queues in this Starbucks, and you will have to wait for a little to get a seat by the window. An excellent view of the intersection also opens from the glass overpass between the Mark City shopping center and Shibuya station. In the evening, when neon signs and advertisements are lit all around, the intersection looks even better than during the day.

The tower in Roppongi Hills is 238 meters high, making it one of the tallest buildings in the city. On the 52nd and 53rd floors, there is the Museum of Contemporary Art, which displays both the work of Japanese artists and outstanding works of authors from around the world. By purchasing a museum ticket, you will also gain access to the observation deck, which offers one of the best views of Tokyo. In good weather, there is also an open observation deck on the roof of the skyscraper (be prepared for the fact that it is quite windy there).

This palace is the current residence of the imperial family, therefore the courtyard and the palace building itself are closed to the public. The palace is open for tourists only twice a year – on January 2 and December 23. But you can easily see the adjacent eastern park. In addition to the variety of trees and shrubs that bloom here almost all year round, you can see the ruins of one of the towers of the original Edo Castle, in the place of which the modern imperial palace was erected.

is one of the most popular attractions in Tokyo. This is an ornate Buddhist temple dedicated to the goddess Kanon. The guidebooks write that it was founded as early as the 7th century, but don’t let this information mislead you, the modern building of the temple was built only in 1958. Near Sensoji, there is an old shopping street, Nakamise, popular with tourists, where you can buy souvenirs and traditional Japanese sweets.

Previous article
Reasons to visit South Korea
Next article
Hunan: A trip to the planet Pandora