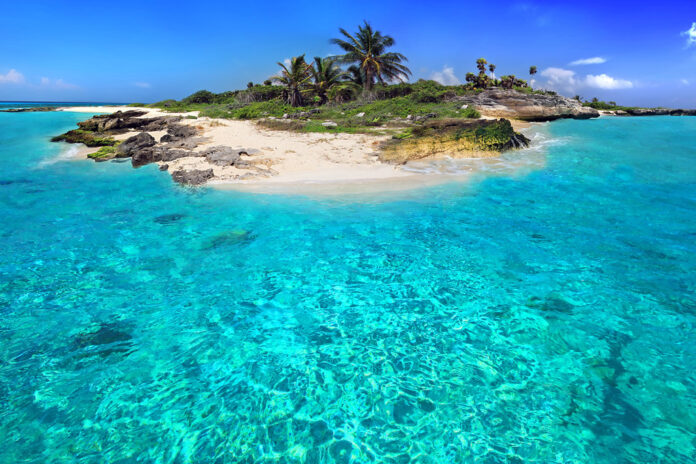 Islands in the Caribbean Sea are a coveted piece of paradise for tourists: white sand, gentle sun, and excellent service. Places such as Puerto Rico, Cuba, the Dominican Republic, the Bahamas, and Jamaica have been heard by everyone and more than once. Therefore, we decided to talk about the lesser-known, but no less attractive islands of the Caribbean.

Sixty islets in the northeastern Caribbean are considered an overseas territory of Great Britain and maintain a close connection with the Metropolis, so the level of service, language, and culture is English, but the money is American. You will need a lot of them to travel here: the standard of living on this archipelago is one of the highest in the region.

Many tourists come to the British Virgin Islands by ferry from other nearby tiny states for a day or two. What to do here? Tortola, the main island, is known for its white beaches and chalk cliffs, little Yoste van Dyck has the best restaurants with Caribbean cuisine, the former pirate residence of Anegada attracts diving enthusiasts – more than 200 ships are sunk in the coastal waters, and The Baths ( Baths) are unique natural stone reservoirs filled with seawater.

The archipelago north of Puerto Rico and south of the British Virgin Islands belong to the United States and differs little from its British namesake in terms of prices, service, and luxury. Sao Thomas is the largest island of the archipelago, it is also called Rock City because of the rocky horizon. From entertainment, there is the Ocean Park, diving and numerous festivals, and from the attractions – the castle of Blackbeard, the famous pirate.

The smallest island of Saint John attracts celebrities and honeymooners seeking seclusion on picturesque uncrowded beaches, as well as nature lovers: there is a large nature reserve with hiking trails. The southern island of Santa Cruz is of interest to history buffs: during colonial times, there were sugarcane plantations and distilleries, which now have small museums.

The small, blob-like island of Saint Lucia – the second largest of the Windward Islands group – has become more and more popular in recent years. The wildlife is fairly well preserved here (unlike many other islands in the Caribbean) and is relatively inexpensive.

In spring, the island hosts an international jazz festival, which is attended by famous musicians. Newlyweds, for whom almost half of all rooms are prepared in hotels like to spend honey “weeks” here. Fans of outdoor activities can climb to the crater of an extinct volcano or climb the Pitons twin mountains, protruding directly from the sea in the southwestern part of the island.

One of the most scenic spots in the Caribbean, the Cayman Islands, was so named because early Europeans mistook the abundant blue iguanas that lived here for caimans. An archipelago of three islands lies south of Cuba.

The largest island, Grand Cayman, is home to the capital Georgetown and Stringray City, a maritime entertainment center named after the stingrays that can be fed in the coastal waters. Here you can also visit the former capital city of Bodden, next to which there are the Pirate Caves, which they used for centuries for shelter or a turtle farm, or walk along the Mustique Trail hiking trail in the middle of the island.

On Little Cayman Island, nature is almost untouched: mangroves, in which wild (or feral) animals are found. There is also a bird sanctuary. Cayman Brac Island has many caves and a parrot national park. It is interesting that all the islands have beaches with both white and black sand.

A network of 40 small islands with white beaches, clear azure waters, colorful coral reefs – the perfect place for a quiet secluded getaway. Most of the islands have no permanent residents, only hotel and guesthouse staff. The largest island, Providenciales, hosts huge ocean liners in a port that looks more like a pier.

On the island of Grand Turk, two hundred meters from the coast, there is a very popular reef with divers, which abruptly drops to a depth of 2.4 kilometers. Here is the National Museum, where among the exhibits there is evidence that Columbus first entered the Western Land on this island (although historians dispute this fact).

The western and southern coasts are traditionally used for beach holidays, while the Atlantic East, which is more hectic, is loved by surfers. Bathsheba beach is especially popular among fans of catching a wave. The cultural program also includes a visit to the Andromeda botanical garden and the gallery of pirate caves.

The lesser-known twin islands in the south of the Caribbean offer a choice of black sand beaches and luxury hotels, or the opportunity to find adventures and visit places with history. The livelier island of St. Kitts is filled with restaurants, bars, and nightlife.

On a calm Nevis, you can walk and swim on quiet beaches. There are also sights on the islands: the ancient fort of Brimstone, which the conquerors of these lands called the Gibraltar of the West Indies.

Saint Martin or Sint Martin – the smallest of all inhabited islands controlled by two independent governments at the same time, is located in the northern Caribbean. The northern part of the island, called Saint-Martin, belongs to France and attracts tourists with gourmet restaurants and trendy beach parties.

The southern, Dutch part of Sint Martin is famous for its casinos and Maho beach. Above the beach, literally over the heads of the vacationers, intercontinental liners are landing. This attracts spotters (fans of airplane photography) from all over the world and surfers here.

On the island of Bonaire in the southern Caribbean, almost all the main attractions are underwater, so if you are not an avid diver, then you might be better off heading to the more famous and touristy islands of Aruba and Curacao. The coral reef surrounding the island has the status of a National Natural Park, and all living things that live up to 60 meters in depth are protected.

If you feel like taking a break between dives, you can go on a ground trip: Washington Slagbai National Park is a charming nature reserve with hills and lakes, parrots, pink flamingos, and iguanas.