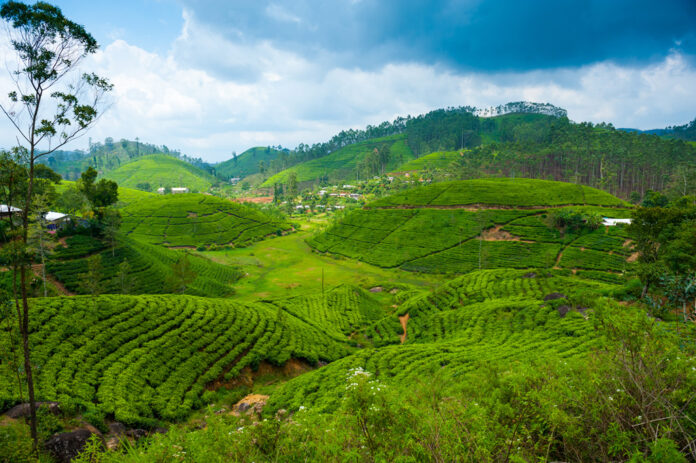 Sri Lanka is an island state located in South Asia not far from the place where the Indian subcontinent ends. The name of the country is translated from Sanskrit as “blessed land”. True, until 1972 this state was called differently – Ceylon. So this place was marked on their maps by Europeans who colonized the island at the beginning of the 16th century. Attractions worth visiting Srilanka.

The island has a population of about 21.5 million, the vast majority of whom are Buddhist. More than a million tourists visit the country annually. The best time to relax in Sri Lanka is from November to April, when the northeast wind prevails here, bringing with it warm and dry weather. From May to October, the island is ruled by wet monsoons. During this period, tropical showers are almost continuous here, and beach holidays are complicated by high waves.

What is so special about a vacation in Sri Lanka? Here you can see the majestic Buddhist temples, ride an elephant, taste real Ceylon tea, sunbathe on the beach, go diving, surfing or rafting. But today we will not be talking about that. We have prepared for you 8 interesting sights that you should definitely see on the island of Sri Lanka.

Temple of the Tooth

One of the four Buddha’s teeth preserved after the cremation of his body is kept here. This relic came to Ceylon in 371 and since then has been carefully guarded by representatives of the royal dynasty. The temple is located on the territory of the royal palace and is open to all who wish to worship the shrine. Of course, you will not see the tooth itself, since it is under reliable protection. He is taken outside the temple only once a year. During the colorful Esala Perahera Festival in August.

In addition to the famous tooth, in the Dalada Maligawa temple, it is worth seeing a Buddha figurine made from a solid emerald, as well as ancient manuscripts.

The botanical garden is located 6 kilometers from the city of Kandy. Its area is over 60 hectares. Here you can walk surrounded by exotic trees, flowers, palm groves, and bamboo thickets. Huge pavilions with orchids and cacti, as well as a Japanese garden are also worth a visit. The garden is home to hundreds of colorful tropical birds and funny monkeys that are not afraid to approach tourists. In addition, in the botanical garden, you can see plants planted by famous people, for example, the iron tree of Nicholas II, the ficus of the English king Edward VII and the spruce of Yuri Gagarin.

When visiting Sri Lanka, be sure to look at the world’s oldest sacred tree, which is more than 23 centuries old. According to Buddhist beliefs, the Bo Tree grew from an offshoot taken from the Budha Goya ficus, under which Siddhartha Gautama received illumination, and he became a Buddha.

The Bo tree is located on the territory of the Anuradhapura Vihara temple complex. It is surrounded by a fence of gold and is closely guarded. A huge number of pilgrims from all over the world come here, dreaming of getting a leaf that fell from a sacred tree.

The temple is located near the ancient Sri Lankan capital. It was built or rather carved out in the thickness of the rock in the II century BC. A gigantic rock mass hangs over the temple complex, which impresses even experienced travelers. At the foot of the rock, guests are greeted by a huge statue of Buddha, and an amazing wavy staircase, strewn with flowers, leads to the temple.

The Dambulla temple is rightfully considered one of the richest places of worship, its luxury is striking. More than 150 Buddha statues are kept here, more than half of which is covered with gold. One of the caves is famous for the fact that drops of water rise up its walls from the source and, collecting under the ceiling, fall into the golden bowl standing below.

You should be very careful on the territory of the complex – thousands of monkeys feel very at ease here and are not averse to profiting from the contents of your purse or stealing your camera.

From time immemorial, elephants in Sri Lanka are considered sacred animals. You can see with your own eyes how these intelligent animals live in the state elephant nursery in Pinnawala. The most comfortable living conditions for elephants have been created here. Tourists are shown both adult animals and small elephants, which can be fed, of course, for a fee and at a strictly allotted time. If you are lucky, you will see elephants bathing, during which they do not behave like sedate giants, but like small children splashing water and wallowing in the mud. Since all the inhabitants of the nursery do not come here just like that, but due to injuries and other unfavorable circumstances, the money raised for tickets goes to the maintenance of the animals.

Connoisseurs of spicy flavors will certainly want to visit the Spice Garden, located in the town of Matae, not far from Kandy. Here you can see how spicy plants grow, which we are used to seeing ready-made in our kitchen.

During the excursion, garden workers will tell you how to use spices correctly, how to prepare medicinal and cosmetic preparations from them. There is a shop here where you can buy your favorite spices, get advice from an Ayurvedic specialist and even visit a relaxing massage session using rare oils and herbs.

The place with such a frightening name is located near Dikwella Beach. This landmark of Sri Lanka is also called the “Breath of the Whale”. An unusual natural phenomenon is caused by the fact that ocean waves, falling into a deep rift between the rocks, break out from there and rush upwards like a grandiose fountain reaching a height of 30 meters. The action is accompanied by loud sounds, reminiscent of the voice of a giant whale. The only thing to consider is that a natural phenomenon can only be observed in strong winds. On the way here you will see many picturesque villages and get acquainted with the life of the local population.

The reserve is located in the upper reaches of the three largest rivers of Sri Lanka, eight kilometers from Ohiya. In addition to the luxurious tropical nature and the diversity of the animal world, here you can see an attraction called “The End of the World”. This is an absolutely vertical cliff with a height of more than 1300 meters, from the top of which a stunning view of the gorge and the river bed opens. Experienced tourists recommend coming to the observation deck early in the morning, when in the light of the first rays of the rising sun a thick fog rises from the bottom of the gorge, creating the feeling that you are really at the very end of the world.

What else is attractive to Sri Lanka for tourists? The homeland of the world’s best tea and exquisite spices welcomes its guests with well-equipped hotels, beaches, and delicious food. You can relax in Sri Lanka on a budget since the prices here are lower than in countries with similar climatic conditions. For example, a dish of freshly caught seafood costs about $ 15 here, an exotic fruit salad costs $ 2.5, and ice cream can be bought for as little as a dollar.