What to do in Nepal besides mountaineering? 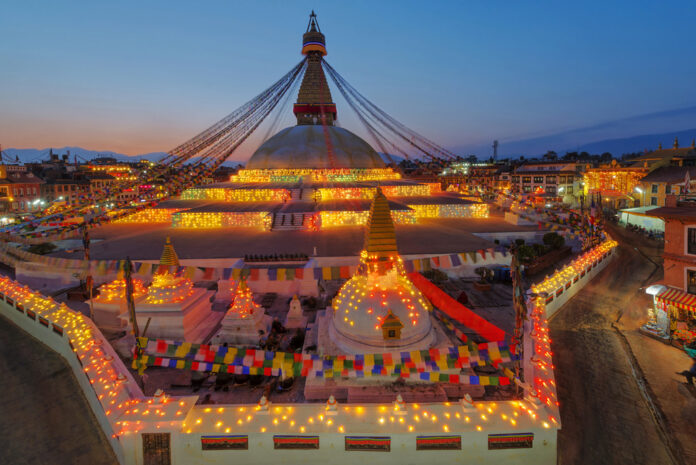 When mentioning Nepal, most lovers of comfortable tourism have two associations: mountaineering and Buddhism. Yes, there are the highest mountains in the world and many temples. But in Nepal, it is not at all necessary to go to Everest or spend all the time in monasteries. This is, first of all, a tourist country with amazing nature and ancient culture, and a vacation here can be unforgettable. What to see and do in Nepal besides climbing, we will tell you in this article.

Visit the birthplace of Buddha in Lumbini

Chances are, you will quickly learn that Buddha was born in Nepal. You will be told about this more than once, and you will consolidate this knowledge, seeing the slogan “Buddha was born in Nepal” on passing cars. At the time when Prince Siddhartha Gautama was born, who later became known to the whole world as Buddha, Nepal was not that Nepal and India were not that India as we know them now. But today Lumbini, the place where he was born, is in the south of modern Nepal, and although only about 11% of the country’s population profess Buddhism, everyone is proud of this fact.

Go on nine-day rafting down the Sun Kosi River

Hiking is the best way to get to know the country, but sometimes river travel can replace it. Nepal is one of the best places on earth to start multi-day rafting across the country: for example, Sun Kosi regularly falls into the ten most suitable rivers for rafting in the world. Its length is 260 kilometers, and, traveling along with it, you will see high hills, terraces with rice fields, meet wild, clean beaches (the water in the river is warm), friendly villagers, local temples, dense jungle and end the path on the plains behind which begins India.
If nine days are long enough, go on a one-day kayaking tour along any of the rivers of Nepal – they are all different and interesting in their own way.

Look at the skull of a yeti in Khumjung

Behind the muddy glass of a small box in the Khumjung monastery is the skull of a Yeti, or Bigfoot. Or rather, the scalp of someone who possessed an enormous, pointed head with dark, coarse, wool-like hair. If you are skeptical enough to walk three to four days from Lukla for this, know that Khumjung village is on the trail to the Base Camp for climbing Everest. Can be combined.

Fly over Pokhara with a paraglider

Pokhara is one of the three largest cities in Nepal and the most “western” of them, for example, in the 60s of the last century there was a colony of hippies, and after the “children of flowers,” it was chosen by a more respectable audience from Europe and America. In the city center, there is the Lakeside tourist area, where hotels, shops, and restaurants are concentrated. Pokhara is the perfect place to unwind after the hustle and bustle of Kathmandu. One way to calm down and find peace is to fly a paraglider over the city.

The emerald green terraces of rice fields, the blue waters of Lake Phena, and on a clear day the view of Anapurna, one of the highest peaks of the Himalayas, is the best cure for stress. The city is home to the most famous and respected paraglider of Nepal, Babu Sunuwara.

There are many places in Nepal where hot water springs gush out of the ground, which is used for healthy bathing. On the track around Mount Annapurna in Tatopani, hot water fills two stone fonts carved right into the rock. Taking such a bath cannot be compared with a jacuzzi or a spa session – after the ascents and descents, hot water “resurrects” tired travelers and helps to cope with the effects of altitude sickness.

See tigers, rhinos and swim with an elephant

In Bardia National Park, which looks more like a jungle, the chance to see a Bengal tiger in its natural habitat is high, but a long trip to the west of the country and long hours of observation do not attract everyone. In the popular Chitwan National Park near Kathmandu, a meeting with a rhino, and a quick one, is guaranteed. Nepal is home to 645 rhinos, 600 of which live in Chitwan. Remember: these are huge formidable animals and even in an open-top jeep it is dangerous to meet them.

By the way, there have been no cases of poaching in Nepal for several years, so the life of animals is getting better, and safaris in national parks are becoming more and more interesting. Don’t forget about swimming with elephants, a popular and very enjoyable attraction on the rivers in the Kathmandu Valley.

Sad fact: Nepalese are one of the poorest people on Earth. Nevertheless, the country has a world-class museum, one of the best in Asia. The museum, opened in 1997, is located on Durbar Square in the historical city of Patan, 5 km from Kathmandu, and is part of the palace complex, a UNESCO World Heritage Site. The exhibits tell the story of Nepal’s long history, with ancient bronze Buddha statues, tantric manuscripts, and other evidence of a rich past.

Take a walk around the city; Patan, also called Lalitpur (city of beauty), is a monument of palace and temple architecture.

Stay at a home hotel

Nepal has a lot of good and bad hotels both in cities and in the mountains, but in order to feel the real life of this country, it is worth settling in a home hotel in the countryside. In such an environment, you can get acquainted with local residents, because in Nepal, mainly men are employed in tourism. For example, you can help the hostess prepare dinner by receiving an additional workshop on local cooking.

After dinner, you can cycle through the village and the surrounding area and see the non-touristy views of Nepal. And in the evening try Nepalese rice alcohol – raksi, which is somewhat similar to Japanese sake.

Previous article
Hunan: A trip to the planet Pandora
Next article
How Exactly To Play Poker Machines In Australia