Nepal’s 4 must-visit places other than Kathmandu 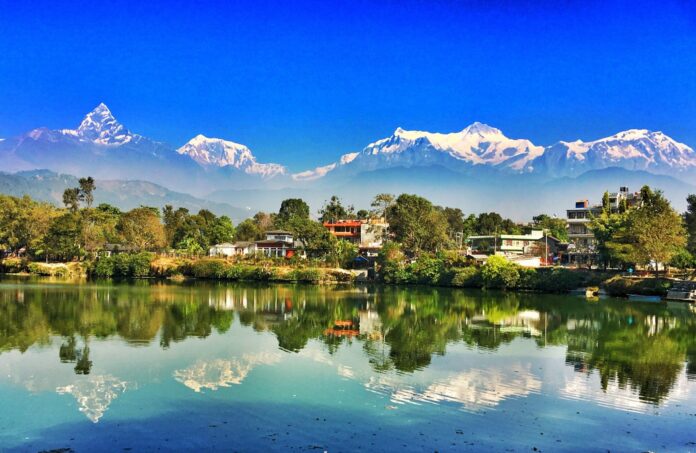 Nepal is a place of pilgrimage for travelers from all over the world, as well as those who dream of conquering the greatest peaks, walking the steepest paths, or achieving spiritual enlightenment. Nepal is a must-visit place for everyone. It seems that somewhere there is a mysterious Shambhala or even the very soul of our planet. Here are Nepal’s 4 must-visit places other than Kathmandu.

Despite its small territory, Nepal is huge, because it stretches not only in breadth but also upward. Eight of the 14 highest mountains of the planet, among which the highest is Chomolungma (8848 m), are located in Nepal. Mountain routes cross Nepal in such numbers that professional hikers and climbers have plenty to choose from.

Countless stupas, temples, and meditation centers attract those seeking enlightenment and peace. And those who, on the contrary, are looking for thrills, can take off on a tiny ultralight plane and see the Himalayas from a bird’s eye view.
Nepal is the aromas of spices and bright colors of outfits, foggy jungle and emerald rice fields, narrow streets of ancient cities, and mysterious religious rites. Here, in the homeland of Buddha, you will be greeted by the mysterious at every step, because this is the only country in the world where gods still live next to ordinary mortals, such as, for example, the incarnate goddess Kumari, who lives in a high tower right in the center of Kathmandu.

This amazing country is sandwiched between its two influential neighbors: China (its Tibetan part) and India. But there are no shortcomings of these countries: police strictness and high cost of Tibet or filth, importunity and greed of Indian streets. But there are all the exotic advantages of these places: from naked wandering yogis to levitating Buddhist lamas (the latter are rare). And how good and tasty Nepalese cuisine is! Egg cheese, fresh yogurt, mo-mo dumplings! In general, if you choose between a trip to Tibet or to India, then the answer is unequivocal – Nepal.

The place where Buddha was born. Every self-respecting Buddhist knows about this place – after all, it was here, according to legend, that Prince Siddhartha Gautama, the future Buddha, was born. Pilgrims from all over the world aspire to Lumbini. The followers of Buddhism built here monasteries, temples, and stupas in honor of their teacher.

In 250 BC, when the territory of Lumbini – Nepal today – was considered part of India (it was so until 1845), the Indian emperor Ashoka Maurya visited this holy place and, at his direction, a column was erected here. The preserved inscription on it reads “Emperor Pyadasi (Ashoka). Beloved by the gods, in the twentieth year of his coronation, made his visit. Buddha Shakyamuni was born here, a stone fence and a column were installed. Bhagavan (another name of Buddha) was born here, the settlement of Lumbini (Lumbini) exempt from taxes “. The height of the column standing in Lumbini to this day is 7.79 m, the circumference is 2.78 m.

In Lumbini, the ruins of a temple were discovered, in which the Buddha was allegedly born by his mother, Queen Maya Devi. The temple is about 2500 years ago. As evidence of the birth of Buddha in the temple, you can see the foot of the Buddha, rather large in size, as well as a stone bas-relief (11-15 centuries) depicting Maya Devi and baby Gautama, standing on a lotus pedestal. Next to the temple, there is a sacred pool, in which, according to legend, Maya Devi bathed after the birth of her son.

According to his biography, Buddha went through countless paths of rebirth and reached a high level of spiritual development that allows him to achieve enlightenment. For his last incarnation, he chose the then highly revered family of the king of the Sakya dynasty. On the night when the future Buddha was conceived, the king’s wife, Queen Maya Devi, saw in a dream a white elephant that entered her and realized that she had to give birth to a great man.

Shortly before giving birth, the queen went to her parents’ house. On the way, in a grove of fat trees in the town of Lumbini, she gave birth to a son. Looking around the world, the boy announced: “I am the best of beings, this is my last birth.” Prince Gautama Siddhartha grew up and was brought up in a palace in the city of Kapilavastu until he was 29 years old. Then he put on rags and went to wander with a company of idle sadhus, trying to know the truth through asceticism. But over time, he became disillusioned with asceticism and created new teaching, which he called the “Middle Way”, and its followers – Buddhism.

Lumbini is more of a village than a city, so you can get here at the crossroads. A bus from Kathmandu or Pokhara to the town of Bhairava takes 8 hours and costs about $ 15. Local buses run from Bhairava to Lumbini (50 rupees, 1-hour drive) or you can take a taxi (30-35 min, 800 rupees).

Chitwan National Park is a favorite hunting ground for kings, as well as for the Nepalese and English aristocracy. In 1973, it became a national reserve, and now everyone here can see wild animals in their natural habitat. The population of Asian rhinos in Chitwan is more than 500 heads, tigers – about 80, and more than 50 species of other mammals and over 450 species of birds.

Here you can accidentally bump into peacocks or deer, and during organized walks, you can observe the life of rhinos, leopards, or dwarf bears. Before such walks, there is training on how to behave if a wild animal comes out on you (after all, the accompanying guide only has a stick in his hands). For example, when meeting with rhinos, you need to run scatteringly, and in zigzags, and when meeting with a bear, you need to stay in a group. The main means of transportation here are canoes and elephants. The latter boldly drive away tigers and leopards emerging from the thickets.

Most of the visitors stay here for 3-4 days. The program includes several guided walks in the park, elephant trekking and canoeing, elephant bathing, and a visit to an elephant farm. You can live in a bungalow outside the park ($ 10-40 per night) or on the territory, which is more convenient and comfortable but much more expensive.

A tourist bus from Kathmandu and Pokhara goes to the park for about 6-8 hours, the fare is around $ 15. An alternative option is a plane from Kathmandu, the cost of the flight is $ 75.

Chomolungma is the highest mountain in the world, which is located in the Himalayas. Its southern peak (8760 meters) lies on the border of Nepal and Tibet, and the northern (8848 meters) is located in China.

Every year hundreds of people try to conquer Everest. The hike lasts on average about two months, including preparation and acclimatization to the mountainous climate. In addition to a permit for climbing, which costs several thousand dollars (in February 2014, the Nepal authorities halved the “entrance fee” to attract tourists, and now in the hot season, from March to May, the permit costs about 11,000 dollars), tourists also have to pay for the services of guides, equipment, oxygen necessary for such heights, food supplies and much more. The total cost of the expedition can be about $ 65,000.

Base camps are the main strongholds for climbers who want to conquer the highest peak in the world – Chomolungma (or Everest). But only a few have the courage, money, and time to climb the 8848-meter mountain. Most tourists, having reached the camp, turn back. Those who hold a firm course to the summit usually spend several days in camps in order to acclimatize.

There are two camps in total: the southern one is in Nepal, at an altitude of 5364 meters above sea level, the northern one is in Tibet, at an altitude of 5150 meters. The southern one is more popular among climbers since the ascent from it to Everest is usually within the power of tourists who have experience climbing to a height of 5000 meters. To get to the southern camp, you need to start from the Nepalese town of Lukla (which, by the way, has one of the most dangerous airports in the world with a very short runway). From there, tourists go to the village of Namche Bazar: a two-day path that runs along with one of the highest and most rugged rivers in the world, Dudh Kosi. In Namche, at an altitude of 3440 meters, it is customary to stop for one or two days. This is the best place for acclimatization. The last city on the way to the base camp is Gorak Shem (5140 meters), where climbers store water.

Important: to minimize the risks associated with altitude sickness, trekking to Chomolungma Base Camp and back to Lukla should last at least two weeks.

How to get there: by plane to the capital of Nepal – Kathmandu, from there by domestic flight to the city of Lukla (flight time – about 40 minutes).