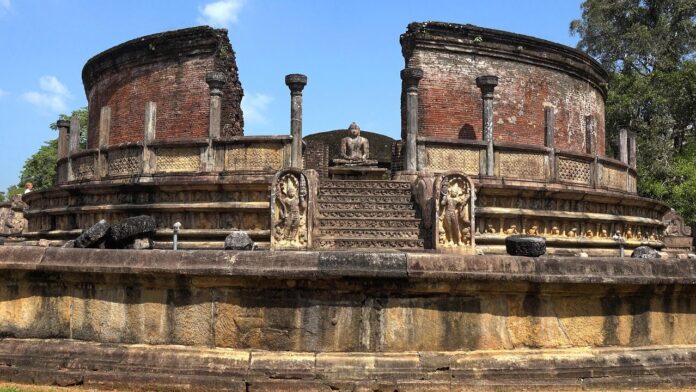 Polonnaruva was the first capital city declared by King Vijayabahu, who defeated the Chola invaders in 1070 and reunited the nation under a local leader. In the time of the great king Parakramabahu, who led the country between the time of 1153–1186, the land maintained such heroic scales in rice cultivation by building large-scale irrigation networks with natural-looking reservoirs in the sea. Sri Lanka came to be known as the granary of the Orient.

Polonnaruva houses the ruins of the glorious kingdom of the great king Parakramabahu. The prosperity and splendor of this empire is still evident. Today the ancient city of Polonnaruwa is one of the best planned archaeological remains in the country, testifying to the discipline and greatness of the first rulers of the kingdom.

The time of King Parakrambahu was considered as the golden age of Polonnaruva. Trade and agriculture flourished under the patronage of the king, who was so adamant that not a single drop of water falling from heaven was to be wasted and each was to be used for the development of the land. Hence, a far better irrigation system than during the Anuradhapura era was built during the reign of Parakramabahu – which still supplies the water needed for paddy cultivation during the scorching dry season in the east of the country. The greatest of these systems is the mighty ocean or ocean of might.

Things to do in Polonnaruwa

Q. Why was the ancient city of Polonnaruwa abandoned?

A – Although it is difficult to establish the exact introduction of malaria into the country, scholars cite malaria as a possible reason for the abandonment of Polonnaruwa.

Q. What are the historical places in Polonnaruwa?

Q. When was Polonnaruwa formed?

A – Polonnaruwa, the second oldest of the kingdoms of Sri Lanka, was first established by the Chola dynasty after their successful invasion of Anuradhapura, the then capital of the country, in the 10th century.

Q. What is another name for Polonnaruwa?

A – The Cholas shifted the capital from Anuradhapura to Polonnaruwa and ruled for about 53 years. Polonnaruva was named Jananathapuram by the Cholas. King Vijayabahu I (or Kitti) eventually defeated the Cholas and re-established the Sinhalese monarchy.

Q. Who is the first king of Polonnaruwa?

A – Polonnaruwa was renamed “Vijayarajapura” and chosen as the capital, making Vijayabahu the first Sinhala king of the Polonnaruwa kingdom. The coronation ceremony was held in a palace built for the same purpose in Anuradhapura, the former capital of the country.

A – Parakramabahu I, The central feature of the temple is the four rock relief statues of Buddha, carved into a large granite (gneiss) rock face.

Q. How long do you need to get to Polonnaruwa?

Q. How long did the Polonnaruwa period last?

A – The Polonnaruwa Kingdom was the second major Sinhalese kingdom of Sri Lanka. It lasted under the rule of Lilavati from 1055 under Vijaybahu I till 1212.

A – One such theory states that it was built in the 12th century by Parakramabahu I during his reign. The Kulavansa, an ancient chronicle, mentions that he had built a circular stone temple to hold the relic of the Buddha’s tooth. Archaeologist Harry Charles Purvis Bell believed this shrine to be Polonnaruwa Vatadage.

Q. How old is Polonnaruwa?

A – Polonnaruwa was the second capital of Sri Lanka after the destruction of Anuradhapura in 993. It contains the monumental ruins of the magnificent garden-city built by Parakramabahu I in the 12th century, apart from the Brahmin monuments built by the Cholas.