Most beautiful lagoons in the world 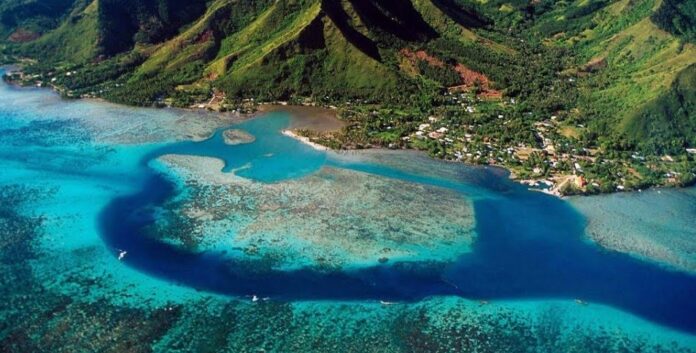 Most Beautiful Lagoons in the World: For the most perfect tropical vacation experience, you want a lagoon. Usually warm, shallow, and enclosed, with stunning views all around, they are good for the soul. If you’re after a sunny vacation closer to home, check out our picks for the best beaches in Europe.

Take a look at these delightful sculptures: 10 Most Beautiful Lagoons in the World. The list lists some of the coolest places in the world. They will make you forget everything you do, pack your bag and go there right now.

The famous Blue Lagoon is the leader of the group, with over 100,000 Instagram posts, with this stunning location.

The Blue Lagoon, the milky blue pearl in Iceland’s crown, is a must-see for visitors to Iceland. The man-made lagoon is heated year-round by the local geothermal power plant to a delightfully mild 37-39 degrees Celsius.

The charmingly difficult to pronounce Jökulsárlón places Iceland at the top of the list of lagoons.

The name translates as “glacial river lagoon” and owes its name to its formation when the Breidamerkurjokull glacier retreated from the Atlantic Ocean. This cold lagoon is known for its icebergs that glow with a ghostly blue light.

Lord Howe Island Coral Reef Lake, located in the Tasman Sea between Australia and New Zealand, is also at the top of the list.

Officially part of Australia, the lake is on the west coast and is undeniably beautiful. Definitely worth a trip from the mainland for a visit.

This is an iconic spot for any Instagram user. If you haven’t taken a selfie on the Venice Canal yet, are you even online?

Did you know that the floating city of Venice is actually made up of 118 islands? They are connected by 400 bridges that cross the lagoon below, forming the canals for which the city is famous.

Venice is beautiful because … let’s be honest, we all know Venice is great. Let’s just look at the pictures and admire them.

This exclusive lagoon may be closed for those who do not want to pay to visit the resort. However, more than 21,000 photos of this place have made it to Instagram.

Teti’aroa is an atoll in the middle of the Pacific Ocean. This tranquil location 53 km north of Tahiti is a magnificent lagoon.

Historians say that it is not only a popular place today, but since the 18th century, the chiefs of Tahiti have spent a lot of time in this picturesque place.

Aitutaki Lagoon is another natural wonder that sits a little out of the way in the Pacific Ocean, being part of the Cook Islands.

But if you can access it, then you have to admit that Aitutaki is a great place, especially for aerial photography of its aquamarine waters and golden sands.

Almost everyone who enjoys spending a week in the sun should have Hawaii on their vacation wishlist. The Instagram collection of photos of these islands is filled with stunning views. Last but not least, there are four “pearl-like lagoons” that stretch along a mile and a half of the coastline.

On the island of Comino, there is another “Blue Lagoon”. Unlike the murky waters of Iceland, Malta’s Blue Lagoon has crystal clear turquoise currents that contrast with the jagged cliffs surrounding it.

Idyllic Comino is Malta’s smallest inhabited island with almost no cars and only three permanent residents.

A UNESCO World Heritage Site, the Lagoons of New Caledonia form one of the most extensive reef systems.

The longest barrier reef in the world, the reefs are home to a huge variety of corals and fish, as well as mangroves and some stunning reef structures.

Q. What is a lagoon?

Q. What type of water is a lagoon?

A – Lagoons are shallow, often long bodies of water separated from a larger body of water by a feature of a shallow or exposed shoal, coral reef, or similar. Some authorities include fresh water bodies in the definition of “lagoon”, while others explicitly limit “lagoon” to bodies of water with some degree of salinity.

Q. How are lagoons different from lakes?

A – A lagoon, although it looks like a lake, is a shallow water body near coastal areas and receives water from the sea, and is separated from the sea by barrier islands made of sand. Lagoons are brackish water bodies, whereas lakes are mostly freshwater bodies.

Q. What is lagoon short answer?

A – A lagoon is an area of ​​calm ocean water that is separated from the sea by a line of rock or sand. Synonyms: pool, bay, lake, pond More synonyms for the lagoon.

Q. Is it safe to swim in the lagoon?

A – The water is generally safe to swim in, officials assured. There are no water tests to warn the public that bacteria can spread after heavy rains, as is the case on the county’s beaches. Some lagoon fish contain 1,000 more deadly venoms than cyanide.

Q. What is an example of a lagoon?

Q. Are there fish in the lagoon?

A – Due to Ringing Atoll, many lagoons have only a few indigenous species. Fish and jelly-like creatures come in like waves from the sea crashing over the atoll and dumping them into the lagoon. Many species of jellies thrive in this protected environment, but larger predators have few food resources.

Q. How deep is the lagoon?

A – Lagoons are generally shallow compared to lakes. For example, lagoon depths rarely exceed 200 feet (for marine lagoons), and many of them are less than 65 feet deep (for coastal lagoons).

Q. Which is the largest lagoon in the world?

A – The New Caledonia archipelago, located in the center of the South Pacific Ocean, was discovered in the 18th century by the Scottish navigator James Cook. It has the largest lagoon in the world. It is registered in the UNESCO World Heritage List since 2008.

Q. What is the purpose of the lagoon?

A – Lagoons are pond-like bodies or basins of water that are designed to receive, hold and treat wastewater for a predetermined period of time. If necessary, they are lined with a material such as clay or an artificial liner, to prevent seepage into the groundwater below.

A – There are currently more than 50 million man-made water bodies around the world, such as artificial lakes, lagoons on golf courses, reservoirs, among many others.

Q. How is a lagoon formed?

A – Atoll lagoons are formed when an island subsides completely underwater, leaving a ring of coral that continues to rise upward. In the center of the ring is a body of water that is often deep. The combination of coral growth and water creates a lagoon.

Q. What is a famous lagoon?

A – The tropical lagoons of Bora Bora are protected from harsh sea waves by atolls and barrier islands. The world’s most famous lagoon, the Blue Lagoon in Iceland, is not a lagoon at all. It is a man-made feature where water from a local geothermal power plant is pumped onto a lava bed rich in silica and sulfur.

Q. Which country is famous for lagoons?

A – Laguna Colorado, Bolivia. Also known as the Red Lagoon, the shallow salt lake is located in southwest Bolivia on the Chilean border. It is found in the beautiful Eduardo Avaroa Andean Fauna National Reserve, fascinated by the amazing landscape, fauna, flora, and is a tourist attraction in the country.

Q. In which country is the Blue Lagoon located?

A – The Blue Lagoon in Iceland is one of the most popular destinations in the country.

Previous article
Air Bubble Arrangements In India To Enable Travel
Next article
Top attractions in Egypt: From temples to beaches