Nature Reserves and parks in Thailand 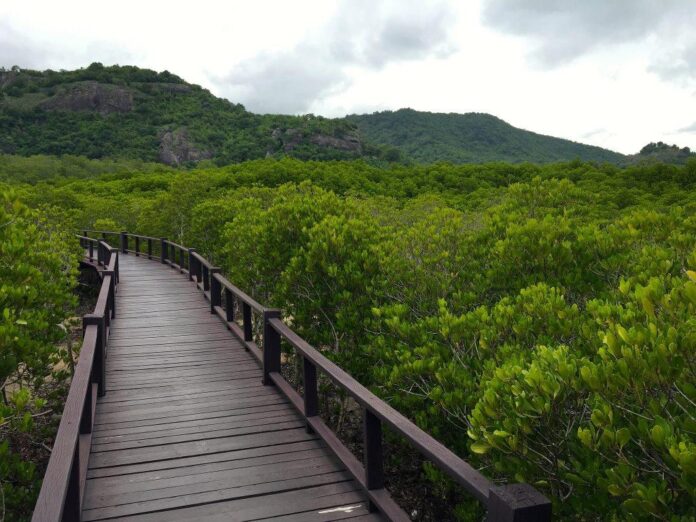 There are many nature reserves, gardens and parks in Thailand, which give tourists the opportunity to get acquainted with the richest nature of this exotic country. We present to you 7 of the most beautiful reserves in the Land of Smiles.

On the territory of this metropolitan park, included in the UNESCO List, there are the remains of the ancient kingdom of Sukhothai. After 120 years of prosperity, it lost its former glory and was annexed to the kingdom of Ayutthaya. There are more than 200 historical buildings that are now in ruins, most of them are concentrated in one place, behind the defensive embankment.

In this paradise, travelers feel peace. Here monks live in small huts: they perform prayers and meditations in an effort to achieve harmony with themselves and the world. The park is adorned with numerous statues created by its founder, Nim Thongsuk. The farmer died at the age of 91, having left a considerable legacy in the form of stone statues of animals, thrones, musicians.

Spread over 40 islands, Angthong is on the UNESCO List thanks to its beautiful beaches, mysterious grottoes and clean lagoons. Divers come here to swim among the coral reefs and see the rich underwater world – colored fish, moray eels and other marine life.

This highest point in the country is known as the “roof of Thailand”: it rises to more than 2500 m. The top of the mountain is cool and humid, even snow here in winter, and the temperature, depending on the season, ranges from -8 to +12 ° C. From the top of Doi Inthanon, you can observe stunningly beautiful landscapes. The slopes are covered with lush vegetation, wild animals live in the forests, there is a beautiful lake and waterfalls in the national park. There are Buddhist temples and two stupas built in honor of the royal couple.

The natural park, famous for its picturesque waterfalls, is located on the border with Burma, cut by a mountain range reaching a height of 1000 m above sea level. The territory is covered with impenetrable jungle, which is home to elephants, tigers and tapirs. Visitors have access to a beautiful and safe part of the forest, where they explore waterfalls and mysterious caves, moving along specially laid trails. There are hotels and cafes along the banks of the River Kwai.

This huge park of 90 sq. km is famous for its white beaches and a wonderful coral reef that attracts divers. The flora and fauna of these places is impressive: there is even a mangrove forest and a coast where sea turtles nest.

A virgin forest with an area of 22 sq. km is located 20 km north of the capital of the island Phuket. On its territory there are three low mountains, from which waterfalls run down. Here you can wander the paths among the lush vegetation and watch birds and animals, including elephants. The reserve is under the protection of the state, it has a center for the restoration of gibbons.

Previous article
South Of Thailand: 6 Reasons To Cycle Around
Next article
Inexpensive Souvenirs to bring from Thailand