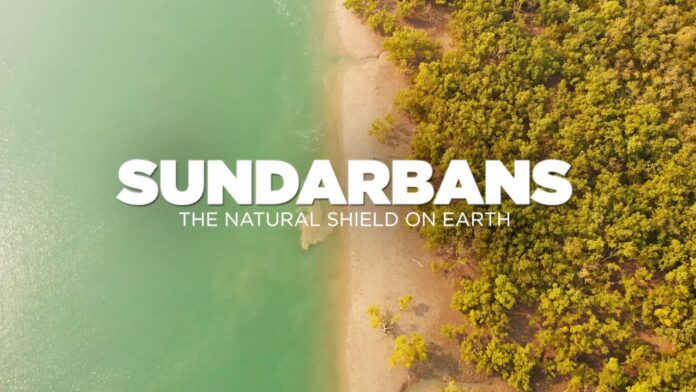 Sunderbans National Park – The Sundarbans ecosystem is a unique natural wonder of South Asia and the world. The delta is spread over India and Bangladesh with an area of ​​about 10,000 square kilometers and enjoys the status of being the largest halophytic mangrove forest in the world. It is a delta of two great Indian rivers, the Ganges and the Brahmaputra, which meet on the Bengal Basin. The entire region is the empire of the famous Royal Bengal Tigers.

Sunderbans National Park is a tiger and biosphere reserve located in the Sundarbans Delta in the state of West Bengal (India). The Sundarbans are named after the beautiful trees that are found in bulk in the region. The park was established as a national park on 4 May 1984 as it was first built as a wildlife sanctuary in 1977, designated as the core area of ​​the Sundarban Tiger Reserve.

Welcome to the land of tigers called “Sunderban National Park” which is spread over an area of ​​about 1,355 kilometers. The best time to visit this park is in the months of September and May. If you visit here during the winter months you can see the amazing and powerful Royal Bengal Tigers soaking up the riverbank. Apart from Bengal tiger, other major wildlife species present in this park are Macaque, Indian Gray Weasel, Leopard Cat, Ridley Sea Turtle, Wild Boar, Jungle Cat, Fox, Flying Fox, Fishing Cat, Chital, Pangolin and more.

A trip to the Sundarbans which has incredible natural beauty and mangrove habitat will surely bring you closer to nature. There are lots of things to make your trip memorable. Crossing the river in boats takes you on a nature walk as you witness various cultural adventures and a close encounter with tigers is enough to create your eye catching memories. The serene environment and relaxed halo equip you with new energy, enthusiasm and enthusiasm in your entire body parts. Away from the hustle and bustle of the city, your mind and soul is situated here in the lap of natural beauty. Encounters with lively bees and birds chirping will take you to the unique natural wonder of the earth.

The history of the Sundarbans can be traced back to 200–300 BC. It is believed that during the Mughal period the forests of the Sundarbans were leased to the surrounding residents, who built settlements in them. However, in the coming years, those settlements were attacked by Portuguese and salt smugglers in the 17th century. All that is left today are their ruins, most of which can be traced to a place called Netidhopani.

The days between the months of October and March are considered the best time to visit Sundarbans National Park as the weather during these days is more pleasant than at any other time of the year. The winter season is not only the best time for a relaxing day trip in the dense forest, but also to see the better wildlife animals as they come out of the dense forest and get out into the sun at the banks of the river. You can enjoy boat safaris in this pleasant weather and also enjoy the various local foods that you will find on the boat during your day safari. Apart from the winter season, traveling during other seasons is much less comfortable for safaris in the Sundarbans due to one or the other reason.

The summer season is very uncomfortable due to very hot weather because the temperature is very high and unbearable during the day. If you will be renting a non-AC boat in the summer season then this will be the worst trip for you as you cannot enjoy beautiful surroundings and amazing wildlife due to unbearable heat waves on the deck. The monsoon season in the Sundarbans was witness to moderate rains and the water level of the rivers flowing through the forest is high, due to which the safari during the monsoon season is slightly risky in small boats.

The nearest airport from the Sunderbans National Park is Netaji Subhash Chandra Bose International Airport, which is located in Kolkata, the capital of the state of West Bengal. The airport is located at a distance of 120 km from the starting point of the Sunderbans Safari at the port of Godkhali. Apart from this, you can hire a taxi or cab to reach Godkhali from Kolkata Airport, which will take around 3 hours by road.

Q. What is Sunderban National Park famous for?

A – The Sundarbans forest is home to over 400 tigers. Royal Bengal tigers have developed a unique feature of swimming in saltwater, and are noted for their man-eating instincts. Between November and February, tigers can be seen sunbathing on the banks of the river.

A – The Sundarbans, bordering Bangladesh and India, is one of the wildest, most dangerous places on the planet. Hostile to humans, this is a land where the tiger is still the king of the jungle. The tiger has been listed as endangered by the IUCN Red List of Threatened Species since 2010.

Q. Is it safe to travel to Sundarbans?

Q. Is the Sundarbans open today?

A – One of the major attractions of the state, the Sundarbans and its residents have seen a steady stream of tourists till the arrival of Covid-19. The queue of tourists will resume today for this amazing mangrove with a vast range of flora and fauna. The Sundarbans have been closed to tourists.

Q. How many tigers are there in Sunderbans 2020?

A – According to the 2019-20 census by the West Bengal Forest Department, the number of Royal Bengal Tigers in the Sunderbans has increased by eight to 96 as compared to last year. The census was conducted between November, 2019 and January 2020.

Q. Who is the king of sunderban?

A – Dakshin Ray (Bengali: দক্ষিণ ায়, “King of the South”) is a revered deity in the Sundarbans in India and Bangladesh who rules over animals and demons. He is considered the overall ruler of the Sundarbans.

Q. How far is the Sundarbans from Kolkata?

Q. Which place is called the entrance of the Sundarbans?

A – Sajnekhali is where the forest department issues permission to enter the forest. This is the reason that this is the first stop of the Sundarbans.

Q. When did UNESCO declare Sundarbans as World Heritage?

A – The inscription of the Sundarbans in Bangladesh as a UNESCO World Heritage Site on 7 December 1997 is an expression of the importance of the region’s unique ecosystem.

Q. Why is the Sundarbans called as World Heritage Sites?

A – Reasons for Inscription: According to Criterion Numbers (ix) and (x), Sundarbans were included in the list of World Heritage Sites. The most unique part of the Sundarbans is related to the fact that it is the largest mangrove forest in the world with a large concentration of Royal Bengal Tigers.

Q. Which forest area in India is a UNESCO World Heritage Site?

A – The Sundarbans cover 10,000 km2 of land and water (more than half of it in India, the rest in Bangladesh) in the Ganges Delta. It includes the world’s largest area of ​​mangrove forests.

Q. Which is the world’s largest mangrove forest?

A – The Sundarbans are a group of low-lying islands in the Bay of Bengal that extend over the West Bengal region of Bangladesh and India.