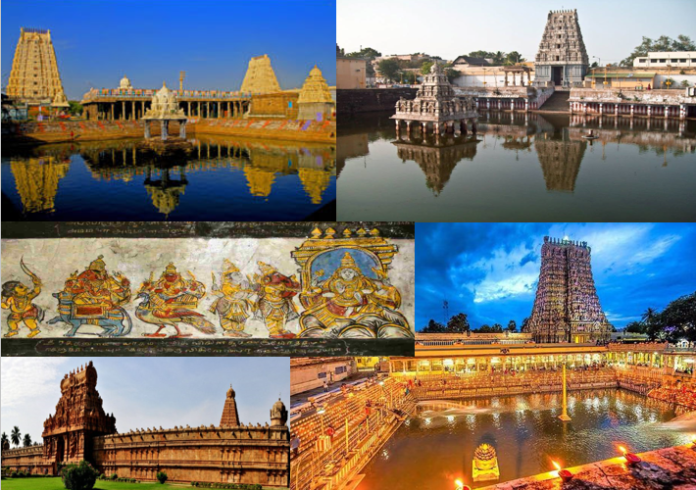 South India has 1000 years old Dravidian heritage. There are many major pilgrimage sites here, belonging to different religions, practiced from time to time. The beauty of these religious places becomes more apparent when one visits these religious places. Filled with religious fervor and zeal, the visit to these pilgrimage sites displays the unwavering faith of the devotees who come here to pay their respects. Pilgrimages in South India

Read on to know more about the various pilgrimage places in South India that you can visit.

Located amidst the hill ranges of the Western Ghats in the state of Kerala, this Hindu pilgrimage site is visited by about 50 million pilgrims every year. The main temple is an ancient site dedicated to Ayyappan, which is situated at an altitude of about 4000 feet. The original route adopted by Ayyappan is still followed by devotees, who prefer to cover a distance of about sixty kilometers on foot. The yatra is tax-paying which is preceded by a long fast (fast) of 41 days. Pilgrims in Sabarimala wear only black and blue colours.

One of the largest Catholic pilgrimage sites in the country (and the world), the Basilica of Our Lady of Good Health, Velankanni holds an eleven-day annual celebration that ends on September 8, during which three million people flock to this quaint beach town. make a visit. The last day is the Feast of the Birth of Mary, during which prayers are offered in at least five different languages.

Built-in the Gothic style, this place holds a certain spiritual charm, which is why people of all religions can be found here kneeling before Our Lady of Good Health. It is said that Mary herself appeared twice in the city, creating this beautiful place of worship. One of the major Pilgrimages in South India

Rameshwaram Island is home to the Ramanathaswamy Temple, one of the Char Dhams (divine sites) of Hindus. This Shiva temple is also important as one of the twelve Jyotirlingas. According to the legend of Ramayana, there are two lingams in the complex, one bigger than the other. This beautiful temple is built in Dravidian style with gopurams and has the longest corridor in any Hindu temple across the country. During the festival of Mahashivratri, this place is filled with devotees.

One of the most prominent places to visit in Coorg in 2 days, this famous Jain pilgrimage site is located in the state of Karnataka. Just 140 km away from Bangalore, this is a perfect temple to include in your Coorg tour package. The beautiful architecture here is the 58 feet high Bahubali statue, which was built in 981 AD.

Every twelve years, there is a ceremony of Mahamastakabhisheka (last in February 2018) which is attended by thousands of people. This tall monolithic idol is bathed with milk, saffron paste, turmeric, sandalwood, and vermilion during the festival. Trust us, all Coorg packages in Bangalore are incomplete without covering this ancient city on your places to visit in the Coorg list.

Another Hindu pilgrimage site, the Venkateswara Temple in Tirupati (also known as Tirupati Balaji) is one of the most sacred places for Vaishnavas. Situated in the Tirumala hills, it is the richest temple in the world. Built-in the Dravidian style around 300 AD, this beautiful temple is visited by about 50,000 to one lakh people daily. Hair shaving is a common ritual here. About 433 festivals are celebrated every year in this temple, which includes everything from Ramnavami, Ugadi, Pushpa Yagam to Vaikuntha Ekadashi and Janmashtami.

Read More About Temples in India