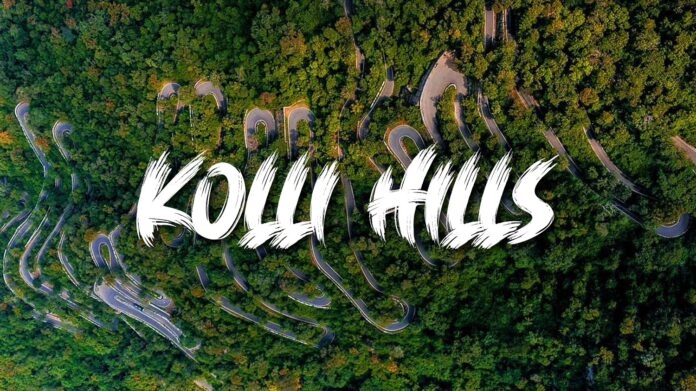 A serene and ancient mountain range, situated in the eastern Ghats in central Tamil Nadu, 55 kilometers from Namakkal district, at an elevation of 1000 to 1300 meters above sea level, at an ever-so-pleasant height, the Kolli hills have a moist climate Enjoys the year. It is a fertile pocket in Namakkal district, where exotic tropical fruits and medicinal plants grow in considerable quantities. The land is still relatively untouched since time, with 16 quaint little tribal villages that once formed the historic hill kingdom of the Orient. Much of the charm of this mountainous country still remains mysterious to investigate.

It is a hill station where no one feels the snowy cold of the season, with a soothing cold climate (the temperature never rises above (30ºC below or falls below 13ºC), so at any time of the year Can be visited. If you can’t stand the milling crowds of Ooty and Kodai, this is definitely a place where you can go for a quiet holiday.

From the tourist point of view, perhaps the biggest attraction in Kolli Hills is the magnificent Agasagangai Falls in Valapuri Nadu and the nearby Arapaleshwar Temple, Ettukai Amman Temple.

Also, other spectacular places you should never miss, while the Collie hills have hairpin bend viewpoints on * Belukurichi Path, * 34, 35, 37, * Massilia Falls, * Nammah Falls, * Boat House, and * State Botanical Garden. Get a clear view of the valley view at the Sirumalai viewpoint, * Selur wireless viewpoint, * Seekuparai viewpoint, and * Binam viewpoint. * Enjoy a glimpse of the ancient ruins of the British Bungalow, Wood House, and Jain Statue. * Puranikadu Sath Dharma Ashram is another favorite place to spend quality time.

One has to climb 1000 more odd stairs on the side of the mountain, leaving the waterfalls. The waterfall of the Aiyaru River located near the Arapaleeswarar temple offers a truly spectacular view, as the waterfalls about 300 feet down, covering all around. Note: * It can be very difficult to climb stairs, and so it falls that it would be wise to travel only if someone is able to climb back.

There is believed to be a secret route to the Shiva temple at Rasipuram, as the mountain is a pilgrimage place due to the Arapaleshwara temple. It is said that this Shiva temple was built in the first or second century by Valvil Ori when he ruled the region.

The name of the mountain is Kolli Malai behind the name of the local deity Ettukkai Amman (Kolli Pavai). Many mythological legends are associated with them in the mountains and often emerge as a terrible place in contemporary stories due to obscure stories and less traveled areas. Even at some places, one can hear the presence of Sapta Kanigal.

Since ancient times, Kolli Hills has been famous for its medicinal plants. It is believed that the Siddhas (ancient healing men) lived, researched, and meditated in caves inside the holy ghats. Many adventurers go on trekking expeditions to the caves where Siddha lived. The Bogar and Agastya caves are located near the Agaya Gangai Falls, while the Korka Siddha and Kalanginath Siddhas deepen inside the forest area after 2-3 hours of trekking along the forest stream.

Semmedu also has a statue for the King Valville Orient and the venue of the Valville Orient Tourism Festival in August. A festival is primarily a cultural event, which held its original place in the traditional Adi festival when people from all 16 villages of the Kingdom of the Orient came together and danced, sang, and feasted in praise of their gods and king.

Another village on the way is Vaasaloorpatti, where the Government Fruit Farm is located. It is a beautiful place where paddy (a dwarf variety indigenous to the region) is cultivated in the valley and grows a variety of hybrid and native fruits such as bananas, jackfruit, oranges, coffee, black pepper, and spices. Go. Slope here.

The government-run Valavandi in Tamil Nadu does not have to go from Vasalmurpatti to Vasallurpatti in Nadu. The farm is definitely worth visiting, as Collie Hills is probably better known for its medicinal plants than anything else. A variety of medicinal plants and herbs used in Ayurveda, Siddha, and Unani medicine are nourished, cultivated, gathered, and sent from here.

One of the highest points in the hills is Seluraldu, who is believed to have abandoned his chariot in support of the helpless Chameli Lata, another benevolent Tamil king, Raja Pari. An ancient culvert can also be seen here.

The long and winding road from Semedu to Selur Nadu is full of beautiful scenery. Banana and coffee plantations glow in the sun with their red and green coffee berries, wrapped around tall silver oak trees with shiny chili trees, laden with guava and orange fruits and the region A host of other tropical plants, typical are a feast of the eye.

The hill walk will take you to the main city of Solakkadu, which is one of the highest places in the hills. The view inside the highway bungalow complex is worth seeing because from here one can get a great view of the surrounding hills and plains.

A- The Kolli Hills Road (Road MDR181) is a dangerous mountain road with a length of 46.7 km located in the Kolli Hills or Kolli Malai, a small mountain range located in central Tamil Nadu in the Namakkal district on the eastern coast of South India.

Q. Can we go to Kolli Hills now?

A – Kolli Hills in Tamil Nadu can be visited throughout the year except in the month of January as the temperature drops down considering the altitude of this picturesque destination. Kolli Hill has a pleasant weather in all other months. Hence, the best time to visit Kolli Hills is from February to December.

Q. Which is the best month to visit Kolli Hills?

A – The best time to visit is March-June, during spring or August-December, during autumn. The weather in Kolli Hills is generally pleasant. It is wise to avoid the peak months of winter or monsoon as the temperature in this mountainous region gets quite cold.

A – It’s quite safe, but if you’re caught up in the fun-filled weekend crowd – especially those boisterous and unruly people who are full of spirits, this is not the place for you to be with your family. So, try to make your visit to the falls a little early.

Q. How many curves are there in the hills of Kolli?

A – Kolli Hills, 70 hairpin bends and a treasure trove of wisdom: Jayshree B. Traveling to an area where 98% of the community is classified as Adivasi certainly shouldn’t be easy. That is why every visit to Kolli Hills in Namakkal district of Tamil Nadu is a small adventure in itself.

Q. What is special Kollimalai?

A – A notable part of the Eastern Ghats and situated in the famous Kolli hills, the Agaya Gangai Falls or Kollimalai Falls, is up to 300 feet, including about 1000 steps leading down to the base, and is very famous among trekkers.

Q. What is the height of Kolli Hills?

Q. How many steps are there in Kollimalai Falls?

A – Agaya Gangai Falls is at a walking distance of 1 km from the edges of the temple. The main attraction of Kolli Hills. One has to climb (and back) 1302 steps to reach the falls.

Q. Which district is Kolli Hills?

A – Kollimalai Hills are located on the Eastern Ghats in Namakkal district at an altitude of 1200 meters and are 45 km from Namakkal town. Kollimalai hills are known for medicinal herbs and plants that grow in abundance on the hill slopes.

A – The Kolli Hills or Kolli Malai is a small mountain range located in central Tamil Nadu and spread across the Namakkal district and Tiruchirappalli district of India. They are part of the Eastern Ghats, a mountain range that runs mostly parallel to the eastern coast of southern India.

A – The distance from Bangalore to foot of the hill would be around 250-260 KM approx.