Great Himalayan National Park – What You Should Know 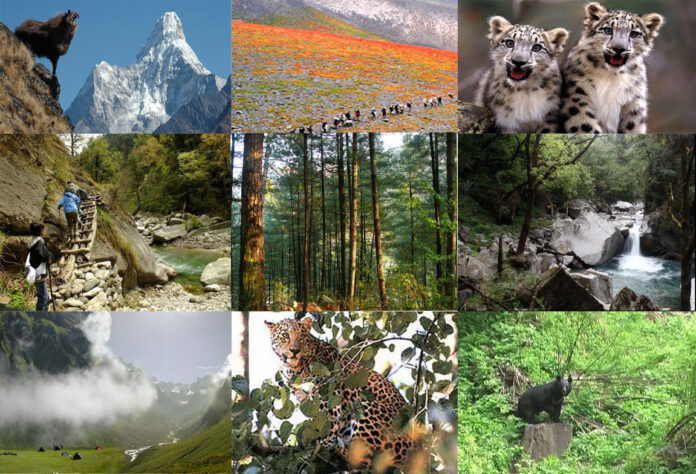 The Great Himalayan National Park (GHNP) is located in the far western Himalayas in the Banjar sub-division of Kullu district of Himachal Pradesh, India. Initially formed in 1984, and formally notified as a national park in 1999, the GHNP has been added relatively recently to a network of protected areas in northern India and adjoining countries that are increasingly becoming part of the provides security to Himalayas.

The Himalayas as a whole have been listed as one of Conservation International’s 34 Major Biodiversity Hotspots. The Himalayan hotspot not only contains the world’s tallest mountains and associated alpine ecosystems, but also large expanses of low-altitude temperate and subtropical forests and grasslands. It covers 3,000 km from east to west and 300 km to 500 km from north to south. Hotspots are defined by various criteria, including the presence of a high percentage of endemic plants and animals and high biodiversity. The GHNP readily meets these criteria, and is home to 832 and 386 flower and fauna species, respectively, including the rare Himalayan Blue Poppy, Western Tragopan and Himalayan Tahr.

The World Wide Fund for Nature (WWF) has listed parts of the Himalayas in its Global 200 Analysis of Important Ecosystems (since 2001), and the GHNP is within one of them.

In 1994, two major land use changes were made around the GHNP, which covers an area of ​​754.4km². The buffer zone extending 5 km from the western boundary of the park was reclassified as ecozone. Over an area of ​​265.6 km, the region comprises about 2,300 households in about 160 villages. Most of the population of the ecozone (between 15,000 and 16,000 inhabitants) are poor and depend on natural resources for their livelihood. Having moved away from exploiting the resources of the park, they now work in diverse fields like basking making, vermi composting, organic farming, cultivation of medicinal plants, ecotourism and many other income generating activities.

The second change was the creation of the Sainj Wildlife Sanctuary (90 km²) to enclose the three villages Shagwar, Shakti and Maror. Another protected area, known as Tirthan Wildlife Sanctuary, was also established on the southern bank of the GHNP. It is uninhabited and covers 61km². In 2010, 710km² of the Parvati River catchment adjacent to the northern boundary of the GHNP was established as the Khirganga National Park – providing further biological diversity, conservation value and physical protection to the GHNP.

The park and its ecozone lie within the overlapping boundaries of several major ecological areas and faunal regions, including:

Although they cover a relatively small area, parks and ecozones have a complex geography with large variations in elevation. This allows them to maintain a vast range of plant and animal species, which are characteristic of Southeast Asian forests as well as the Siberian and Asian steppes, and range from subtropical to alpine. Few ecological sanctuaries of similar size contain such diversity.

Q. Which animal is protected in the Great Himalayan National Park?

A – Conservation of low altitude basins provides for more complete protection and management of important habitats and endangered species such as western tragopan and musk deer. The property is of sufficient size to ensure the natural functioning of ecological processes.

Q. Is there a tiger in the Great Himalayan National Park?

A – The park has a significant population of Bengal tiger, Indian leopard, sloth bear, barasingha and Indian wild dog.

Q. Which river passes through the Great Himalayan National Park?

A – The Sainj River flows through a series of interlocking spurs and widens as it travels southwest to join the Beas River at the small village of Larji. The valley covers an area of ​​about 90 square kilometers and has been designated a wildlife sanctuary comprising the villages of Shakti and Maror.

Q. What is the rarest Himalayan animal?

A – Here are some of the rare and endangered species of animals and plants that can be found in the Great Himalayan National Park.

Q. Where should I stay in Himalayan National Park?

Q. How do I reach Great Himalayan National Park?

A – The nearest airport to reach the Great Himalayan National Park is at Bhuntar, about 60 km away in Kullu. Take a flight from Delhi to reach Bhuntar. The nearest railway station is Joginder Nagar, which is located about 143 km away near Mandi. Trains from Delhi and Chandigarh run towards Joginder Nagar regularly.