Castles in Russia: 5 Most Beautiful 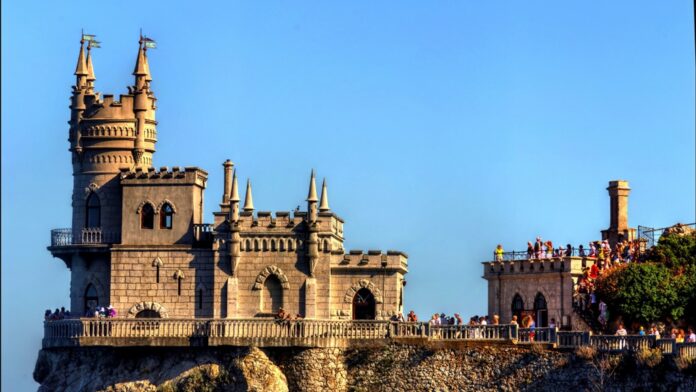 Russia is a land of wonders, a fact that can be clearly understood and understood if one looks at it: it has a glorious past, full of glorious wars and exciting revolutions; It has absolutely unmatched natural scenery, as the snowy wonderland (or wasteland, as some call it) offers views that will not be found anywhere else in the world; The magnificent architecture which is best portrayed through their famous domes. As terrifying as these are, castles are one of the largely unexplored Castles in Russia.

At the beginning of the 19th century, this castle in the village of Yurino belonged to one of the richest landowners in Russia – Vasily Sheremetyev. He conceived a project for a building in the European Neo-Gothic style with colored stained-glass windows, towers, conservatories, and glass domes, and ordered its construction to the German architect Rudolf Müller. Now there is a museum in the castle, and excursions are held in the parking area.

Vyborg Castle is one of the few surviving medieval fortresses in Russia, built in the 18th century. As is the case with all castles of those times, there are many legends around it: from stories that little trolls live here, to stories that under it there is a secret passage leading to no one knows where. Today, tourists visit the castle to view the city and the Gulf of Finland from the height of Olaf’s central tower.

If you want to go to Vyborg for the winter holidays, then it is worth staying for at least a couple of days in order to really feel the medieval atmosphere – walk along the stone pavements along the Gulf of Finland and dine in a themed tavern. Fortunately, the hotels in the city are modern and not from the time of the settlement of the Swedes.

This castle in the village of Ramon in the Voronezh region is also called the Palace of the Princess of Oldenburg. In 1878 it was built for Princess Eugenia Romanovskaya, the wife of the Prince of Oldenburg and the owner of the first confectionery factories in Russia. The Jazz Estate festival is held here annually. But it is worth coming to the Voronezh region not only for the duration of it, but for any free weekend, staying at a local boutique hotel, and at the same time visiting the Balovnevo estate .

“Swallow’s Nest” is a real symbol not only of Yalta, but of the entire Crimean peninsula. There are several versions of who was the first owner of the structure at Cape Ai-Todor. The most common of them say that the castle is the former summer residence of the retired doctor-general Adalbert Tobin, who in the middle of the 19th century decided to build a family nest for himself and his wife, from which it would be possible to constantly watch the sunset.

Now the castle can be visited only with an excursion, but you can see how the sun sets over the Black Sea from the windows of hotels and eco-hotels, which are located near Cape Ai-Todor.

On your next trip to Kaliningrad, in between trips to the Curonian Spit, relaxing in the spa and eating traditional klops and flek, go to the small town of Bagrationovsk. There is an abandoned castle from the Polish-Teutonic War, Preussisch-Eylau, built-in 1325. In the Middle Ages, knights lived here, who defended the nearby cities from invaders.

Previous article
Tosh: 5 Reasons Why You Must Visit
Next article
Udaipur’s 3 Must Visit Places