Places To Visit When You Are In Monaco 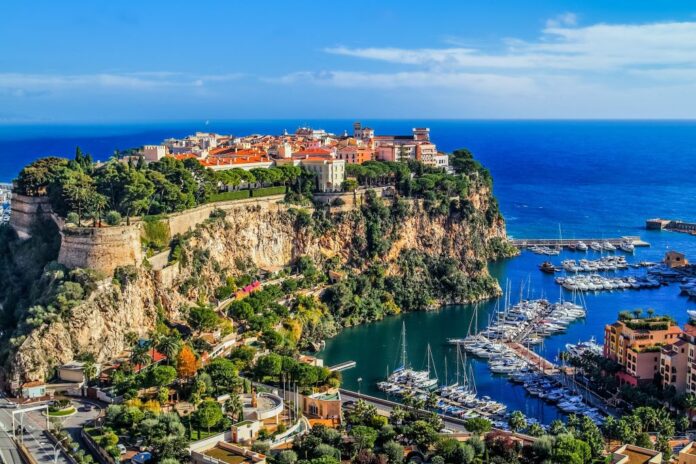 Monaco is perhaps the first place we would go to enjoy the ideal life. In the minds of most of us, all the most luxurious and expensive in the world is concentrated in this state. Monaco sounds as romantic as Zanzibar, seems as unknown as distant Timbuktu, and as unreal as the fictional Shangri-La. And although not everyone is lucky to be born here, any tourist can visit this small state. Places To Visit When You Are In Monaco.

If you find yourself in Monaco, before leaving here with an empty wallet, do not forget to visit these ten places.

Casinos in Monaco were opened in the middle of the 19th century. However, this was not done for the entertainment of local residents. The monarchs needed to pull the country out of the economic crisis, so the most influential family of Monaco, the Grimaldi, decided on a similar adventure.

Before the advent of the Monte Carlo casino in Monaco, there was not a hint of luxury. There was simply no need for people to come here, and it was not possible to get to Monte Carlo – neither roads nor railways led to it. However, for the sake of casinos, gambling travelers still managed to get into the state. Ten years after the opening of the institution, the country’s economy improved so much that the state abolished the income tax for indigenous people. And even though now the money turnover of the institution is much less than in the casinos of Macau or Las Vegas,

Adventurers wishing to get rich in Monaco had to live somewhere, so an equally luxurious hotel was built next to the casino. In 2019, the Hotel de Paris reopened after renovation, so that now the hotel can boast not only a magnificent facade of the 19th century, but also modern equipment of the rooms. If you decide to leave all your savings in Monaco, check into the Princess Grace Suite overlooking the Mediterranean Sea.

In the evening, head to the hotel’s restaurant Le Louis XV. And don’t forget to rub the equestrian statue in the hotel lobby for good luck. In addition to luxury and rich history, Hotel de Paris is famous for its huge collection of wine, which is kept in the basement of the hotel. Any guest of the hotel can study it.

As you already understood, Monaco was not always luxurious. You can find out how the state developed over its 700-year history in the Museum of Old Monaco, opened on a public initiative.

Here is a collection of household items and art of the indigenous inhabitants of the state – the Monegasques. And this, by the way, is one of the few places in Monaco that you can visit for free.

Although Monaco is rich, it is a very small country. Therefore, a casino and an opera house can coexist here under the same roof. The Salle Garnier in Monte Carlo in luxury is in no way inferior to the Palais Garnier in Paris: gilding, frescoes and luxurious chandeliers. This is not surprising – both opera houses were created by Charles Garnier. However, they are not alike because of the architect’s lack of imagination.

Garnier needed to pay off his debts as soon as possible, and they were in no hurry to pay him the money for the Palais Garnier rebuilt in Paris. Then Charles received an offer from Grimaldi to design the same majestic theater in Monaco. In the end, everything ended well. Thanks to Grimaldi, the architect paid off his debts, and an opera house appeared in Monte Carlo just like in Paris. The only difference is the size.

The museum owes its opening to Prince Albert I and his love for oceanography. It is built on a cliff abutting the sea. In addition to two huge aquariums, which contain Mediterranean and tropical animals, the museum houses the largest marine cabinet of curiosities in the world. It contains over a thousand fossils, animal skeletons and space suits.

The Oceanarium is not the only museum that has appeared in Monaco thanks to the royal family. The idea to open an exhibition of vintage cars also belongs to Grimaldi, or rather to Prince Renault III, who has collected an impressive collection of vintage cars for 30 years. The oldest exhibit in it is “De Dion-Bouton” in 1903. In addition, the museum houses some of the first cars built by Citroën, Peugeot and Lincoln. As well as old military vehicles and wheeled carriages of the princely family.

Monaco, despite its tiny territory, has dozens of parks and gardens. And among them, oddly enough, there is not a single abandoned one (keeping 2 km² in order is not difficult). It is not necessary to visit all the parks, but it is worth a look at Grace Kelly’s favorite place – Japanese Garden. For the sake of its construction, many elements of the park, such as gazebos, were brought to Monaco from Japan.

But most importantly, do not forget to visit the Botanical Garden of Monte Carlo, which is famous for the richest collection of cacti in the world. There are more than 6,000 species of them here. It is worth coming to this place even if you do not have a great love for succulents and cacti – a breathtaking view of the port of Monaco opens from the top of the garden.

If you stay in Monaco, you will either get tired of drinking champagne with oysters, or you will run out of money. Either way, it’s time to head to the Marché de la Condamine to sample the local cuisine. Chez Roger is hiding in the farthest corner of the market. Try to find this stall, because it serves the most delicious sokka – chickpea flour pancakes, popular in the south of France.

The restaurants of this chain are located even in Moscow and St. Petersburg. However, nowhere else is there such an unusual Buddha-bar interior as in Monaco. It resembles either a Buddhist temple or a casino. The ceilings of the establishment are decorated with wooden cornices and gilding, and in the middle of the restaurant there is a huge statue of Buddha. The menu includes Thai and Japanese dishes. So now you have another option for where to go for dinner so that you don’t eat caviar and snails again.

It seems that with such a rich program, you risk forgetting that Monaco is primarily a resort. The only public beach in the state, Larvotto, is located in the heart of Monte Carlo. It is worth visiting it not only for the sake of turquoise water and snow-white artificial sand. Not every day is it possible to sunbathe on one of the most prestigious beaches in the world.