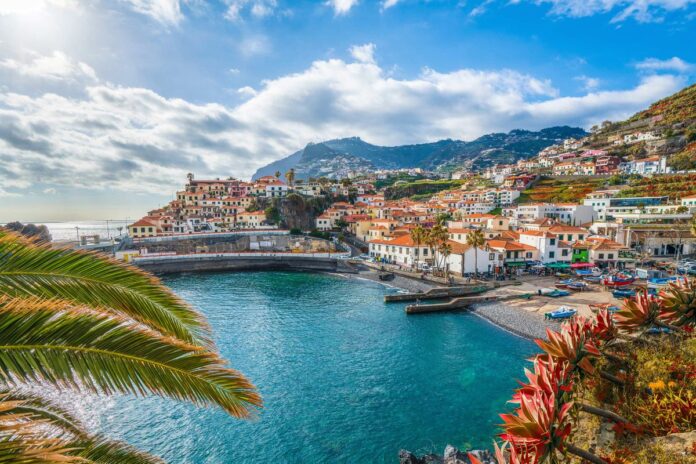 Madeira: It will take some zoom to find this tiny volcanic island on the map, but once you get here, you will never want to leave. Although it is one of Portugal’s two autonomous regions, the island has its own rich culture and a completely unique landscape with impressive cliffs and botanical gardens. The smell of eucalyptus is in the air everywhere here.

As the winner of the World Travel Awards for Best Destination as an Island in Europe 2020 for Outdoor Adventure, Madeira is not a beach destination. In fact, there are not so many beaches here due to the mountainous terrain, but the cliffs are impressive. While traveling around the island, you can visit caves and swim in natural pools. A jeep tour with Madeira Mountain Expeditions takes us to the famous Serra do Fanal forest. Fanal, as the locals call it, has some of the oldest trees in the world.

Here is the largest preserved area of the laurel forest, which is protected by UNESCO World Heritage. This part of the island is subtropical, and due to the volcanic microclimate, it is often shrouded in fog, which makes it feel like you are on a film set. Huge, gnarled trees stretch in and out of the fog in front of you, and the air is humid and warm.

Another attraction is Cabo Girao, the tallest cliff in Europe and the second tallest in the world. The observation deck has a suspended glass platform from which you stand directly above the “fajãs of Rancho” with a magnificent view of the fishing town of Camara de Lobos. As for Madeira cuisine, there are several delicacies that can be distinguished. Many restaurants serve the typical dish, tuna steak with popcorn, and it is delicious.

And then there’s one of the tastiest garlic breads you’ve ever tasted, called bolo do caco, served as a snack with almost every meal. We highly recommend trying espada, the island’s signature dish. This translates to “black fish in a scabbard” and is a soft white fish. Best of all, it’s covered in fried bananas and passionfruit, making it something between sweet and savory.

In addition to seafood, lunch in Madeira includes poncha, a traditional Madeira aperitif made with honey, fresh lemon juice and white alcohol derived from sugar cane. Just like cognac or strong whiskey, it keeps you warm all evening, even when the sun goes down. Madeira is a truly magical island that definitely deserves a place on your wishlist.

Read More About Islands In the World

A – Madeira isnt expensive at all, you can find low cost accommodations and also low cost places to eat all around the island (avoid touristic areas in Funchal, there are more expensive).

Q. What is Madeira famous for?

A – Madeira is famous for its landscape, lore, and its famous wine, which graced the tables of America’s founding fathers.

Q. How do you get to Madeira?

A – Other than catching a flight, the only way to really reach this destination is via a ferry or boat to the island. There are more than a few commercial ferries during the season to Madeira and back. The port of Funchal is the main port of the city and is well connected to many other Portuguese and European ports.

Q. What language is spoken in Madeira?

A – European Portuguese is spoken throughout Madeira, but English is also widely spoken.

Q. What is the best month to visit Madeira?

A – The best time to visit Madeira for the highest temperatures is between August and September, although the subtropical climate provides sunshine throughout the year and the winter months are equally popular with visitors. The hottest month of the year is August, with an average daily maximum of 27 °C and an average minimum of 21 °C.

A – Madeira is one of the poorest regions in all of Europe. As a GDP per capita of 103% of the European average. It is reported to be the second richest region in Portugal, just after the capital of Portugal, and still manages such poverty.

Q. Is Madeira a poor island?

A – With funding and support from the European Union, there has already been much improvement for this autonomous region of Portugal. In 1988, Madeira was still one of the poorest regions in the union, with a gross domestic product (GDP) per capita of only 39.9% of the European average.

Q. How many days do you need in Madeira?

A – And I was more than right. Yes, you can only see the most beautiful/popular places in a week, but hands down, you’ll be on the run. If you can, I’d recommend staying at least 10 days! And if you have three weeks, well, take it slowly and inhale all the relaxing vibes!

Q. How long is the ferry from Portugal to Madeira?

A – There is currently only 1 ferry route between the Islands and Portugal operated by 1 ferry company – the Porto Santo Line. The Funchal to Porto Santo ferry crossing operates weekly with a scheduled sailing duration of approximately 2 hours 30 minutes.

Q. How much money should I take into Madeira?