Places to Visit in Mexico 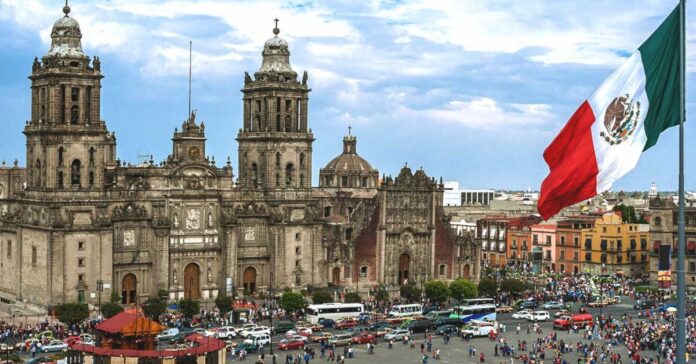 For Americans, Mexico is like Egypt for Russians. Beaches and five-star hotels are accessible by low-cost charter. And also the provincial towns, where it is better for tourists not to meddle without a guide. Here are the top places to visit in Mexico.

But Mexico has more ancient ruins, temples, and pyramids than any other country in the world. Maya, Aztecs, and a number of civilizations tried long before them. They endlessly built and did not destroy someone else’s. New buildings were erected right on top of the old ones – according to the principle of nesting dolls – and most of the Mexican treasures were “mothballed” for the delight of modern archaeologists. On the Yucatan Peninsula, almost every village can boast of “its own” pyramids sticking out of the ground somewhere nearby, although the main attraction here, of course, is Chichen Itza.

Palenque is worth a visit because this ancient Mayan city sits in the midst of a veritable jungle. Toucans fly here, and from the forest, there is a frightening roar of zaraguato monkeys, which, unknowingly, can be mistaken for the roar of angry jaguars. Teotihuacan is the main tourist destination in the country. Esotericists hope to find here enlightenment, strength, or at least just see a UFO flying past. Mexico also has its own Venice – a suburban area in Mexico City called Xochimilco, along the canals of which dozens of decorated pleasure boats float.

Mexican beaches are among the best in the world. For white sand, clear water, and slender palm trees, you need to go to Cancun, where the endless coastline with rows of hotels resembles a giant number “7” from above. Mexico’s cuisine is one of the spiciest on the planet. Local food is sometimes so hot that it is difficult to make out what you just ate.
And Mexican songs are among the loudest. Mariachi dressed in camisoles with guitars will certainly sing you a song about amor, with a sad and passionate chorus “ay-ay-ay-ay” and finish the song with shooting in the air. This is, of course, in films. It’s safe in real life in Mexico, especially if you stick to the hiking trails and avoid the dark bars where mustachioed men with revolvers are plotting another revolution.

Places to Visit in Mexico

The ruins of this Mayan city on the Yucatan Peninsula, according to the results of a worldwide vote, are included in the list of modern wonders of the world. Such fame is associated with the relative proximity to the popular resort of Cancun (the journey takes about 3 hours) – most of the respondents simply did not hear about other Mayan pyramids.

The main pyramid of Chichen Itza – the pyramid of Kukulcan, called in the Spanish manner El Castillo (that is, “castle”), is one of the most replicated tourist symbols like the Wall of China or the Eiffel Tower. This pyramid is an astronomical calendar: the number of steps of its four staircases plus one step of the temple equals 365 – the number of days in a year. The temple at the top of the pyramid was dedicated to Kukulkan, the feathered serpent.

On the days of the spring and autumn equinox, the shadow from the sun glides over the steps of the temple, creating the effect of a snake crawling along the stairs. Next to the pyramid, there is a sacred cenote well, into which the priests dumped sacrifices to the gods, as a rule, human ones. The complex also includes an alley with “a thousand columns” and a round tower “observatory”.

Palenque is worth a visit, if only because this ancient Mayan city is located in the middle of a real jungle. Toucans fly here, and from the forest, there is a frightening roar of zaraguato monkeys, which, unknowingly, can be mistaken for the roar of angry jaguars. Unlike hundreds of other Indian ruins in Yucatan, Palenque is almost completely excavated, but not licked for tourists like Chichen Itza.

Studying the local palaces, temples, and pyramids, you can pretend to be Indiana Jones or Lara Croft. For a cursory inspection of the complex, 4 hours are enough, and for an in-depth one, you can spend several days, settling on a farm near the entrance to the park.

Its structure is based on the Gregorian calendar: the hill with graves consists of 7 levels in accordance with 7 days of the week, the number of graves is 365, like days in a year. The main entrance starts with a staircase of 52 steps, which corresponds to the number of weeks in a year.

This is the most colorful and least graveyard-like place. Each one is executed in an original design. It seems that competition for the most incredible design has been announced here. Or just getting ready for some kind of fun national holiday.

One grave may look like a replica of the famous cathedral, the other looks like a bed with a headboard and pillows. In general, if you wanted to see the most fearless cemetery on the planet, this is definitely it.

The active volcano Popocatepetl is located an hour’s drive from the capital of Mexico – Mexico City. Its name translates as “smoking hill” and it is the second-highest mountain in the country. The foothills of the volcano are covered with greenery, and above 3800 meters there is only stone.

Near Popocatepetl, there is another volcano, although it is already extinct – Istaxihuatl.

by the way, there is a legend that the two volcanoes are lovers who were turned into mountains by the gods. Popocatepetl was a warrior and went to war. To his beloved Istaxihuatl, evil tongues said that he was dead, and she married another. When the brave warrior returned victoriously, the unfortunate woman committed suicide. Following her, Popocatepetl took his own life.

You can get to the Ista Popo National Park, where the volcano is located, by bus from Mexico City. It is better to come here in March-April or September-October, but before the trip, it is worth checking if a new eruption has begun.

Opened in May 2015, the Clear Lounge is the world’s first underwater oxygen bar. In fact, it is a huge aquarium, where, after putting on bathing suits and sealed helmets, tourists descend. In the bar, guests are invited to play a board game, shoot bubbles from a water pistol, dance, and take a picture as a souvenir.

Cocktails in the bar are exclusively oxygenated. They are “served” directly into the helmet, while saturating them with some kind of aroma, like mint or orange to choose from. 20 minutes of diving underwater will cost $ 38, a souvenir photo – $ 22.

The school is located next to the Carrizalillo beach, where surf lessons take place. Surf Holidays offers not only surf lessons but also Spanish lessons. All lessons are in Spanish and English.

Q. Is Mexico a safe country?

A – Rethink travel because of crime and kidnapping. Both violent and non-violent crimes are common throughout the state of Mexico. Use caution in areas outside frequent tourist areas, although petty crimes often occur in tourist areas as well. US citizens and LPRs have been abducted.

Q. What is Mexico famous for?

A – Mexico is known for its food and drinks culture, such as; For origins of tacos, tortillas, burritos, tequilas, and chocolates. It is also famous for Maya temples, cenotes, mariachi bands, beach destinations like Cancun, the ‘Day of the Dead’ festival, and unfortunately, drug cartels.

Q. Is Mexico a prosperous country?

Q. Is Mexico part of the US?

A – The short answer to this question is no. Mexico is not part of Central America. According to the Encyclopedia Britannica: “Central America, the southernmost region of North America, lies between Mexico and South America and includes Panama, Costa Rica, Nicaragua, Honduras, El Salvador, Guatemala, and Belize.”

Q. What is a fun fact about Mexico?

A – Mexico has the largest Spanish-speaking population globally, and Mexico is also the second-most populous country in North America – after the United States. The volcano is the highest peak in Mexico. It is called ‘Pico de Orizaba’ or ‘Volcano Citlaltepetl’ and is 5,636 m / 18,491 ft high.

Q. Is Mexico richer than India?