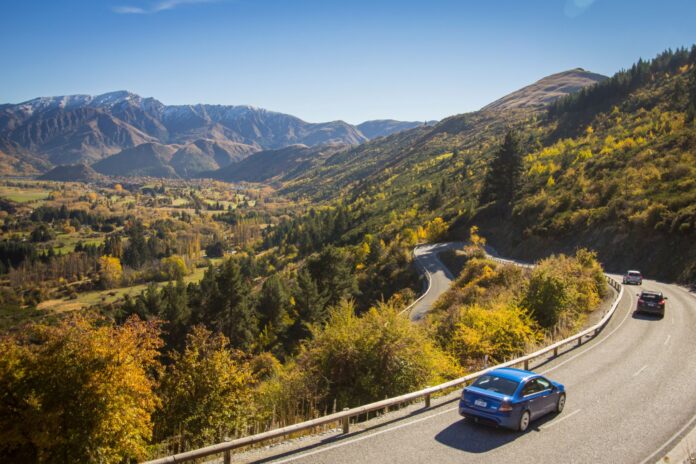 Driving is the best way of getting around New Zealand, not only due to limited public transport options but also because the scenery is just so beautiful. Whether you have weeks, days, or only a few hours, road trip options around the country will leave you in awe of its mountains, coasts, forests, and other natural wonders. But don’t rush these journeys: Part of the fun is pulling over to take a photo whenever you like, and there are often fun detours to waterfalls, swimming holes, lookouts, or fantastic lunch spots. Here are some of the best road trip routes in New Zealand.

Cape Reinga is the northernmost tip of the North Island and offers sweeping views of the Pacific Ocean and the Tasman Sea from the lighthouse at the end of the peninsula. Beautiful Far North scenery can be enjoyed on the drive up, too.

While it is possible to make the return trip to Cape Reinga from the Bay of Islands in a day, a more leisurely option is to start from the coastal towns of Taipa or Mangonui in Doubtless Bay, or even Kaitaia, the largest (small) town in the Far North. It’s 58 miles from Kaitaia to Cape Reinga, which takes about 1.5 hours to

The Coromandel Peninsula extends east of Auckland into the Hauraki Gulf and is easy to reach from the city. As the center of the peninsula is covered in forest, we suggest doing a loop around it to avoid back-tracking. To get here, start in the Thames (about a 1.5-hour drive from Auckland) and drive north to Coromandel town. Head east to Whitianga and then down to Whangamata.

This loop could be done in a couple of days but is worth extending over more. The Pinnacles Walk is a hiking highlight, while on the east of the peninsula, Hot Water Beach and Cathedral Cove are must-visit

The 39-mile Desert Road in central North Island cuts through the high-altitude Rangipo Desert. West of the Kaimanawa Range and east of three active volcanoes (Mount Tongariro, Ngauruhoe, and Ruapehu), great mountain views can be enjoyed along the straight, exposed stretch of road.

The route connects Turangi and Waiouru, although many travelers include it on longer journeys around the North Island. Note that it can be closed due to snowfall at any time of year, so it’s important to check conditions before heading out.

Connecting Taumarunui in the King Country to Stratford in Taranaki, the 92-mile Forgotten World Highway winds through some of the North Island’s most dramatic bush and hill country. Although it is part of the state highway network, parts are unsealed, which gives an indication of how out-of-the-way this road is.

The highway has been described as a roller coaster, so take your time, stopping overnight at Whangamomona. At the Taumarunui end, the landscape is characterized by the grass-covered, hump-like hills common throughout the King Country; meanwhile, in Taranaki, wonderful views of the eponymous volcano can be enjoyed.

While the Forgotten World Highway cuts inland through Taranaki, Surf Highway 45 skirts around the edge. It’s an especially good route for surfers, as the name suggests, but anyone can enjoy the views of the coast and mighty Mount Taranaki.

The whole road only takes about 90 minutes to drive in one go, but part of the fun of this trip is stopping at beachside towns and surf spots along the way, such as Oakura, Ahu Ahu, and Komen Beach.

The East Cape is one of the more remote parts of the North Island, so most travel here will involve some road-tripping from other parts of the country. The Pacific Coast Highway, which connects Opotiki in the north to Gisborne in the south, is not the most direct route between the two towns, but it is the most scenic.

The beaches you’ll see along the Pacific Coast Highway are dazzlingly white, and the sunrises here are particularly good, as this part of the country is the first to see the light of each new day. This area is also rich in Maori culture, so look out for historic pa sites (fortified settlements).

Because the Pacific Coast Highway is more than 200 miles long, we recommend stopping somewhere overnight along the way; do book ahead, especially during peak tourist season, as options are limited. Although sealed, much of the road is in relatively poor condition, so take care.

Although not on the way anywhere exactly, the Croisilles Harbour–French Pass Road is a road trip to take purely for the joy of taking a road trip. French Pass is the narrow channel of water separating the mainland South Island from D’Urville Island, and the currents are so strong here that they can stun fish!

From the turnoff at the highway in the Rai Valley, the drive out to French Pass takes about two hours along slow, winding roads. As the road approaches the end of the peninsula (in the far western outer reaches of the Marlborough Sounds), the views of Pelorus Sound and Tasman Bay open up. The last part of the journey is on an unsealed road.

It is possible to do this journey as a day trip from Nelson or Picton; however, if you want to make the most of it, stay at the Department of Conservation campsite at Pelorus Bridge before you set out on your trip, or at Okiwi Bay or Elaine Bay along the route.

The West Coast of the South Island offers what is arguably the ultimate New Zealand road trip experience. Starting at either end, the 200-mile trip should ideally be spread out over at least a week as there are so many things to see and do along the way. Highlights include Hokitika and Greymouth, the Hokitika Gorge, the Punakaiki Pancake Rocks, Paparoa National Park, Franz Josef, and Fox Glaciers, and the Haast Pass itself.

While Haast to Greymouth (or in reverse) is the most practical route for most travelers, the road trip can be extended all the way up to Karamea, where the road stops. It’s the western gateway to the Kahurangi National Park and the starting point for the Heaphy Track Great Walk. Karamea is 121 miles north of Greymouth, or 60 miles north of Westport.

Many tour buses that ply the 178-mile road between Queenstown and Milford Sound have glass roofs, which allow passengers to properly take in the views of the soaring mountains that tower above the road. Unless you’re 100 percent committed to driving the route yourself, a guided tour is recommended so that you can marvel without distraction.

This road climbs into the Southern Alps mountains and then descends to Milford Sound in the Fiordland National Park. It can be done in a day from Queenstown, but it makes for a long day. Ideally, hang around Milford Sound or other parts of Fiordland for a few days of trekking.

At 12,217 feet, Aoraki Mount Cook is New Zealand’s tallest mountain. Getting there is a relatively straightforward (though extremely spectacular) 204-mile journey from Christchurch.

As Christchurch sits on the edge of the flat Canterbury Plains, the first part of the journey is relatively fast and easy. After Geraldine, the route gets more mountainous and will likely slow down, both due to the conditions and the frequency with which you’ll want to stop to take photos. The view of snowcapped Aoraki behind Lake Pukaki appears at the end of the road like a pot of gold at the end of a rainbow.

Although Aoraki is the “destination” for this road trip, the bright turquoise waters of glacial lakes Tekapo and Pukaki are almost as dramatic.