Things To Do in Indore 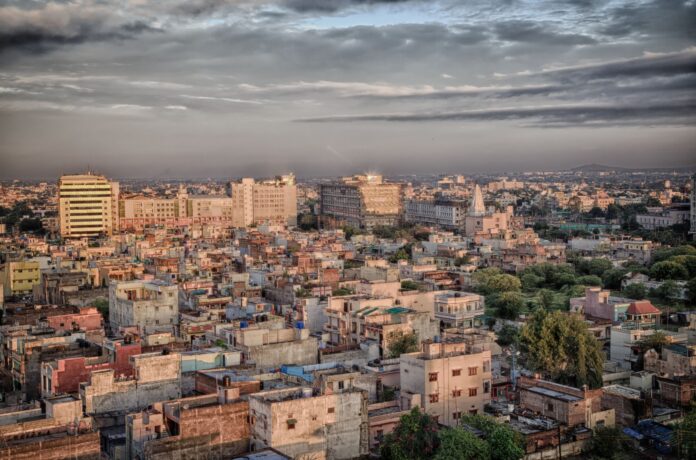 Indore, the second-largest city in Madhya Pradesh, has been a buzzing trade center since ancient times. Located on the edge of the Malwa plateau in Central India, Indore city was founded in 1715 by local landlords and named after the Indreshwar temple that they built a few years later. Things To Do in Central India’s Indore.

In 1733, the Holkars won Indore as part of their war booty in their conquest of the Malwa region. They established their capital here and reigned over the Malwa region until the advent of the East India Company rule in the mid 18th century. The city also served as the perfect trade link between Delhi and Deccan during medieval times.

Top 15 Things To Do in Central India’s Indore

Here are the top things to do on your next trip to the “Cleanest City in India.

1. Step Back in Time at the Rajwada

The Rajwada palace, built by Malhar Rao Holkar of the Holkar dynasty in 1747, is a seven-story royal residence. The palace has been rebuilt at least three times, having been damaged by fire during the 1800s and burned down due to rioting in the 80s. However, it has gotten a facelift recently and is a marvelous architectural space that will take you back in time.

The Rajwada’s expansive courtyard, palatial corridors, and fusion architecture of Maratha, Mughal, and French influences have been enticing travelers for years. While the ground floor has a temple dedicated to Malhari Marthand, the upper floors serve as a museum comprising of artifacts from a glorious reign of the Holkars. A huge iron door with intricately carved Rajasthani jharokhas on either side welcomes visitors to the palaces.

2. Admire the Architecture of Chhatris

Chhatris are raised cenotaphs with domes, designed in the unique Rajput architectural style. They are built over the cremation sites of royals as well as other wealthy and distinguished people of society. Near the Rajwada palace in Indore are the royal Chhatris of the Holkar dynasty at Krishnapura. Meanwhile, on the banks of the River Kahn, royal Chhatris with beautifully chiseled spires enshrine the statues of the Holkar rulers and their queens.

Right opposite of the Rajwada is the buzzing market area of Khajuri Bazaar. It’s the perfect place to shop for Maheshwar sarees and jewelry while seeping into the spirit of the old city. Although modern shopping complexes and malls have come up in Indore, the Khajuri Bazaar remains a favorite with locals, as the shops here offer goods at bargain prices.

4. Pray at a Temple Built by a Queen

Queen Maharani Ahilyabai Holkar holds a revered place in the hearts of the people of the Malwa region. Apart from expanding the city of Indore, she also established the capital of Holkars at Maheshwar. The Khajrana Ganesh temple dedicated to Lord Ganesha was built under her patronage in the 17th century and has since been developed over the years into its present sprawling form.

It is widely believed that Lord Ganesh, the presiding deity at the Khajrana temple, fulfills the wishes of his devotees. Hence, this well-maintained temple of Indore draws huge crowds every single day. The idol of Lord Ganesh was supposedly found in a well nearby, which has been preserved and is still revered. Not to miss are the colorful murals painted on the walls leading to the temple entrance.

5. Learn About the Past at the Central Museum

Indore’s Central Museum has a rich collection of Hindu and Jain sculptures, coins, idols, and scriptures unearthed from various regions of Madhya Pradesh. They mostly belong to the Gupta and Paramara period, which ran from the 9th to the 14th centuries. Apart from these, the museum also has a rich collection of artifacts from the Holkar reign as well as weapons and ammunition.

During the day, the Sarafa Bazaar serves as a hub for shops selling silver and gold jewelry. However, once the shops shut down in the evening, the lane comes alive with food vendors setting up temporary stalls, making it the most visited night market in India.

There are more than 50 dishes on offer, including piping hot gulab jamuns and sabudana khichdi, as well as local delicacies like Bhutte ki kiess and the ubiquitous Poha (made of rice flakes), a favorite dish of the state.

Do stop by the Joshi Dahi Vada stall to watch the cook’s trick of swirling the Dahi vada(fried lentil balls dipped in curd) plate without spilling a drop on the floor!

To the southwest of Indore city, the Lal Bagh Palace—once the residence of the Holkars—is surrounded by a well-manicured sprawling garden of 72 acres. Built between 1886 and 1921 by Maharaja Shivaji Rao Holkar, the gates of the Lal Bagh Palace are said to have been imported from London and modeled after those of Buckingham Palace. With its preserved chandeliers, vibrantly woven Persian carpets, and colorful murals on its ceilings, the Lal Bagh Palace offers a peek into the life of the erstwhile royals.

A short distance from the palace is the Annapurna temple, which is dedicated to the Hindu goddess of food and nourishment. Nearby is a 700-year-old Banyan tree along with a dargah.

8. Soak in the Eclectic Street Art

Indore has been given a renovation in recent years with colorful street art and murals adorning the nooks and corners of this smart city. Street art inspired by the Indian freedom struggle, folk art, spirituality, and yoga add zing to the routes and flyovers across the city. Some prominent places to look for them are the routes leading to the railway station, Central Museum, and Khajrana temple.

9. Marvel at the Glass Temple

The glittering Kanch Mandir is a Jain temple built by industrialist Seth Hukumchand in the early 20th century. Located in the Itwaria Bazaar near Rajwada, the temple’s doors, windows, floors, ceilings, and even paintings are made of colorful glass—including images of the various Jain Tirthankaras that brighten up the temple interiors.

A five-minute walk west of Kanch Mandir is the Bada Ganpati temple, which is supposedly home to the largest Ganesh idol ever installed inside a temple.

10. Sample the Best of Chappan Dukaan

Chappan Dukaan is a lane of 56 shops that dish out delectable street food, sweets, and beverages from 6 a.m. until 10 p.m. From freshly brewed coffee to Mumbai chaat items, Chappan Dukaan has it all. While here, take a bite out of one of Johnny Hot Dog’s famous “hot dogs,” which are essentially veggie burgers made with spicy potato patties. This outlet has the distinction of out-selling the likes of McDonald’s and Burger King in Asia!

The city of Indore is famous for its delicious savories—think snacks made with ingredients such as rice flakes, chickpea flour, and puffed rice; then seasoned with fried groundnuts, spices, and condiments that make them delectable. The most popular of these are the Chiwda.

Before deciding on the plethora of flavors and options, you can taste samples on display at stalls. Although there are many shops where you could buy them, Om Namkeen, located at the far end of Chappan Dukhan, comes highly recommended by local people.

Indore isn’t all about Hindu and Jain temples. There are some beautiful churches located in the resident parts of the city. While the Red Church and the Pentecostal Church are relatively new, St. Anne’s Church, built-in 1858, is the oldest church in Central India.

Pipliyapa Regional Park, spread over 122 acres with a beautiful lake, is a perfect entertainment and picnic spot in Indore. Musical fountains, a biodiversity park, and the labyrinth attract children as well as adults.

If you’re looking for another good spot for a family picnic, check out Choral Dam and the surrounding resort on Mhow Road.

Located on the banks of River Narmada, just 84 miles from the capital city of Indore, the Hanuwantiya Tent city offers cruise tours, village walks, and various entertainment options. The Madhya Pradesh Government organizes the Jal Mahotsav every year, during which time the tent city buzzes with activity.15of 15

Located on the Malwa plateau, 53 miles from Indore, is the ancient fort city of Mandav, also known as Mandu. Known for its unique Afghan architecture, beautiful lawns, and the Jahaz Mahal, Mandu is an architecture aficionado’s dream.

From Indore, one can also embark on day trips to the ancient town of Maheshwar, Omkareshwar temple, and Ujjain, as well as a visit to the rock-cut caves of Bagh.