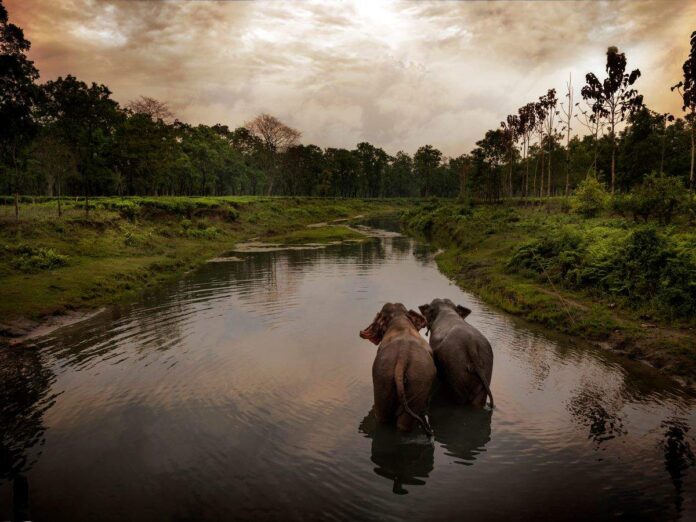 Manas National Park – Located in the foothills of the Himalayas in western Assam, Manas was originally a game reserve from 1928 and became a Tiger Reserve in 1974, a World Heritage Site in 1985, a Biosphere Reserve in 1989. It was then declared as a national park in 1990. The park is along the Baksa Tiger Reserve in West Bengal and in 2003, it was declared part of the Chirang-Ripu Elephant Reserve which serves as an international corridor for elephant migration between Indian and Bhutan. Spread over an area of ​​500 sq km, the park has extensive grasslands and is famous for its unique natural beauty. The park has over 20 endangered species.

There is no insurgency in the park as reported by most informal sources. The arrival of the Bodoland Territorial Council (BTC) has created a state of peace throughout the park. In the past, poor law and order conditions were used by organized smuggling gangs to operate inside. Now there is no need to be afraid to step into the park. Such imaginary fears are not necessary for the journey of Manas.

About half of the park is covered by grasslands of Terai and Bhabar type, with many species of grasslands and forests in the coastal areas. The dense forests are called various types of eastern moist deciduous forests. Undergrounds are very thick. There are more than 650 species of angiosperms alone. The trees most commonly seen are Simul, Oxy, Sissu, Khai, Gamari etc.

Manas is the only landscape in the world where ancient Terai meadows are seen merging with the Bhabar meadows, which ascend semi-evergreen forests with various habitats and then to the Bhutan Himalayas. The biodiversity here is very rich. The last population of pygmy hogs survives in the forests of Manas and nowhere else in the world.

Manas is very rich in the population of Royal Bengal Tigers. The tiger population currently counts to 60, although a ride through the park cannot guarantee seeing a tiger.

The diverse habitat of the Manas is an ideal home for specific birds. Manas boasts the largest population of the endangered Bengal Florican in the world and is also a great place to see the Great Hornbill. The national park lists about 380 species of birds. Notable among Greater Adjutant, Black-tailed Crake, Red-headed Trogo, Swamp Francolin, Wreaths and Rufus-naked Hornbills, Marsh and Jerdon’s Babblers, Rufus-Rumped and Bristol Grassbirds, Hodgson’s Bush-Chat, Rufus-Ventec Lafingthrush, Huh. , Ibis bill and foothills species diversity.

The Burma monsoon forests of Manas lie on the boundaries between the Indo-Gangetic and Indo-Malay biogeographical regions and form part of the Brahmaputra Valley biogeographical province. The combination of the Sub-Himalayan Bhabar Terai runs along the succession of the river to the sub-Himalayan mountain forest, making it one of the most rich biodiversity areas in the world.

Two major biomes are represented in Manas – the grassland biome and the forest biome.

The main vegetation types are: i) sub-Himalayan mild alluvial semi-evergreen forests in the northern parts, ii) eastern Himalayan mixed moist and dry deciduous forests (the most common type), iii) low alluvial savanna woodland, and iv) semi-alluvial Assam Valley. Evergreen alluvial grasslands that cover about 50% of the park. Most of the dry deciduous forest of the river is in early gradual state. It is replaced by moist deciduous forest away from water courses, which is succeeded by a semi-evergreen hiking forest in the northern part of the park. A total of 543 plant species have been recorded from the core zone. Of these, 374 species are dicotyledon (including 89 trees), 139.

By Air
The nearest airport is at Guwahati (176 km). Taxis are available from the Guwahati Airport to the park.

Q. Which is better, Kaziranga or Manas?

Q. What is the best time to visit Manas National Park?

A – Both summer and winter are good times to visit Manas. The park is open from October to May every year. During the monsoon (June to September, sometimes mid-October), the park remains closed, as Assam experiences heavy rainfall and floods every year.

Q. Is Manas a Wildlife Sanctuary?

A – Manas Wildlife Sanctuary is located in the state of Assam in northeast India, which is a biodiversity hotspot. Covering an area of ​​39,100 hectares, it spans the Manas River and is surrounded by the forests of Bhutan to the north.

A – Located in the foothills of the Himalayas, it is adjacent to the Royal Manas National Park in Bhutan. The park is known for its rare and endangered endemic wildlife such as Assam roofed turtle, herpid hare, golden langur and pygmy hog. Manas is famous for its population of bison.

Q. How many tigers are there in Manas National Park?

A – Today, according to a study done in 2019 in Manas NP, the estimated population of tigers is 52. A minimum of 25 adult tigers were caught in all three categories of the park.

A – Manas is one of the first reserves in the network of tiger reserves under Project Tiger in 1973 with unique biodiversity and landscape, based on the foothills of the Bhutan-Himalayan foothills in the state of Assam.

Q. How do you reach Manas National Park?

A – Travelers can also reach Manas National Park by road in Kaziranga, Darjeeling, Shillong and Siliguri. You can also reach the park by train if you wish, but you will have to get down at the railway junction on Barpeta Road and then travel an additional 19.8 miles (32 km) to get to the park.

Q. How far is Manas National Park from Guwahati?

A – Manas is 176 km from Guwahati which is about 5 hours by road trip.

Q. How do I reach Barpeta Road from Manas National Park?

Q. What is Manas Sanctuary in Assam known as?

A – Manas Wildlife Sanctuary is located at the base of the Bhutan-Himalayan foothills in the state of Assam. The park is famous for its rare and endangered endemic wildlife like Assam Roofed Turtle, Hispid Hare, Golden Langur and Pygmy Hog. Manas is famous for its population of bison.

Q. Manas was declared a national park in which year?

Q. Where is Manas Located in Bhutan?

A – Located in south central Bhutan, Manas is associated with the Manas Tiger Reserve, a World Heritage Site, on the southern border of India. In the north it is in the boundary of Jigme Singye Wangchuk National Park. The Royal Manas was designated as a wildlife sanctuary in 1966, making it Bhutan’s oldest protected area.

Q. Where is the Manas river located?

A – Manas River on Assam / Bhutan border. The Manas River (pronounced: mʌnəs; Drangme Ch छू in Bhutan; China in Niyamjung) is a border river in the foothills of the Himalayas between southern Bhutan and India.