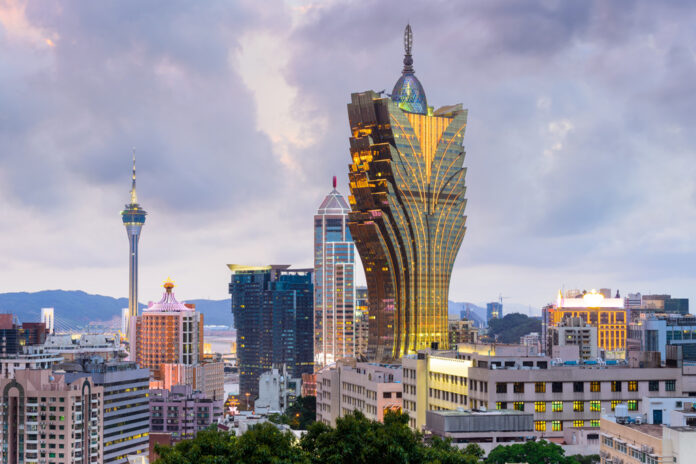 Macau is one of the most underrated travel destinations in the world. Traditionally, foreigners are much more attracted to neighboring Hong Kong with its skyscrapers, shops, and amusement parks, and Macau has to be content with rare domestic tourists and gamblers. But in fact, Macau is much more than the “Chinese Las Vegas”, this former Portuguese colony has something to offer even the most sophisticated of travelers.

Macau is the most European city in China, where Chinese and Portuguese traditions and architecture are amazingly combined. Here, colonial mansions coexist perfectly with skyscrapers, Catholic churches – with Buddhist shrines, all signs on the signs are duplicated in Portuguese, and in restaurants, Chinese delicacies coexist with popular European dishes. After visiting the central square of the city, paved with black and white cobblestones and surrounded by colonial buildings, you get the feeling that you are in Portugal, conquered by the Chinese: the assortment of shops consists mainly of green tea, dried sea reptiles and fakes for antiques, Chinese and Cantonese speech is heard everywhere, the kiosks sell the Chinese press.

Gradually casinos, skyscrapers, and multi-lane highways are replacing European architecture and luxurious parks in Macau. But, fortunately, the inhabitants of this city remember its history and honor traditions, so that the main attractions are still in place. The most important of them are the ruins of the Church of St. Paul, built in the 17th century and burned down in the 19th. After the fire, only a five-story facade, decorated with Chinese and European ornaments, remained from the main cathedral of Macau, which looks especially impressive in sunny weather against the background of a bright blue sky. The oldest active church in the city is the Cathedral of St. Dominic, an outstanding Baroque architectural monument founded by Spanish Dominican monks.

One of the most ancient buildings in Macau is the Taoist temple A-Ma, dedicated to the goddess of fishermen and sailors Mazu. This temple is much older than the city itself, it was built in 1488, it was in it in the 16th century that Macau was leased to Portugal.

The Portuguese had to build not only churches on the peninsula but also a couple of fortresses to defend themselves from the raids of pirates and others who wanted to recapture their port. Both of them are located on green hills with excellent views of the city. The Monte Fortress was once Macau’s main military establishment. Along its perimeter are ancient cannons and two observation towers, and inside is the Macau Museum. The road to the fortress starts right from the ruins of St. Paul’s Cathedral, the ascent is not difficult.

You can also climb to the Guia fortress, located in the eastern part of the city, on foot, but here you have to sweat, so if you are not a fan of trekking, we recommend using the cable car. On the Guia hill, in addition to the fortress itself, there is a small chapel and a Portuguese lighthouse, built in the middle of the 19th century and becoming the first western-type lighthouse in China. And at the foot of the hill, next to the lower station of the cable car, there is a beautiful European-style garden.

For the spirit of old Macau, head to the nearby islands, Taipu or Coloan. Both are interesting in their own way, the main difference between them is that real old mansions, churches, and temples have survived on Koloan (not all of them are in good condition), and on Taipa, most of the buildings are either recently built or restored beyond recognition. The islands are connected by an artificial isthmus called Cotai, which houses many hotels and gambling houses, including the largest casino in the world – The Venetian Macao.

The symbol of Macau is considered to be a 20-meter bronze statue of the goddess of mercy Kun Yam (aka Guanin or A-Ma), located on a small bulk island. This is the first thing that tourists see when they arrive in Macau by boat. At the foot of the statue, shaped like a white lotus flower, there is a small museum and library. Opposite the statue is Dr. Sun Yat-sen Street, Macau’s main drinking district, lined with bars and decent restaurants. Many establishments here work around the clock, which, in principle, is not typical for China, where restaurants close at 10 o’clock at the latest.

Local cuisine deserves special mention; it is a unique and sometimes surprising combination of European and Cantonese cooking techniques and products, often using Indian and African spices brought here by Portuguese sailors. Macau is one of the few places in the world where fusion food is not a forced attempt to follow fashion, but a spontaneous and therefore natural culinary tradition. Don’t miss the minchi (minced pork with rice and egg), the Portuguese chicken, and the curry crab stir-fry. And don’t forget the famous egg cakes!

And if you have time and desire, you can drop by the casino, of course.

Previous article
Reasons to go to Flores
Next article
Malaysia: What is UNESCO Protecting?