GANGTOK – A BLISSFUL HEAVEN IN THE NORTHEAST 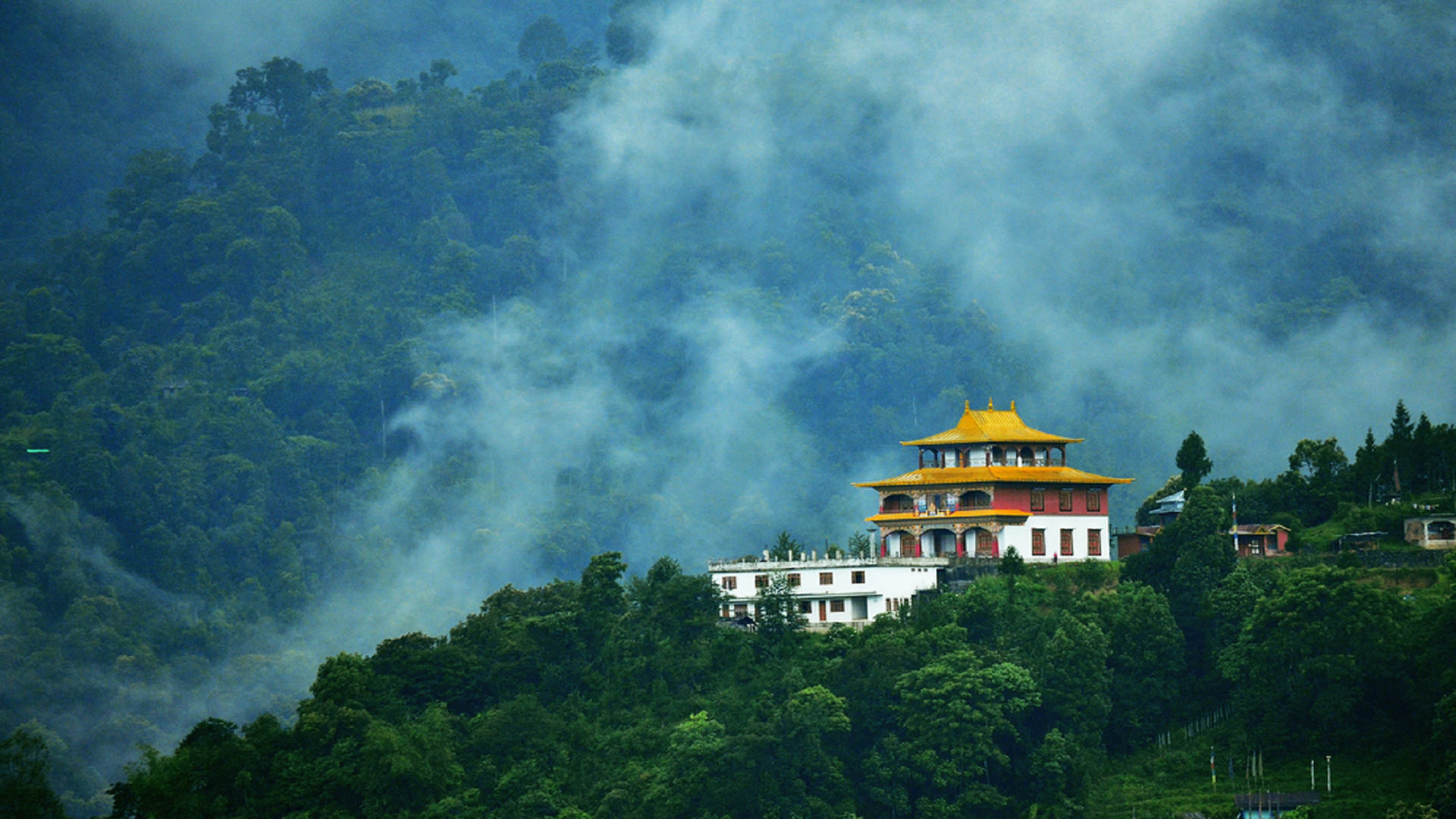 Gangtok is one of the more popular hill destinations in India’s northeast region. Most travelers visit Gangtok with the idea of catching a glimpse of the spectacular Kanchenjunga, the third-highest peak in the world. On a bright, sunlit day it is a sight to behold. Blissful heaven in the northeast – Gangtok

Part of the lower Shivalik hills of the mighty Himalayas, Gangtok stands at an altitude of 5047 feet (1538.3 meters). Gangtok roughly means ‘Majestic or Lofty Hill’. Prayer flags fluttering in gay abandon, lamas busy mumbling holy chants, brightly painted pagoda roofed houses lined with begonias and orchids, are some of the signature sights of this hill town. Lepchas, Bhutias, and Nepalis comprise the main ethnic groups of the town. In recent years, Gangtok has emerged as a center of Tibetology. Travelers interested in Tibetan Buddhism and culture make a beeline to the town’s many monasteries and institutions of learning.

TOP 5 PLACES TO VISIT IN GANGTOK

A trip to Sikkim is not complete without sighting Changu Lake. A glacial lake in East Sikkim, Tsomgo or Changu as it is popularly called means ‘Source of the Lake’. It is 40 km away from Gangtok and takes 2½ hours to reach by a hired car. The journey to the lake is an enchanting one with a number of beautiful waterfalls en route. The lake is surrounded by beautiful flowering plants/trees like primula and pine, thereby producing a breathtaking effect.

The lake remains frozen throughout the winters right up to April. To enter the lake area, tourists, especially foreigners, are expected to possess a permit, which can be easily arranged by a registered and recognized travel agent or from any of the Sikkim Tourism offices.

Do Drul Chorten is a very important stupa in Sikkim. An uphill walk up to the monastery with alpine forests on either side leads to a calm and picturesque setting. This holy stupa was built under the direction of Late Truslshi Rimpoche in 1945. It is part of the Nyingma sect of Tibetan Buddhism.

There are 108 prayer wheels and the wheels have a special meaning. Turning off these wheels goes along with the chanting of the mantras engraved on them. While turning the wheels, one ought to say ‘Hail to the jewel in the lotus’. One can see the devout and monks do the same. The sound of a collective chant emanates from the prayer and meditation rooms in the monastery can also be heard in the background.

Shaped in the form of a Chinese Pagoda, Enchey Monastery worships Buddha, Loki Sharia, and Guru Padmasambhava. This 200-year-old monastery can be reached by taking regular buses, jeeps, or by hiring taxis from Gangtok. The drive to the monastery is dotted with colorful blooms, intermittent waterfalls, beautifully stacked shops of green leafy vegetables, and local produce. The green of the forest and the hazy blue of the sky merge with the spiritual flavor of the monastery area and the effect is transcendental.

Emchey means ‘a solitary temple’. True to its name the monastery is surrounded by tall pines and glistening mountain ranges, instilling one with a typically quiet and calm, so intrinsic to any spiritual exercise. The beautiful landscape adds to this spiritual content. The monastery houses a hundred monks belonging to the Nyingma order.

Rumtek Monastery is situated at an altitude of about 5800 feet (1547 meters) and is located in eastern Sikkim. 24 kilometers from Gangtok, the 300-year-old monastery was mostly in ruins and surrounded by dense jungle growth till about half a century ago. In 1959, His Holiness the Sixteen Gyalwa Karmapa accepted the Chogyal’s invitation to set up his seat in Sikkim. And he gathered resources to begin construction of new facilities to support his monastic seat surrounding the old monastery.

The foundation stone of the new monastic center was laid by the King of Sikkim. The General Secretary for the Sixteenth Karmapa, Dhamchoe Yongdu, led the project and the carried out the construction, after meeting Pandit Nehru for funds. The sacred items and relics that were shifted were soon installed. Thus the new Rumtek Dharma Chakra came up two kilometers away from this old monastery.

Located strategically on a hill that is easily accessible from the main market of Gangtok, the Namgyal Research Institute of Tibetology stands tall in its commanding structure. The structure itself is a work of art with exquisite murals and paintings adorning the walls. The site on which the institute was established was donated by the late Chogyal (king) of Sikkim, Sir Tashi Namgyal in memory of his departed son Paljor Namgyal. The foundation stone of the institute was laid by the 14th Dalai Lama in the year 1957 and the institute was declared open by the late Prime Minister of India Pandit Jawaharlal Nehru on the 1st of October 1958.

Travel during monsoon months can be a tricky affair due to landslides. Also, during monsoons, the views are very often obstructed by clouds. Avoid this season except if you are specifically going to enjoy rains upcountry.

Frequently Asked Questions About Things To Do In Gangtok

Q. What are some of the adventurous things to do in Gangtok?

Q. What are the things to do in Gangtok at night?

A. There are many live music clubs in Gangtok which you should definitely visit to enjoy the nightlife of the city.

Q. What are the popular monasteries in Gangtok?

Q. What all animals can one find in the Himalayan Zoological Park?

A. Various animals that one can witness in this Zoological Park are Himalayan Red Panda, Himalayan black bear, snow leopard cat, Himalayan Monal Pheasant, Goral, Crimson-horned Pheasant, and many more.

Q. What is the best time to visit Gangtok?

A. There are two seasons when Gangtok is at its best. First from March to June and second from September to November.

Previous article
PUSHKAR – HISTORY, ‎FESTIVALS, AND LANDMARKS
Next article
TABO – THE VILLAGE OF CAVEMEN AND LAMAS