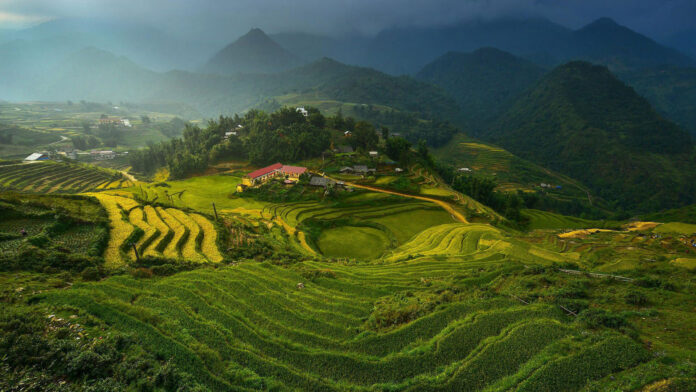 What makes Pelling one of the most compellingly sought-after tourist destinations today, not only in Sikkim but in the entire northeastern belt of India? Is it its untainted natural beauty that can easily conjure the most romantic ballads of praise from a bard? Or, is it the spiritual antiquity that still holds its ground against unfavorable influencing (read commercial) elements in spite of the amazing metamorphosis of Pelling into a fast developing town? Pelling is really all that and much more as this cozily tucked away lofty town offers a really close and fantastic view of the mighty snow-capped Kanchenjunga – a sight that you would love to wake up to every morning. Sounds interesting, you say? Then by Jove, pack your bags and be prepared for a real joyride, because there’s more to where these good things actually come from.

As one of the oldest monasteries in Sikkim and surely the most sacred of them, Pemayangtse Monastery holds a special place in the labyrinth of the state’s cultural history. A moment of reclusive peace, a feeling of mind-whirling introspection, a newfound urge to set off on an unending soul search – Pemayangtse makes you go through all these and more. Of course, when a place means something like “perfect sublime lotus” literally, your mental projection would scarcely head towards some other direction. Pemayangtse Monastery is a tri-level building filled with some magnificent artifacts of great historical value on each of the floors. The third floor of the monastery contains what would be the most fascinating of the lot – a seven-tiered painted wooden structure of Guru Rinpoche’s abode, Zandog part, done up with dragons, rainbows, and an entire ensemble of all the Bodhisattvas.

Rabdentse was the seat of the second capital of the then princely state of Sikkim. It became the second capital of Sikkim after the second Chogyal (monarch) shifted his royal base from Yuksom in 1670 to this very place. Bounded by a valley thickly overgrown with virgin forests, Rabdentse Ruins is really a remarkable sight. Even the leisurely walk to the ruins will take you through a scenic route that will seem like a poetic illustration out of a fairy tale, with goldfish-filled placid lakes and exotic species of orchids giving you company all the way. The parapet of the former capital affords some of the most spectacular views of the misty mountains beyond. The best time to visit this ruins would be the spring season when the whole valley comes alive, enhancing the splendor of the destination by greater levels.

Sangachoeling Monastery, the second oldest monastery in Sikkim rests peacefully on what looks like a mesa, about 3 kilometers (1.86 miles) southwest of Upper Pelling. Literally meaning the “land of the sacred spell,” Sangachoeling Monastery was initially built in 1697, although the original structure crumbled under the impact of a serious earthquake. The surreal ambiance of the monastery is ideal for visitors who want to enjoy some quality soliloquy and meditate amongst the resplendent nature around. The followers of the Nyingma-pa sect hold the Sangachoeling Monastery in great reverence, even as the historical complex is considered a great center for Tibetan Buddhism studies in India.

Related Article – A BLISSFUL HEAVEN IN THE NORTHEAST – GANGTOK

Q. What is the distance between Pelling and Gangtok?

A – The distance between Gangtok and Pelling is 113 km.

Q. Is Pelling skywalk is the first in India which has a glass bottom?

A – Sikkim Skywalk is India’s first glass skywalk. It gives a spectacular view of the Chenrezig statue and the stairs leading up to it, with golden prayer wheels on either side.

Q. What is the average Pelling temperature?

Q. Which are the best hotels available in Pelling?

A – Below are the hotel options available –

Q. Which one is better Pelling or Kalimpong?

A – Kalimpong is at an altitude of 1247 meters while Pelling is at 2150 meters. This difference makes the pelting much colder than Kalimpong. Both locations can be used to relax and unwind. Both are comparatively few tourists.

Q. What is Pelling’s altitude?

A – Pelling is a delightful city in West Sikkim, situated at an elevation of about 2150 meters.

Q. Do Pelling has an airport?

A – Pelling has no airport of its own. The nearest airport is Bagdogra Airport in Siliguri at a distance of 143 km.

Q. What are the major Pelling attractions?

A – Top Attractions in Pelling

Q. What is the best time to visit Pelling?

A – The best time to visit this picturesque place is between the months of September to May. The winter season and the beginning of summer are the most favorable times to visit Pelling. The monsoon season is the least preferred season, as, during this period, there is torrential rain in Pelling.

A – The Pelling (6800 ft) located in West Sikkim is primarily for Himalayan views and monasteries, especially the Pemangyete monastery. Offers a spectacular view of the snow-capped mountains of Kanchenjunga (October – March). Pelling provides a quiet stay and is the base point of many treks in the nearby Yukasom area.