What is the open sea? 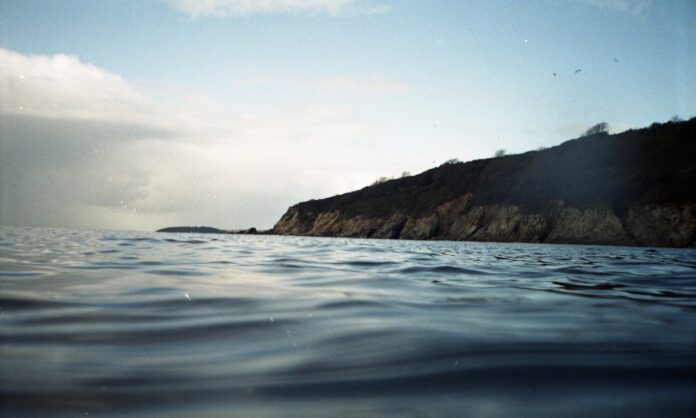 What is the open sea? If you look at old maps, you can see that before the seas and oceans were divided between countries and belonged to someone. The powers that were the first to begin to explore the ocean appropriated parts of it: for example, the sea was divided between Spain and Portugal for a long time, and it was impossible for ships of other countries to sail there. Now it is not so: there is the concept of the open sea. We will tell you what it is and how it is implemented in the modern world.

What is the “open sea” and what are the principles underlying this concept?

For the first time, the definition is found in the title of the treatise Mare Liberum of the Dutch lawyer and one of the founders of international law Hugo Grotius in 1906. We use this expression even now. In the treatise, Grotius defended freedom of movement by the seas: it was economically beneficial for the Netherlands Empire. He believed that all states have the right to naturally trade with each other using sea routes. And therefore the waters of the seas and oceans cannot belong to anyone.

How is the concept of the high seas used now?

The currently used UN Convention on the Law of the Sea (adopted in 1982) is largely based on the provisions and ideas of Hugo Grotius. Here are the main points:

Freedom of navigation. Any ship of any state can sail in the ocean, but it must sail under the flag of this state.

Freedom to fly over the world’s oceans. This does not include airspace over territorial waters.

The freedom to lay submarine pipelines and cables, which is especially important now that most of the communication and television systems are available to the whole world thanks to transatlantic submarine cables.

Freedom to build artificial islands and other structures are provided for by international law.

Freedom of fishing and sea fishing.

Unlike “no-man’s” lands, the world’s ocean belongs to everyone at once, and no one can appropriate it. Here you can draw an analogy with parking at a shopping center: if there is free space, you can park, but if you leave, someone else will take your place.

Are there any benefits to landlocked countries?

The benefits of the ocean are enjoyed by everyone, including the inland countries (for example, Belarus). A landlocked country can buy sea-going vessels and carry goods or conduct other activities. Here, too, there are rules: for example, any ship at sea has a flag and this flag determines the law applicable to the ship. If any crime is committed on a ship sailing under the flag of Belarus, it will be investigated and the perpetrators tried according to the laws of Belarus.

And where does the end of the territorial water and the open sea begin?

So, the state controls only what is near its coastline and the ships that fly its flag. The rest of the sea and the ocean are common waters, they can be used by everyone, but with some restrictions. More clearly, the water system can be described as follows:

There is a baseline from which the territorial sea is measured. This is the low tide line along the coast or the low tide mark closest to the coast.

Inland waters are rivers, lakes, and archipelago waters. The state has full sovereignty over them: even a peaceful passage is impossible without permission.

The territorial waters extend 12 nautical miles from the baseline. They are considered the sovereign territory of the state, although foreign ships are allowed innocent passage through these waters or transit passage in case of straits. This sovereignty also extends to airspace and seabed.

The contiguous area includes 24 nautical miles from the baseline. Her state controls that there are no violations of its customs, tax, immigration, or health laws.

The exclusive economic zone is as much as 200 nautical miles up to the open sea. Here the state controls all economic resources, including fishing, mining, and oil exploration.

The continental shelf also stretches 200 nautical miles. The owner country has the right to use the natural resources of the seabed, but other states can lay cables and pipelines by asking permission.

The sovereignty of airspace extends over the territorial sea zone, that is, 12 nautical miles, and upwards by 21 kilometers. This figure was taken for a reason – this is the upper limit within which aircraft are able to fly.

Are there any problems with the open sea?

In practice, such a convenient and simple high seas system creates a problem that is called the “tragedy of shared resources.” The problem looks like this: there is a common resource that brings benefits. It is depleted from use, but no one is involved in the restoration of the resource and control over its exploitation. As a result, each participant tries to use the benefit to the maximum – without thinking about exhaustion and other participants in the process. As a result, the resource is depleted so much that no one can use it.

To solve this problem, a supervisory body is needed that regulates the exploitation of a common resource and does not allow anyone to abuse the good. All states have the right to fish and everyone understands that if they overdo it, the fish can simply die out. But everyone thinks: why should we be the first to self-restrict and reduce the amount of fish caught? Let another state do it. To a large extent, so far this tragedy of a common exhaustible resource is mitigated by the fact that states understand the risks and are able to establish rules that regulate, among other things, the amount of fish caught. For a long time, the ocean was actually a huge dump, but states realized this and developed a number of treaties that restrict or prohibit certain activities and discharges of substances.

What is the Flag States of Convenience?

It is precisely the issue of environmental protection that has led to the fact that now the world community has begun to pay close attention to the so-called “states of convenience”. A FOC is a ship that bears the flag of a country other than the true owner of the ship. Thus, among the world’s largest fleets were the fleets of states such as Panama, Liberia, and the Marshall Islands – small countries that are trying to cash in on the trade of sovereignty. For example, more than 30% of the world’s merchant marine is under the jurisdiction of Panama.

What’s the problem with FOCs?

Article 91 of the UN Convention on the Law of the Sea states that each state independently establishes the conditions and rights to provide its flag to ships. Accordingly, small poor countries create favorable conditions for themselves. Low registration fees, low or no taxes, the possibility of using cheap labor – all these factors persuade the shipowner to decide to register in a country of convenience. Once a FOC ship is registered, many shipowners recruit the cheapest labor they can find, pay the minimum wage and cut costs by using the lowest standards of crew living and working conditions on board.

All this affects the overall safety of cargo transportation and, of course, the state of the environment. An example is an environmental disaster that occurred when a platform sank and a huge oil spill occurred. This platform was registered in the Marshall Islands, which had no idea what was happening and had no control over the platform. The question arose who would be responsible for what happened. After that, the states began to more closely monitor the flag under which the ship is sailing, port inspections appeared. All major ports today check the general conditions on the ship, the working conditions of the crew, and other important nuances.

How else do states use the world’s oceans?

Since technology finally allows us to implement large-scale construction projects, in addition to standard ways of using the world’s oceans, the practice of building up state territory is widespread. The Netherlands is a prime example. More than half of the country’s territory was enlarged as a result of the use of dams, which pushed the sea back and exposed the bottom so that it could be populated. Now, among the fields of tulips and valleys with mills, you can see a sign that the territory is located, for example, 10 meters below sea level. If suddenly the dams burst or the ocean rises as a result of global climate change, half of the territory of the Netherlands will be flooded.

Japan, instead of completing the construction of land, goes to the open sea, actively using pontoons. There is even an entire airport in Japan, which is built on a large island. The territories obtained in this way are legally regarded as ships, and not as land owned by the state. And in the case of Japan, the law of this country is valid there only because the structure was built by Japan.

What about the seabed?

The seabed area also belongs to everyone at once and can be exploited. There are also very valuable rare earth metals on the seabed. Of course, even now their extraction is difficult, since the pressure is enormous at great depths, and protection is needed even more impressive than at the space station. And therefore, significantly fewer people have visited the bottom of the Mariana Trench than on the moon.

But there is little that can stop business projects, so the start of commercial development of the seabed is announced as early as 2025. Environmentalists are worried that these are all very poorly understood ecosystems, and it is impossible to predict how they will be affected by large-scale oil production. The Convention on the Law of the Sea was supposed to designate the regime for the use of the seabed, but some developed countries, in particular the United States, strongly opposed this state of affairs, saying that they did not want to limit their profitable prospects. And, unfortunately, in the end, they got their way. Here, of course, developed and rich countries benefit, as they can afford to use expensive technologies. Nonetheless, developing countries are also getting involved: India has announced plans to start deep-sea mining in 2021.

Has anyone tried to challenge the laws of the high seas?

An interesting attempt to break the system of sovereignty and appropriate territory in the sea was made in 1967 by a retired British major, Roy Bates. He settled on the Rafs Tower offshore platform, located in the North Sea, ten kilometers off the coast of Great Britain, and declared its territory the Principality of Sealand. The fact is that until 1987, the platform was actually located outside the territorial waters of Great Britain and other states. Therefore, Sealand claims sovereignty over the territory of the offshore platform and territorial waters around it. Physically, the territory of Sealand emerged during the Second World War. In 1942, the British Navy built a series of platforms on the approaches to the coast. One of them was the Roughs Tower. During the war, anti-aircraft guns were placed on such platforms and a garrison of 200 people was located.

Major Bates took advantage of a legal loophole and legally created the state. Unfortunately, no one has recognized Sealand to this day. But it has its own Constitution, ministries, stamps, money, and even a radio station.

Read About the World Heritage Sites